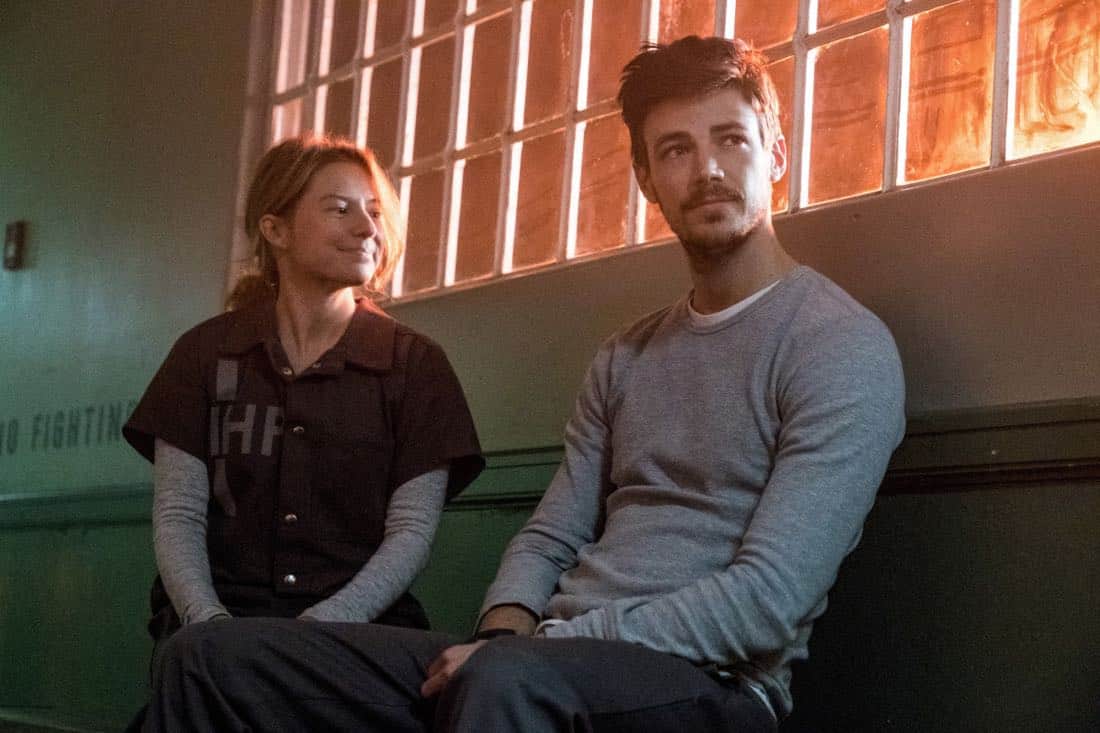 AMUNET MAKES A BIG PLAY — After hearing that Amunet (guest star Katee Sackhoff) has struck a deal to buy all of the metahumans in Iron Heights, Barry (Grant Gustin) must decide if he should expose his powers in order to save his cellmates. After a visit from an old friend, Ralph (guest star Hartley Sawyer) is reminded of his shady past and wonders if he’s really a changed man. Tara Nicole Weyr directed the episode written by Jonathan Butler & Gabriel Garza (#413). Original airdate 2/6/2018. THE FLASH Season 4 Episode 13 Photos True Colors