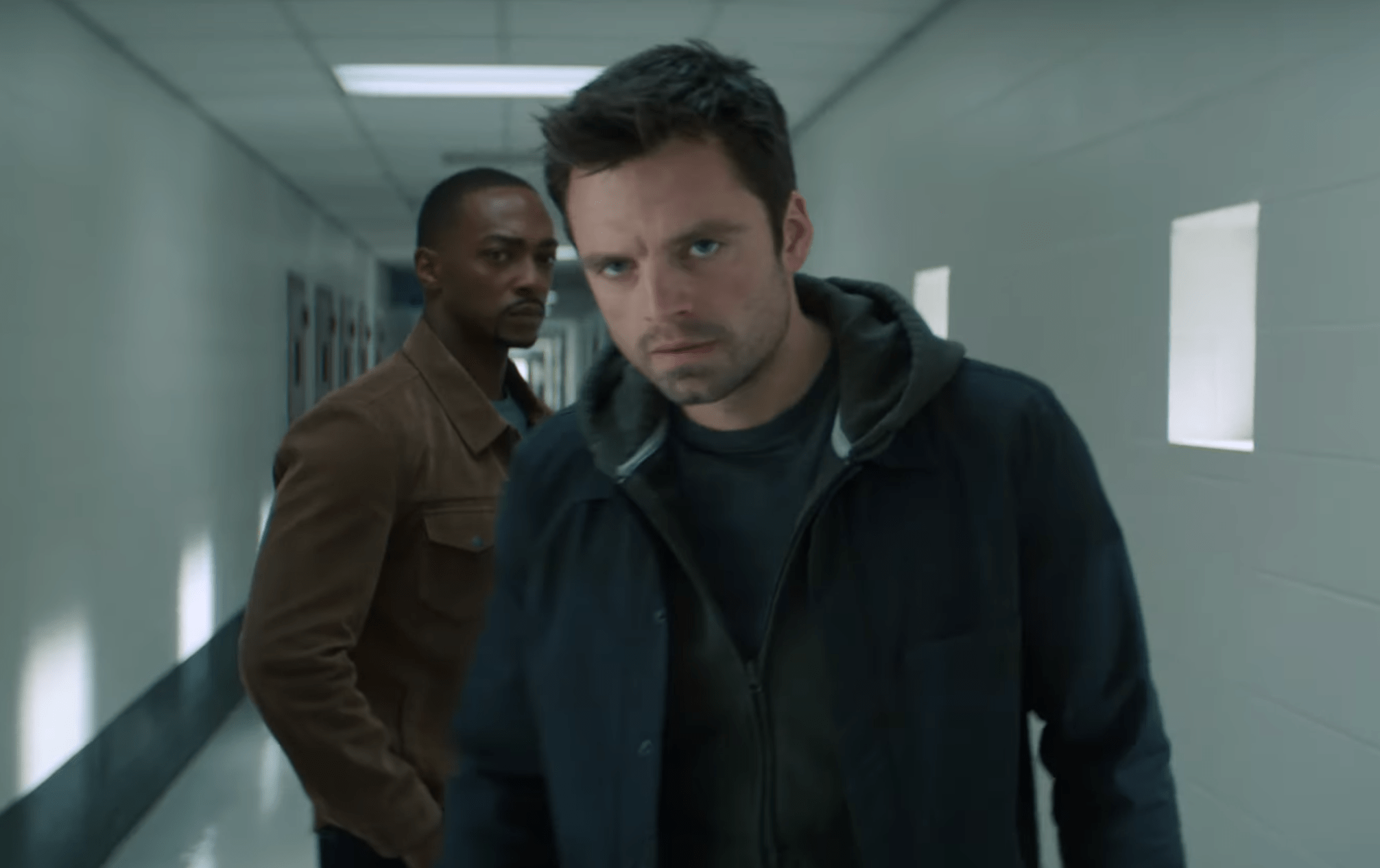 SPOILER WARNING: This review contains spoilers about the first (and only the first) episode of the series.

Marvel’s second MCU television series premiered on Disney Plus this weekend. THE FALCON AND THE WINTER SOLDIER, as the title implies, follows Sam Wilson, a.k.a. The Falcon (Anthony Mackie) and Bucky Barnes, a.k.a. The Winter Soldier (Sebastian Stan). Doing what, it’s not quite clear in the first episode, as the two do not come into contact. Nor are two more important characters from the films, Sharon Carter (Emily VanCamp) and Zemo (Daniel Bruhl), anywhere in sight. But the first hour is a set up as to where the two heroes currently are and what their state of mind is before the six-episode story really gets going.

The premiere of THE FALCON AND THE WINTER SOLDIER starts with a big action sequence featuring The Falcon before it gets personal. I know a lot of people watch Marvel for the big action sequences, and this one should satisfy them. It’s a start-of-the-movie bit, with the hero versus a gang of villains. Not even close to a final showdown, but something to get people excited.

Personally, I thought it went on a little long. Perhaps it did so because there was almost no more action the rest of the episode and they wanted to take care of that segment of viewership. But things got a lot more interesting for me once we checked in with Sam the person, not Sam the hero, and that’s what I hope THE FALCON AND THE WINTER SOLDIER is primarily about.

Sam is not a man out of time, but he is a man out of step with everything around him. His family has been suffering financially, his sister, Sarah (Adepero Oduye, 12 Years a Slave), having to take care of the family business herself when Sam blipped out of existence for five years. (And can we PLEASE have a series set DURING the blip??? I need to see that!) Sarah doesn’t welcome him back with open arms. Sam is determined to hang onto the past, which causes conflict between them. The question remains, will it be possible for him to do so? Or does he need to move on?

Along similar lines, Sam willingly gives up Captain America’s shield to the Smithsonian, not able to see anyone else but Steve Rogers as the Cap. But by handing over the shield to the U.S. government, he gives up control of Steve’s legacy. So like his family’s business, things may now have taken a turn that he doesn’t have anything to do with and can’t get back.

By contrast, in THE FALCON AND THE WINTER SOLIDER, Bucky is trying to make up for the past rather than change it. He is in therapy with Dr. Raynor (Amy Aquino, Borsch) and slowly making amends for the wrongs he did as the Winter Solider. This isn’t easy, but he’s trying, and that’s what matters, even if I’m not sure he’s feeling it does. At least this is something that gives him purpose, considering almost everyone he knew is dead and he’s a man out of time.

He also dips his toe into the dating pool with entertaining results, proving just what an old man he really is at heart. It’s the type of comedy mined for Steve in the films, but somehow seems even more amusing when it happens with Bucky.

Of course, there is a villainous group rearing their heads halfway around the world, as Sam’s friend Joaquin (Danny Ramirez, The Gifted) is looking into. This will probably be the mission that brings Sam and Bucky together. Zemo and Sharon Carter are probably connected, too. I’m guessing that will be the main thrust for the next five episodes.

But I hope as THE FALCON AND THE WINTER SOLDIER takes off, it doesn’t forget what this first installment was about: two men searching for their place in the world. I find that tale more compelling, and that’s the one I want to see more of. Sure, they can go kick butt against supervillains and that’s entertaining. However, rich characters are the heart of the franchise, and with six hours to tell the story, there’s plenty of time to explore that here. Let’s hope they do.

THE FALCON AND THE WINTER SOLDIER releases new episodes to stream Fridays on Disney Plus.