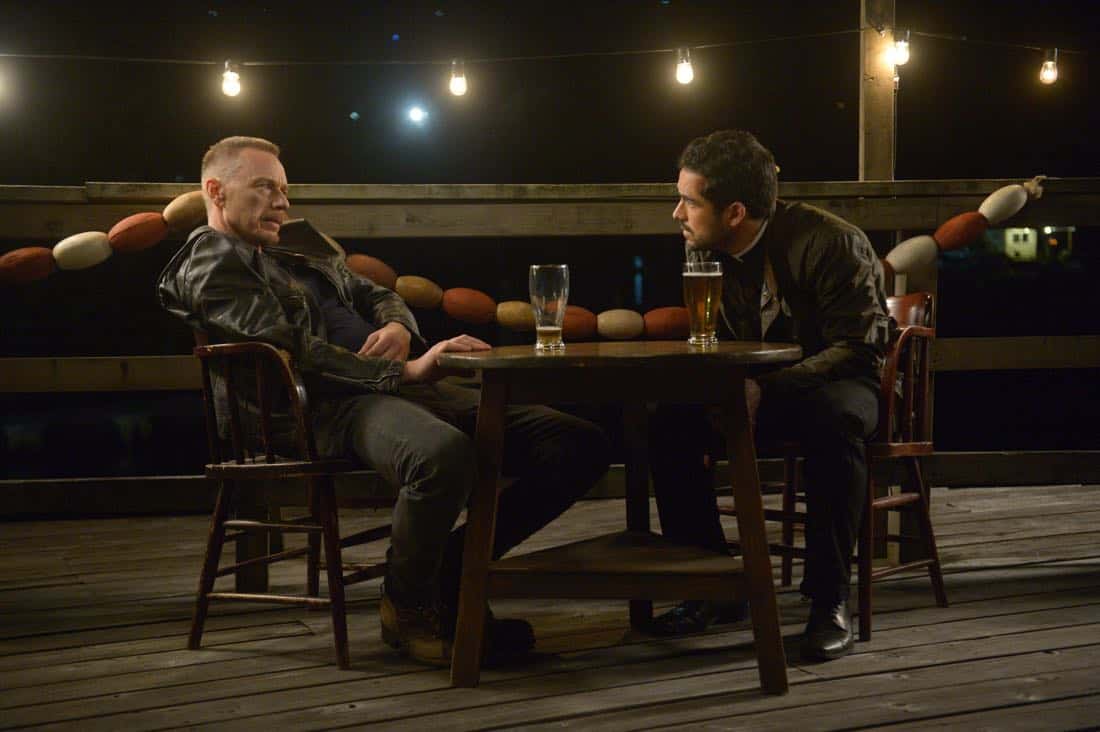 As Andy confronts the strange incidents taking place on the island, his foster home receives a surprising new addition. Marcus investigates a series of natural disturbances with the help of a local wildlife biologist, while Tomas continues to question the strange visions that led him to Seattle. Meanwhile, Bennett’s uneasy partnership with the enigmatic Mouse takes a dark turn in the all-new “One For Sorrow” episode of THE EXORCIST, airing Friday, Oct. 20 (9:01-10:00 PM ET/PT) on FOX. (EXO-204) (TV-14 L, V) THE EXORCIST Season 2 Episode 4 Photos One For Sorrow