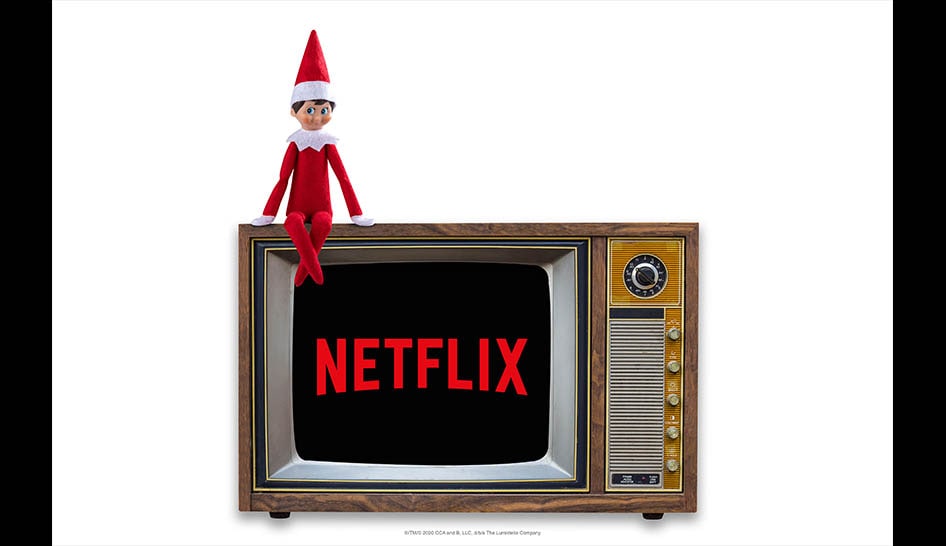 Twas early October and the crew at Netflix

were already keen for a holiday fix.

Though some said, “Too early! It’s too warm to care,”

the crew knew a special guest soon would be there.

No longer a secret to keep for themself…

What’s heading to Netflix? The Elf on the Shelf!

Throughout the North Pole, the work has begun

on series, and movies, and specials to run.

Animation… live action… both will appear

to deliver the world some holiday cheer.

In Tokyo. In Mumbai. From Montreal to Rome.

On a plane, on a train or in the comfort of home.

Whatever the name that you’ve given your elf,

Santa’s own press room was quick to provide

a glimpse of what’s coming, and stated with pride:

“We’re thrilled to share stories of our North Pole friends,

bringing tales from the region where joy never ends!

The Elf Pets, our pals, will join us, of course!

You’ll get brand-new stories, straight from the source!

Our love for the world will be easy to see,

You’ll soon hear us sing in Italian, Thai and Hindi.

While we’re hard at work creating more stories and cheer,

Tags
Netflix The Elf On The Shelf