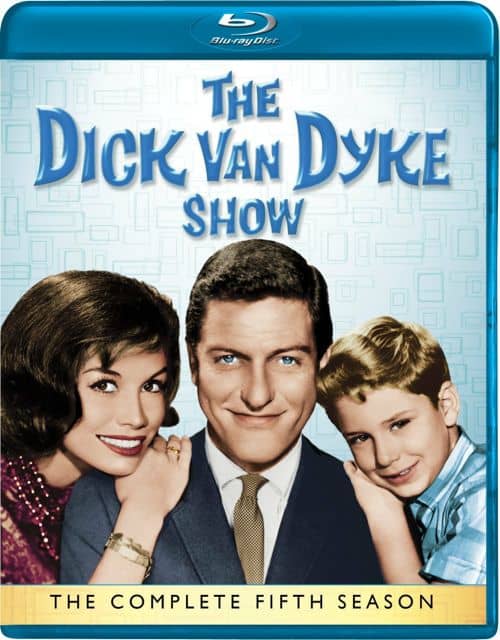 Seat42f and RLJ Entertainment have teamed up to give TWO lucky winners a copy of THE DICK VAN DYKE SHOW Season 5 on BLURAY. For a chance to win leave a comment below telling us why you want to add THE DICK VAN DYKE SHOW Season 5 to your BLURAY collection. Only one entry per person. Contest ends August 20th. Winners will be notified on August 21st via email so make sure to use a valid email address when you post your comment.

Don’t miss the fun in this final season of the multiple Emmy Award-winning Dick Van Dyke Show. Generation after generation of TV viewers has fallen in love with this timeless classic! For laugh after laugh, join one of TV’s best-loved couples, Dick Van Dyke as Rob Petrie and Mary Tyler Moore as his wife Laura, along with Rob’s temperamental boss, Carl Reiner as Alan Brady, and his kooky co-workers, Morey Amsterdam as Buddy Sorrell and Rose Marie as Sally Rogers.

Now see all 31-season episodes (airing 1965-1966) in their entirety and in spectacular high-definition – direct from the 35mm negatives! Catch such classics as Laura blurting out Alan Brady’s big secret on national TV in “Coast-to-Coast Big Mouth”; mild-mannered Mel Cooley finally standing up to the boss in “The Bottom of Mel Cooley’s Heart”; and Alan Brady attempting to turn the Petries’ anniversary party into a self-serving documentary in “A Day in the Life of Alan Brady.”