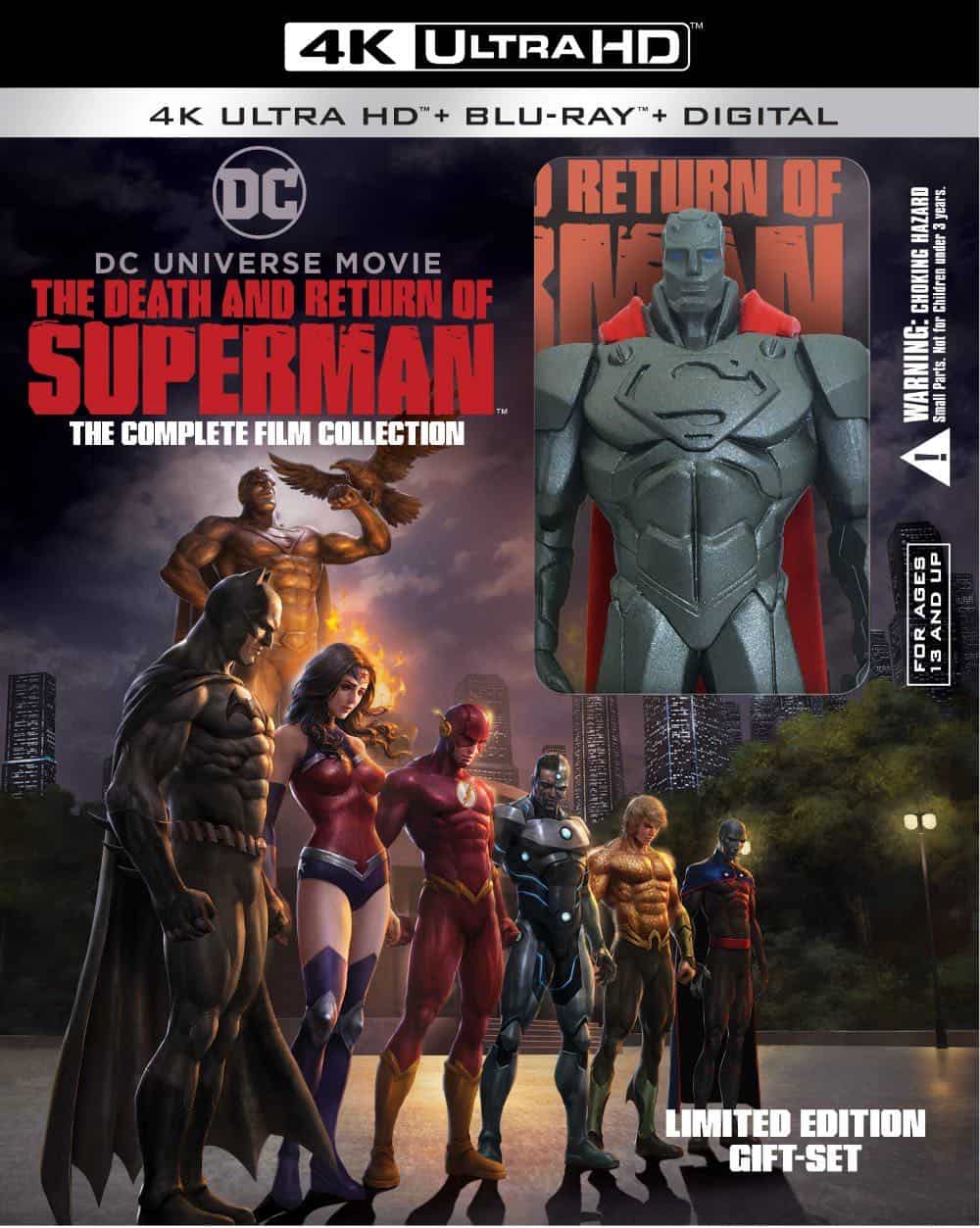 The adventure that was initially too big for one animated film now arrives as a comprehensive 166-minute tale – with never-before-seen footage – in The Death and Return of Superman Complete Film Collection Gift Set, a numbered, limited edition release available October 1, 2019 from Warner Bros. Home Entertainment. An extension of the popular series of DC UniverseMovies, the box set of the combined films The Death of Superman & Reign of the Supermen – produced by Warner Bros. Animation and DC – includes an exclusive “Steel” figurine plus a bonus discSuperman: Doomsday, and will be available as an Ultra HD Blu-ray Combo Pack ($54.97) and Blu-ray Combo Pack ($44.98 SRP). Order due date is August 27, 2019.

The Death and Return of Superman finds Superman in a fight to the finish when the Man of Steel becomes the only hero who can stand in the way of the monstrous creature Doomsday and his unstoppable rampage. Superman saves the planet, but not himself, leaving Earth’s citizens – and his heroic contemporaries – dealing with a world without Superman. The aftermath of Superman’s death, and the subsequent disappearance of his body, leads to a new mystery – is Superman still alive? The question is further complicated when four new super-powered individuals – Steel, Cyborg Superman, Superboy and the Eradicator – emerge to proclaim themselves as the ultimate hero. In the end, only one will be able to proclaim himself the world’s true Superman.

The Death and Return of Superman completes the quest of Warner Bros. Animation, Warner Bros. Animation and DC to craft a faithful animated version of “The Death of Superman,” DC’s landmark 1992-93 comic phenomenon. Superman Doomsday, the inaugural film in the DC Universe Movies series, told an abridged version of that comics story, as the film’s runtime of 75 minutes allowed for a narrow focus on a core, singular storyline. The 166-minute The Death and Return of Superman restores many of the moments and characters that fans hold dear to their hearts.

“The collected work of The Death and Return of Superman, with its two films and added footage, is truly an epic, authentic animated retelling of ‘The Death of Superman’ saga, giving fans the complete tale just as they have craved since the inception of the DC Universe Movies,” said Mary Ellen Thomas, Warner Bros. Home Entertainment Vice President, Family & Animation Marketing.  “The Warner Bros. Animation filmmaking team and the all-star cast have gone far beyond expectations to bring this important Superman story to life.”

The Death of Superman: The Brawl That Topped Them All (Featurette) – Experience the battle between Superman and Doomsday like never before as creators of the iconic comic and the new film explore the nuances of “The Greatest Fight” with the help of a martial arts expert.

Lex Luthor: The Greatest Nemesis (Featurette) – Evil Genius. Archenemy of Superman. Misunderstood hero? This documentary will look at one of the most renowned villains in literature and debate his ethics and motivations throughout his publication history and as the calculated anti-hero of Reign of the Supermen. We’ll also explore how Lex Luthor is emblematic of technology without limit, often demonstrating what effect unbridled power, resources, and influence can have on humanity. We’ll discuss the affinity for storytellers to associate Lex Luthor and with the field of science as they challenge our morals and integrity with real world issues such as cloning and what can happen if science fiction became science reality.

From the DC Vault: Legion of Superheroes, “Dark Victory: Part 1”

From the DC Vault: Legion of Superheroes, “Dark Victory: Part 2”

From the DC Vault: Superman: The Animated Series, “Heavy Metal”

From the DC Vault: Justice League Unlimited, “Panic in the Sky”

The Death and Return of Superman will also be available on Movies Anywhere. Using the free Movies Anywhere app and website, consumers can access all their eligible movies by connecting their Movies Anywhere account with their participating digital retailer accounts.

Fans can also own The Death and Return of Superman via purchase from digital retailers beginning October 1, 2019.

On October 1, The Death and Return of Superman will be available to own in high definition and standard definition from select digital retailers including Amazon, FandangoNow, iTunes, PlayStation, Vudu, Xbox and others.

Rating: PG-13 for sequences of action violence and action including bloody images, and for some suggestive comments.

About DC
Home to iconic brands DC (Superman, Batman, Green Lantern, Wonder Woman, The Flash), DC Vertigo (Sandman, Fables) and MAD, DC is the creative unit charged with strategically integrating across Warner Bros. and WarnerMedia. DC works in concert with many key Warner Bros. divisions to unleash its stories and characters across all media, including but not limited to film, television, consumer products, home entertainment, and interactive games. Publishing thousands of comic books, graphic novels and magazines each year, DC is one of the largest English-language publishers of comics in the world.

SUPERMAN and all related characters and elements are trademarks of and © DC Comics.  © 2019 Warner Bros. Entertainment Inc. 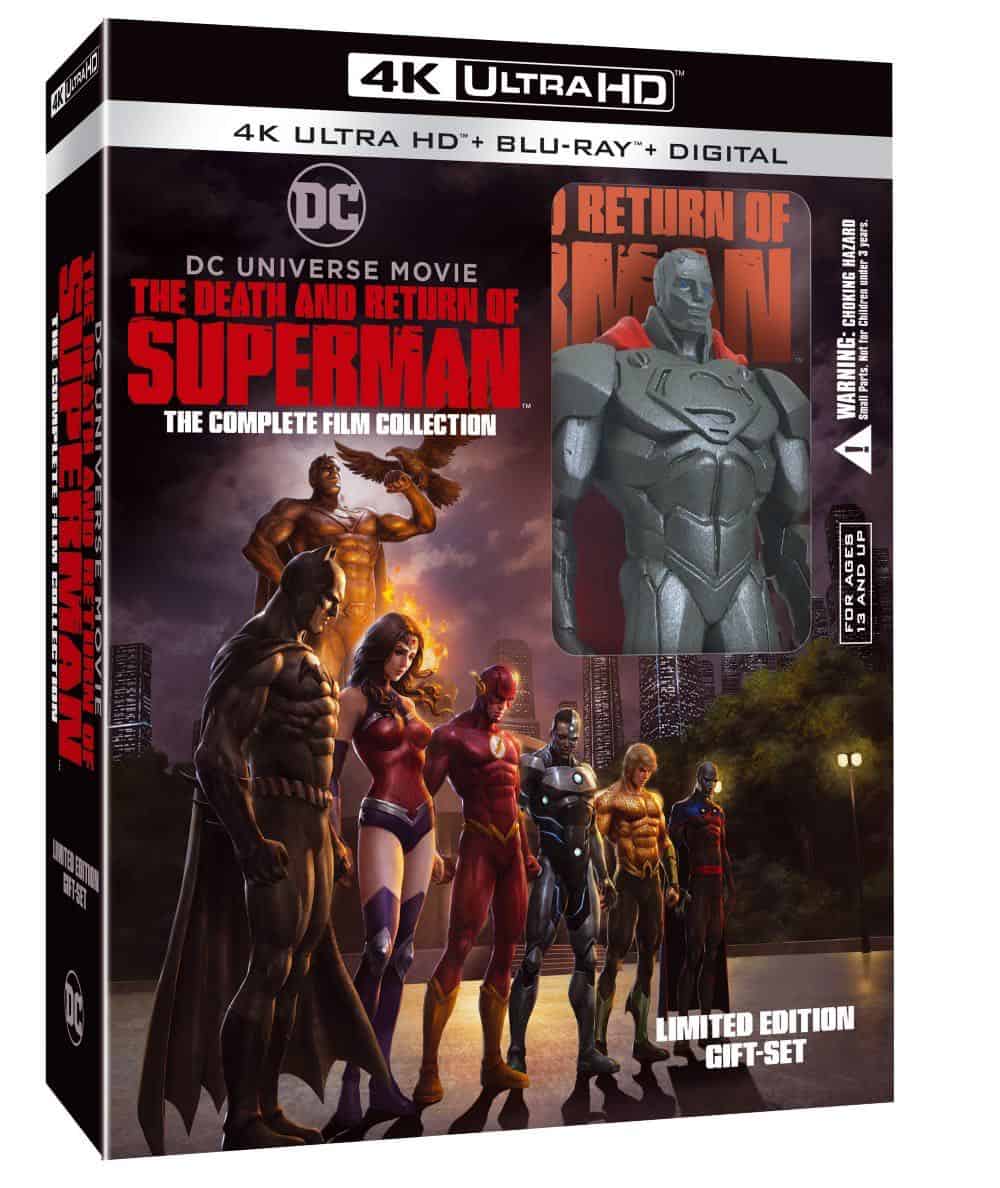 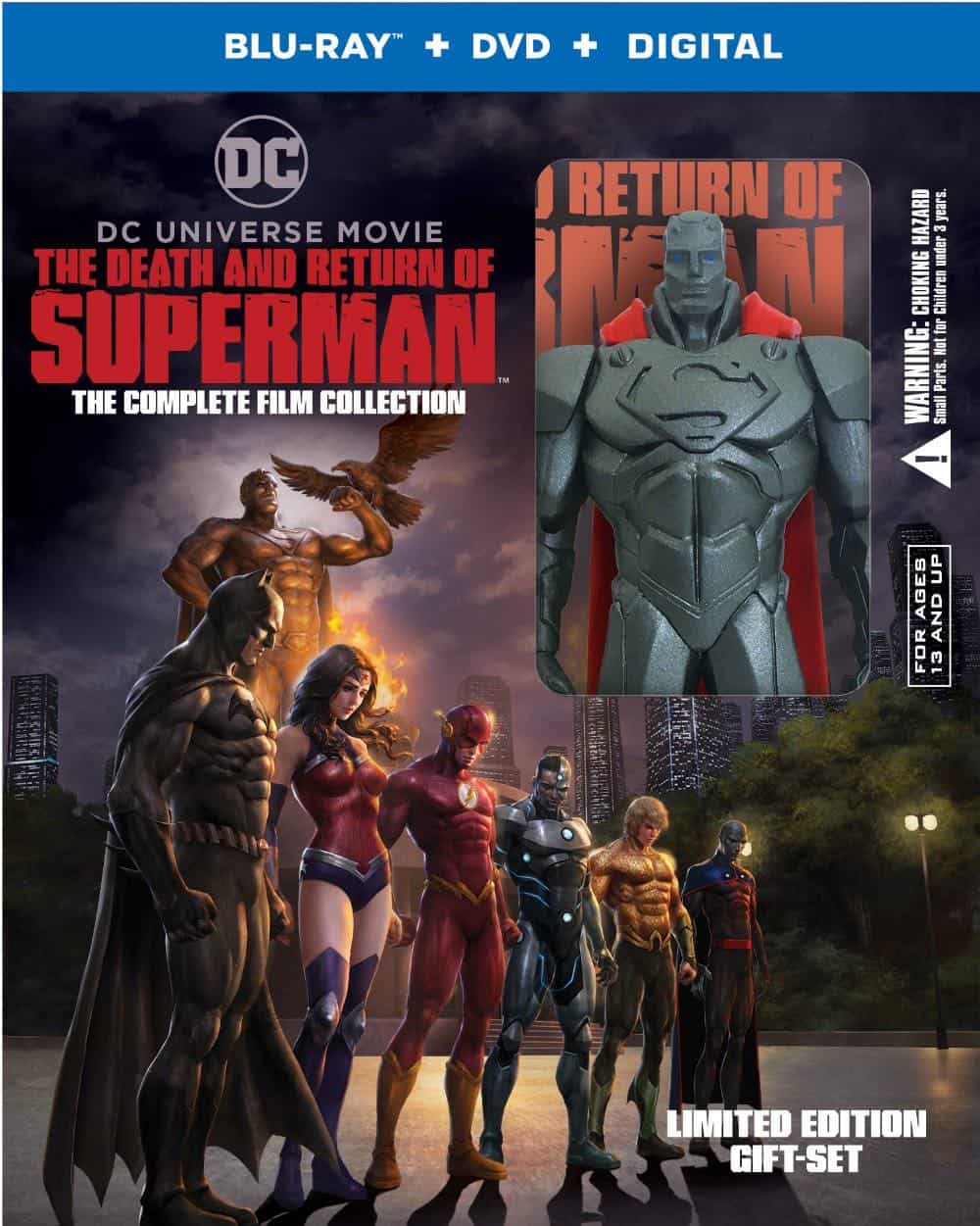 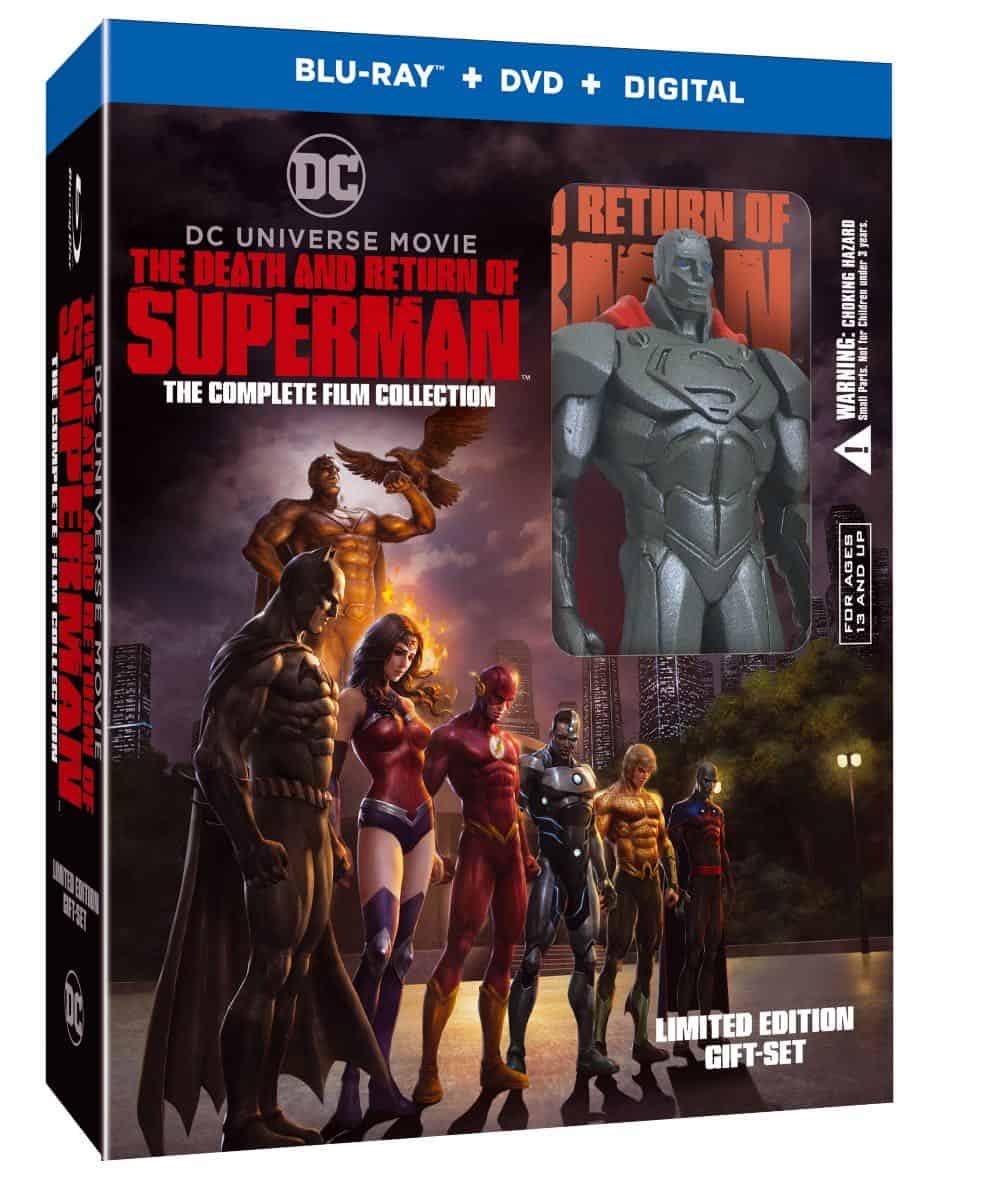