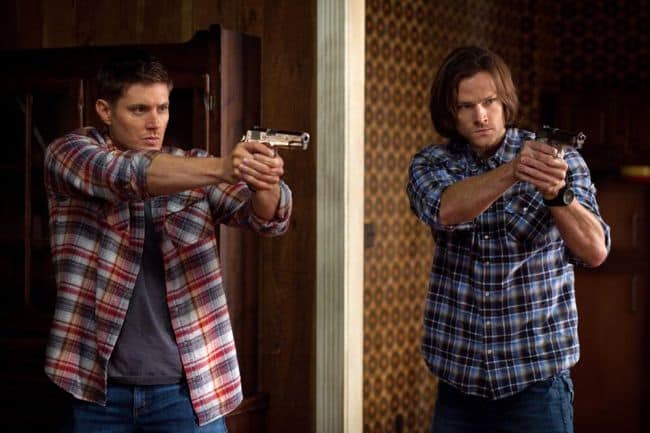 The CW Network has given early pickups to three of its hit series for next season, including freshman hit ARROW, its top-rated drama THE VAMPIRE DIARIES and fan favorite SUPERNATURAL, it was announced today by Mark Pedowitz, President, The CW.  All three shows will return in Fall 2013.

“We said last year that one of our goals was to establish building blocks to grow on, and now with our new hit ARROW and fan favorite SUPERNATURAL on Wednesday night, and the continued success of THE VAMPIRE DIARIES on Thursday, we’ve been able to do that,” said Pedowitz. “Not only do ARROW, SUPERNATURAL, and THE VAMPIRE DIARIES perform well on-air, they’re also extremely successful for us both digitally and socially. I’m thrilled to have all three shows returning to our schedule next season.”

The Winchester brothers of SUPERNATURAL will continue to fight the forces of evil for a ninth season.  Since being paired with ARROW on Wednesday this year, SUPERNATURAL has seen a dramatic uptick in its ratings from last season, rising 15% among total viewers, 10% in adults 18-34 and 18% in adults 18-49.