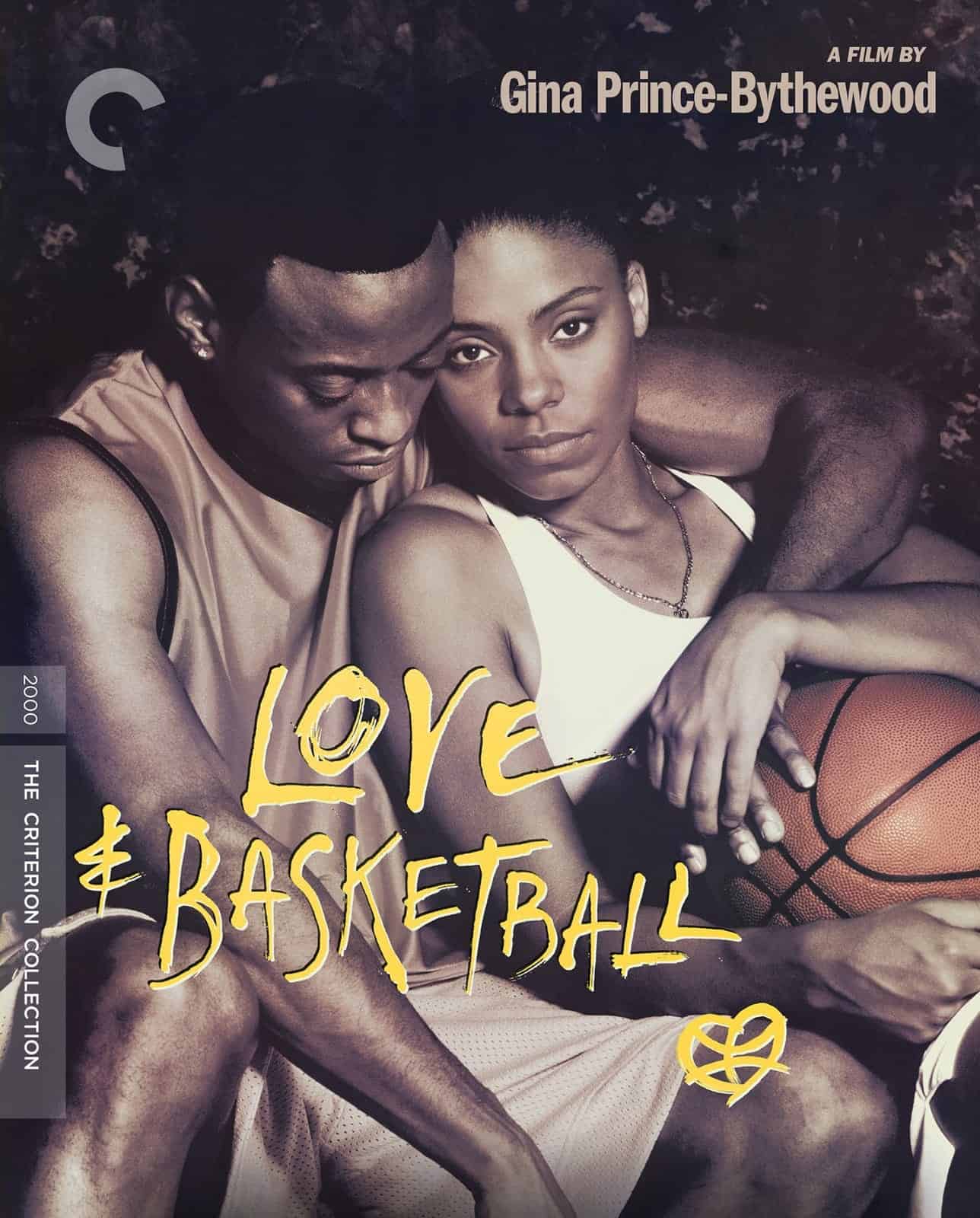 This September, Criterion is bringing you odes to basketball and judo from Gina Prince-Bythewood and Johnnie To, Luchino Visconti’s most shocking and subversive masterpiece, and a dreamy vision of London’s criminal underworld by Neil Jordan. Plus: the previously announced Melvin Van Peebles box set pays tribute to a cinematic renegade.

Sparks fly both on and off the court in this groundbreaking feature debut by writer-director Gina Prince-Bythewood (The Old Guard), which elevated the coming-of-age romance by giving honest expression to the challenges female athletes face in a world that doesn’t see them as equal. Sanaa Lathan (Alien vs. Predator) and Omar Epps (Higher Learning) make for one of the most iconic screen couples of the 2000s as the basketball-obsessed next-door neighbors who find love over flirtatious pickup games, fall apart under the strain of high-pressure college hoops and families, and drift in and out of each other’s lives as they pursue their twin aspirations of playing professionally. Aided by stellar supporting performances and an eclectic R&B soundtrack, Love & Basketball captures the intoxicating passions, heartbreaking setbacks, and sky-high ambitions that mark a young woman’s journey to the top of her game and to lasting love.

New cover based on an original theatrical poster

One of the most personal films by the prolific Hong Kong auteur Johnnie To is a thrilling love letter to both the cinema of Akira Kurosawa and the art and philosophy of judo. Amid the neon-drenched nightclubs and gambling dens of Hong Kong’s nocturnal underworld, the fates of three wandering souls—a former judo champion now barely scraping by as an alcoholic bar owner (Louis Koo), a young fighter (Aaron Kwok) intent on challenging him, and a singer (Cherrie Ying) chasing dreams of stardom—collide in an operatic explosion of human pain, ambition, perseverance, and redemption. Paying offbeat homage to Kurosawa’s debut feature, Sanshiro Sugata, To scrambles wild comedy, flights of lyrical surrealism, and rousing martial-arts action into what is ultimately a disarmingly touching ode to the healing power of friendship.

The most savagely subversive film by the iconoclastic auteur Luchino Visconti employs the mechanics of deliriously stylized melodrama to portray Nazism’s total corruption of the soul. In the wake of Hitler’s ascent to power, the wealthy industrialist von Essenbeck family and their associates—including the scheming social climber Friedrich (Dirk Bogarde), the incestuous matriarch Sophie (Ingrid Thulin), and the perversely cruel heir Martin (Helmut Berger, memorably donning Dietrich-like drag in his breakthrough role)—descend into a self-destructive spiral of decadence, greed, perversion, and all-consuming hatred as they vie for power, over the family business and over one another. The heightened performances and Visconti’s luridly expressionistic use of Technicolor conjure a garish world of decaying opulence in which one family’s downfall comes to stand for the moral rot of a nation.

Director, writer, composer, actor, and one-man creative revolutionary Melvin Van Peebles jolted American independent cinema to new life with his explosive stylistic energy and unfiltered expression of Black consciousness. Though he undeniably altered the course of film history with the anarchic Sweet Sweetback’s Baadasssss Song, that pop-culture bombshell is just one piece of a remarkably varied career that has also encompassed forays into European art cinema (The Story of a Three Day Pass), mainstream Hollywood comedy (Watermelon Man), and Broadway musicals (Don’t Play Us Cheap). Each facet of Van Peebles’s renegade genius is on display in this collection of four films, a tribute to a transformative artist whose caustic social observation, radical formal innovation, and uncompromising vision established a new cinematic model for Black creative independence. Also included in the set is Baadasssss!, a chronicle of the production of Sweet Sweetback made by Van Peebles’s son Mario Van Peebles—and starring the younger Van Peebles as Melvin.

The brilliant breakthrough film by writer-director Neil Jordan journeys into the dark heart of the London underworld to weave a gripping, noir-infused love story. Bob Hoskins received a multitude of honors—including an Oscar nomination—for his touchingly vulnerable, not-so-tough-guy portrayal of George, recently released from prison and hired by a sinister mob boss (Michael Caine) to chauffeur call girl Simone (Cathy Tyson, in a celebrated performance) between high-paying clients. George’s fascination with the elegant, enigmatic Simone leads him on a dangerous quest through the city’s underbelly, where love is a weakness to be exploited and betrayed. Jordan’s colorful dialogue and eye for evocatively surreal details lend a dreamlike sheen to Mona Lisa, an unconventionally romantic tale of damaged people searching for tenderness in an unforgiving world.