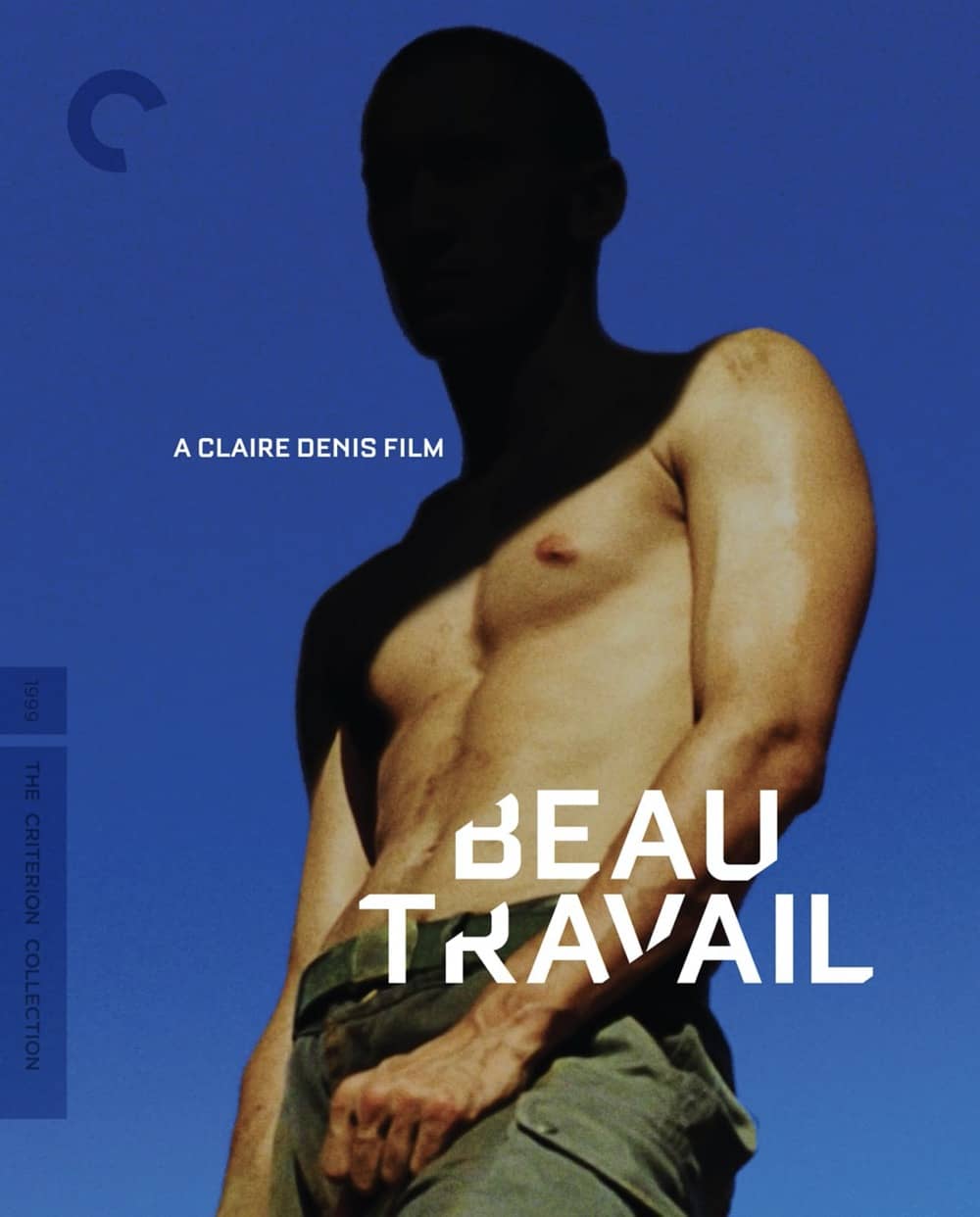 This fall, we’re putting the spotlight on stories of outsiders stirring things up and inspiring transformation. From Claire Denis’s visually stunning study of masculine jealousy, to Francesco Rosi’s epic elegy of exile and Italian society, to David Lynch’s transcendent reimagining of a true-life outcast, this month’s titles are all about major personal shifts. Also coming soon is the latest box-set edition of Martin Scorsese’s World Cinema Project series, which highlights new restorations of films by Med Hondo, Humberto Solás, Héctor Babenco, and other undersung luminaries of international cinema. Plus: Jules Dassin’s The Naked City and Brute Force on Blu-ray!

Beau travail
With her ravishingly sensual take on Herman Melville’s Billy Budd, Sailor, Claire Denis firmly established herself as one of the great visual tone poets of our time. Amid the azure waters and sunbaked desert landscapes of Djibouti, a French Foreign Legion sergeant (Denis Lavant) sows the seeds of his own ruin as his obsession with a striking young recruit (Grégoire Colin) plays out to the thunderous, operatic strains of Benjamin Britten. Denis and cinematographer Agnès Godard fold military and masculine codes of honor, colonialism’s legacy, destructive jealousy, and repressed desire into shimmering, hypnotic images that ultimately explode in one of the most startling and unforgettable endings in all of modern cinema. 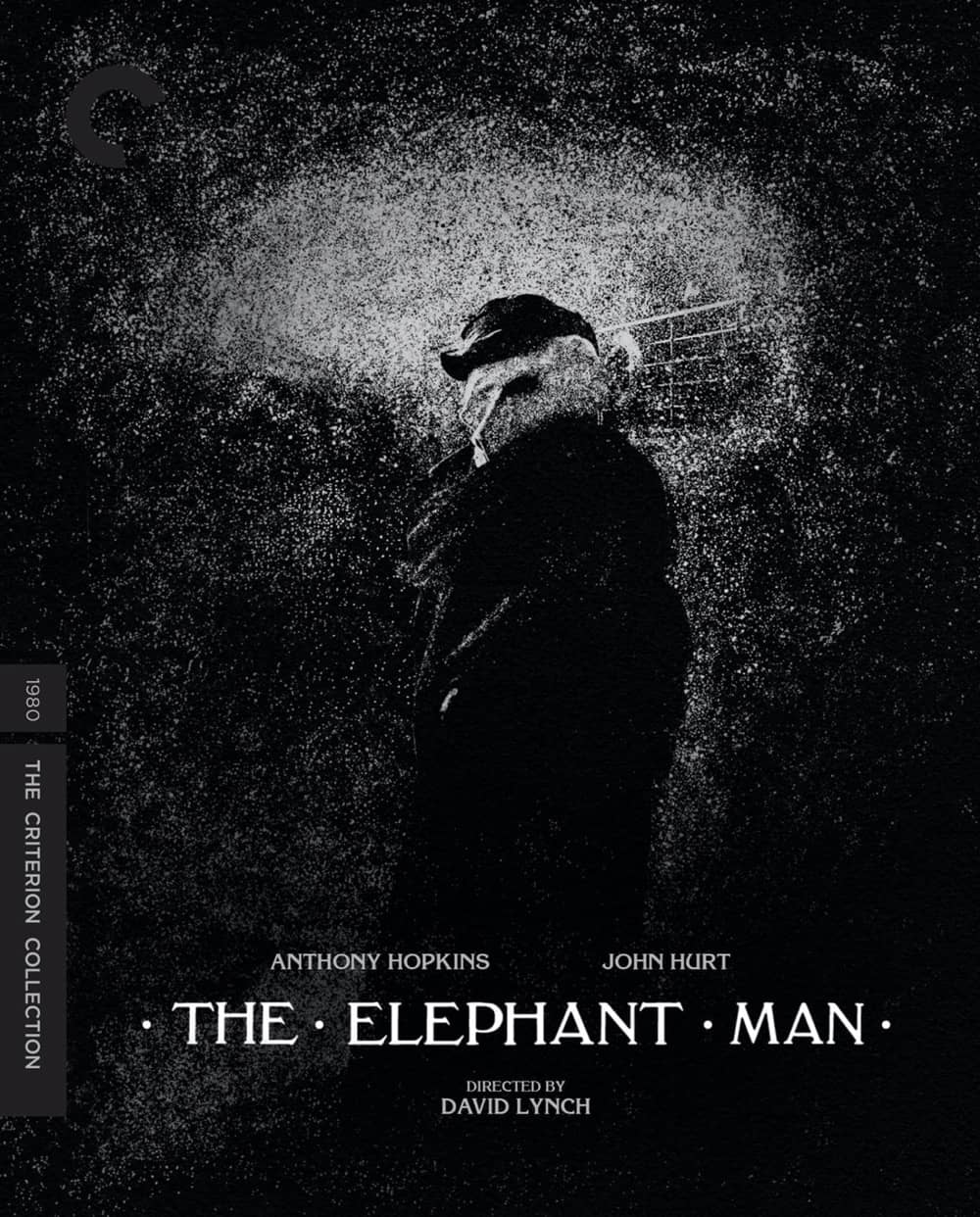 The Elephant Man
With this poignant second feature, David Lynch brought his atmospheric visual and sonic palette to a notorious true story set in Victorian England. When the London surgeon Frederick Treves (Anthony Hopkins) meets the freak-show performer John Merrick (John Hurt), who has severe skeletal and soft tissue deformities, he assumes that he must be intellectually disabled as well. As the two men spend more time together, though, Merrick reveals the intelligence, gentle nature, and profound sense of dignity that lie beneath his shocking appearance, and he and Treves develop a friendship. Shot in gorgeous black and white and boasting a stellar supporting cast that includes Anne Bancroft, John Gielgud, and Wendy Hiller, The Elephant Man was nominated for eight Academy Awards, cementing Lynch’s reputation as one of American cinema’s most visionary talents.

New 4K digital restoration, with uncompressed stereo soundtrack on the Blu-ray
Director David Lynch and critic Kristine McKenna reading from Room to Dream, a 2018 book they coauthored
Archival interviews with Lynch, actor John Hurt, producers Mel Brooks and Jonathan Sanger, director of photography Freddie Francis, stills photographer Frank Connor, and makeup artist Christopher Tucker
Audio recording from 1981 of an interview and Q&A with Lynch at the American Film Institute
The Terrible Elephant Man Revealed, a 2001 documentary about the film
Trailer and radio spots
English subtitles for the deaf and hard of hearing
More!
PLUS: A booklet featuring excerpts from an interview with Lynch from the 2005 edition of filmmaker and writer Chris Rodley’s book Lynch on Lynch, and an 1886 letter to the editor of the London Times concerning Joseph Merrick, the “elephant man,” by Francis Culling Carr Gomm, chairman of the London Hospital at the time
New cover by Sister Hyde 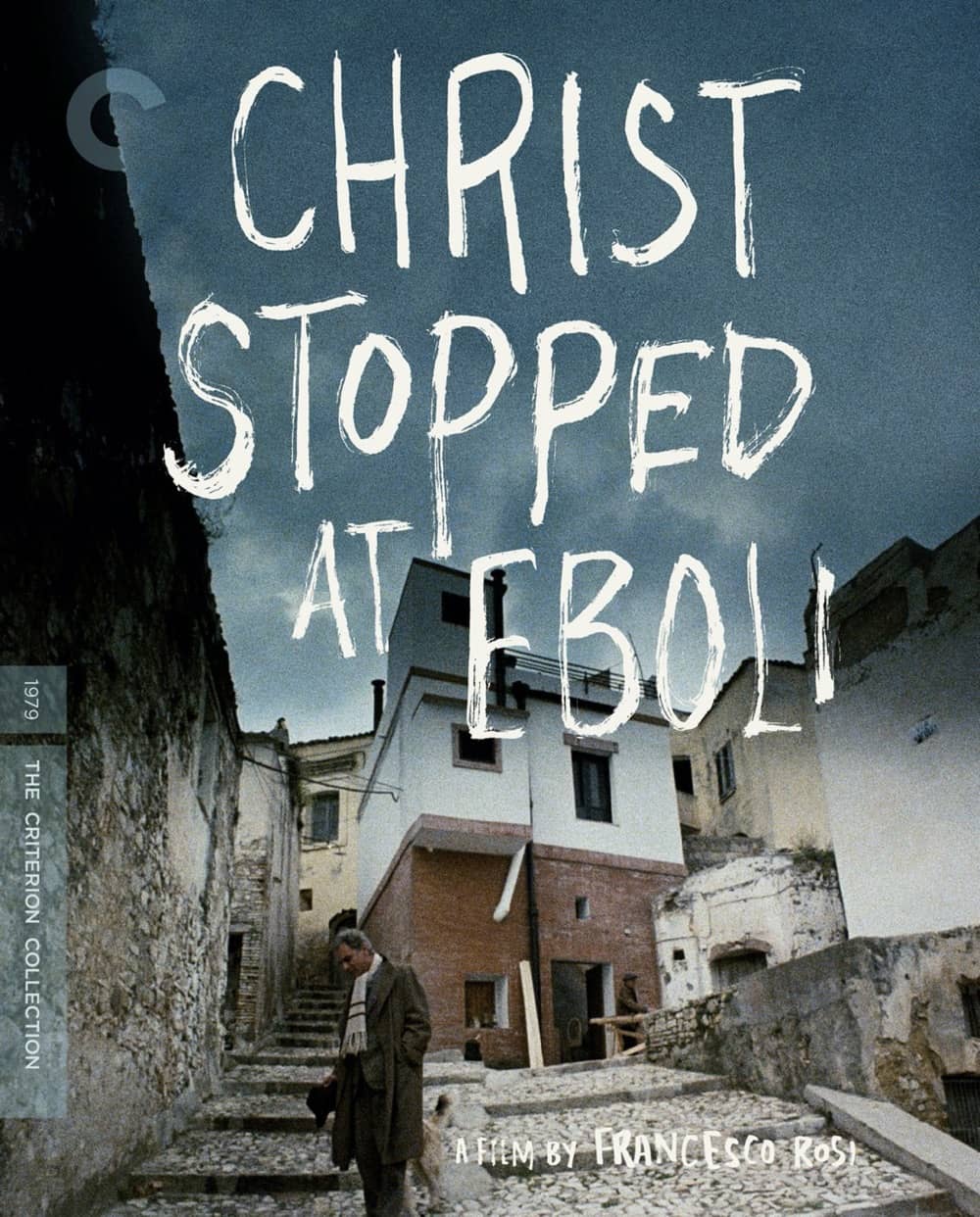 Christ Stopped at Eboli
An elegy of exile and an epic immersion into the world of rural Italy during the Mussolini years, Francesco Rosi’s sublime adaptation of the memoirs of the painter, physician, and political activist Carlo Levi brings a monument of twentieth-century autobiography to the screen with quiet grace and solemn beauty. Banished to a desolate southern town for his anti-Fascist views, the worldly Levi (Gian Maria Volontè) discovers an Italy he never knew existed, a place where ancient folkways and superstitions still hold sway and that gradually transforms his understanding of both himself and his country. Presented for the first time on home video in its original full-length, four-part cut, Christ Stopped at Eboli ruminates profoundly on the political and philosophical rifts within Italian society—between north and south, tradition and modernity, fascism and freedom—and the essential humanity that transcends all. 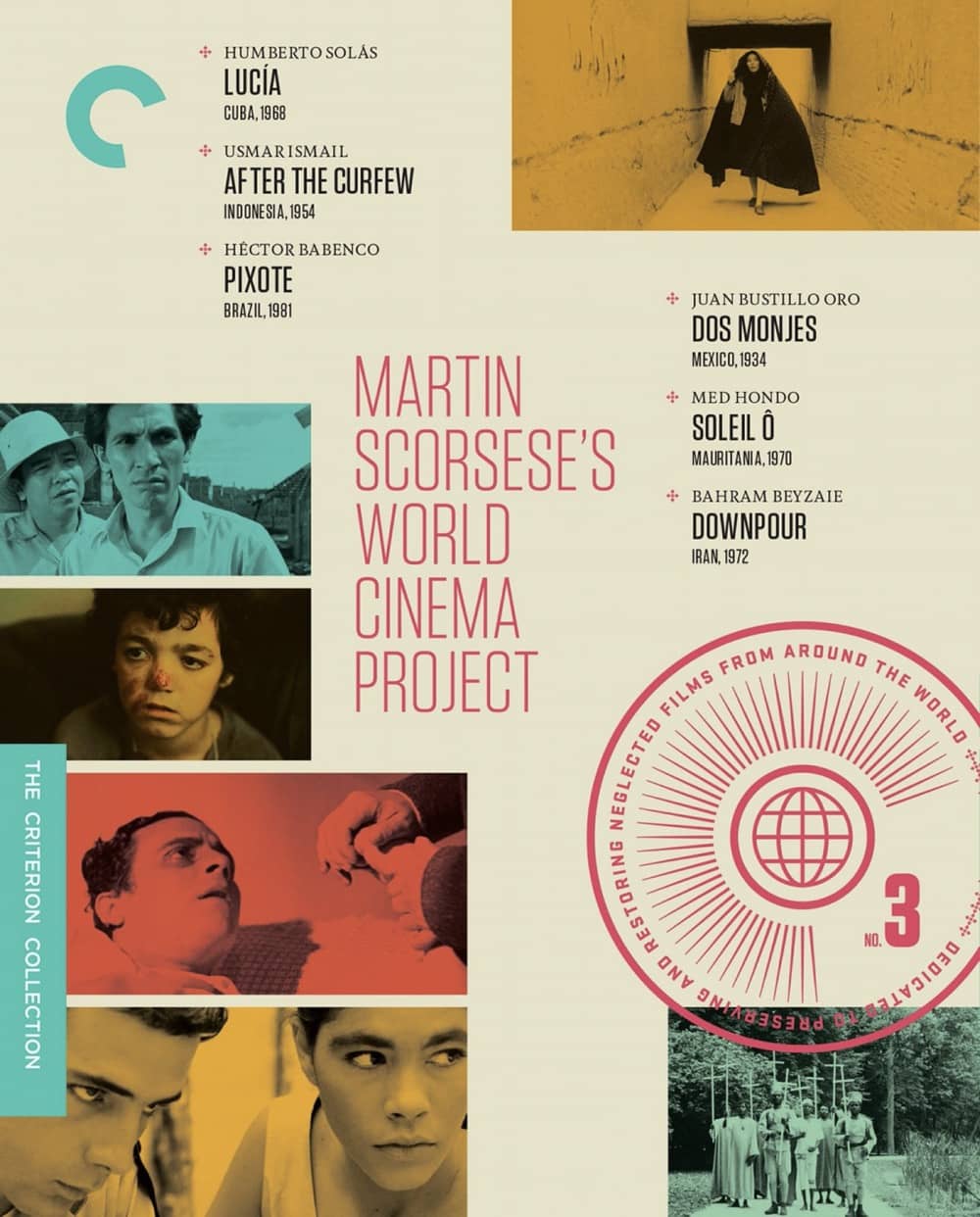 Martin Scorsese’s World Cinema Project No. 3
Established by Martin Scorsese in 2007, the World Cinema Project has maintained a fierce commitment to preserving and presenting masterpieces from around the globe, with a growing roster of more than three dozen restorations that have introduced moviegoers to often-overlooked areas of cinema history. Presenting passionate stories of revolution, identity, agency, forgiveness, and exclusion, this collector’s set gathers six of those important works, from Brazil (Pixote), Cuba (Lucía), Indonesia (After the Curfew), Iran (Downpour), Mauritania (Soleil Ô), and Mexico (Dos monjes). Each title is a pathbreaking contribution to the art form and a window onto a filmmaking tradition that international audiences previously had limited opportunities to experience. 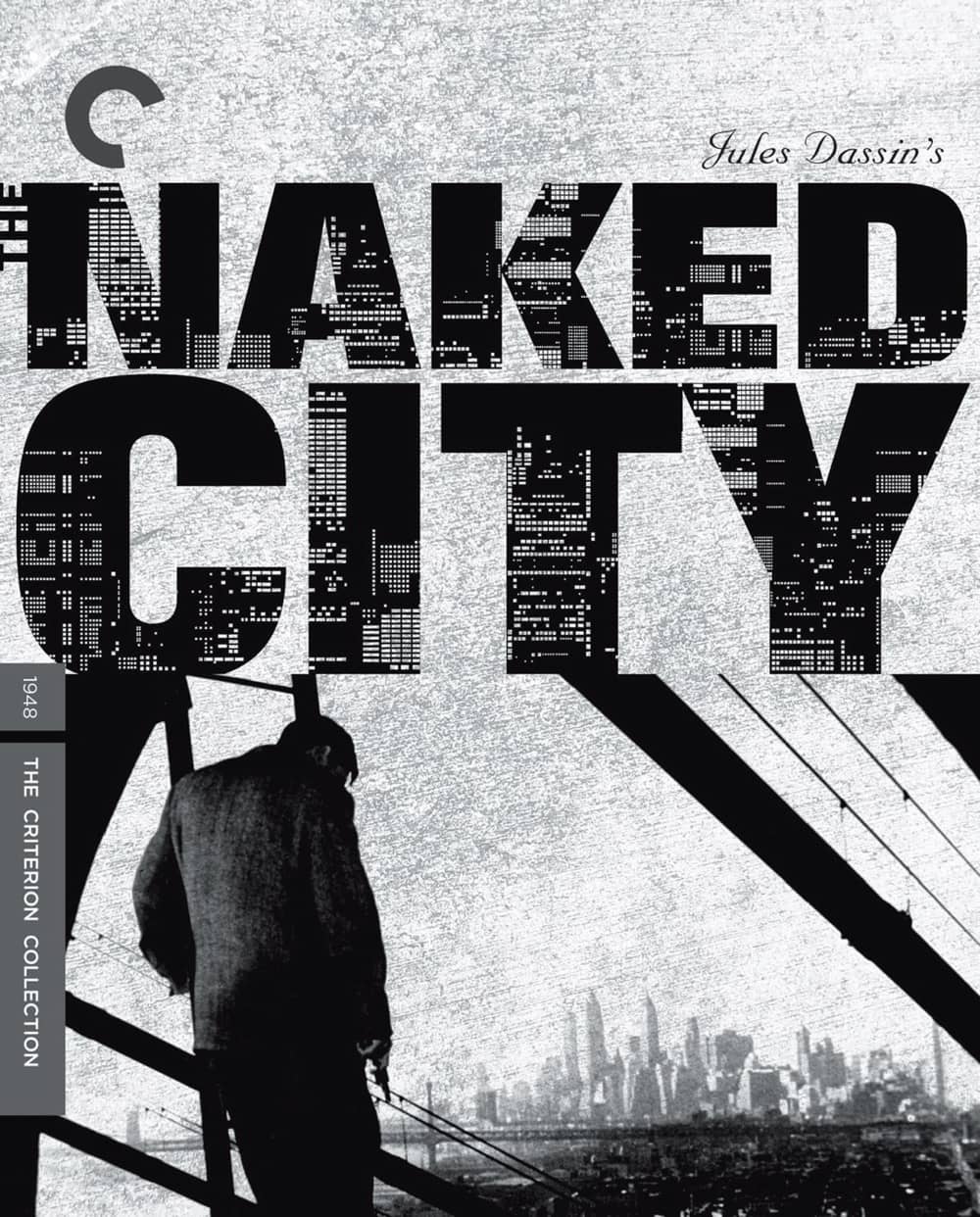 The Naked City
“There are eight million stories in the Naked City,” as the narrator immortally states at the close of this breathtakingly vivid film—and this is one of them. Master noir craftsman Jules Dassin and newspaperman-cum-producer Mark Hellinger’s dazzling police procedural, The Naked City, was shot entirely on location in New York. Influenced as much by Italian neorealism as it is by American crime fiction, this double Academy Award winner remains a benchmark for naturalism in noir, living and breathing in the promises and perils of the Big Apple, from its lowest depths to its highest skyscrapers.

On the Blu-ray: New 4K digital restoration by TLEFilms FIlm Restoration & Preservation Services, with uncompressed monaural soundtrack
On the DVD: Restored high-definition digital transfer
Audio commentary from 1996 featuring screenwriter Malvin Wald
Interview from 2006 with film scholar Dana Polan
Interview from 2006 with author James Sanders (Celluloid Skyline) on the film’s New York locations
Footage of director Jules Dassin from a 2004 appearance at the Los Angeles County Museum of Art
Stills gallery
English subtitles for the deaf and hard of hearing
PLUS: An essay by author and critic Luc Sante and production notes from producer Mark Hellinger to Dassin
Cover by Lucien S. Y. Yang 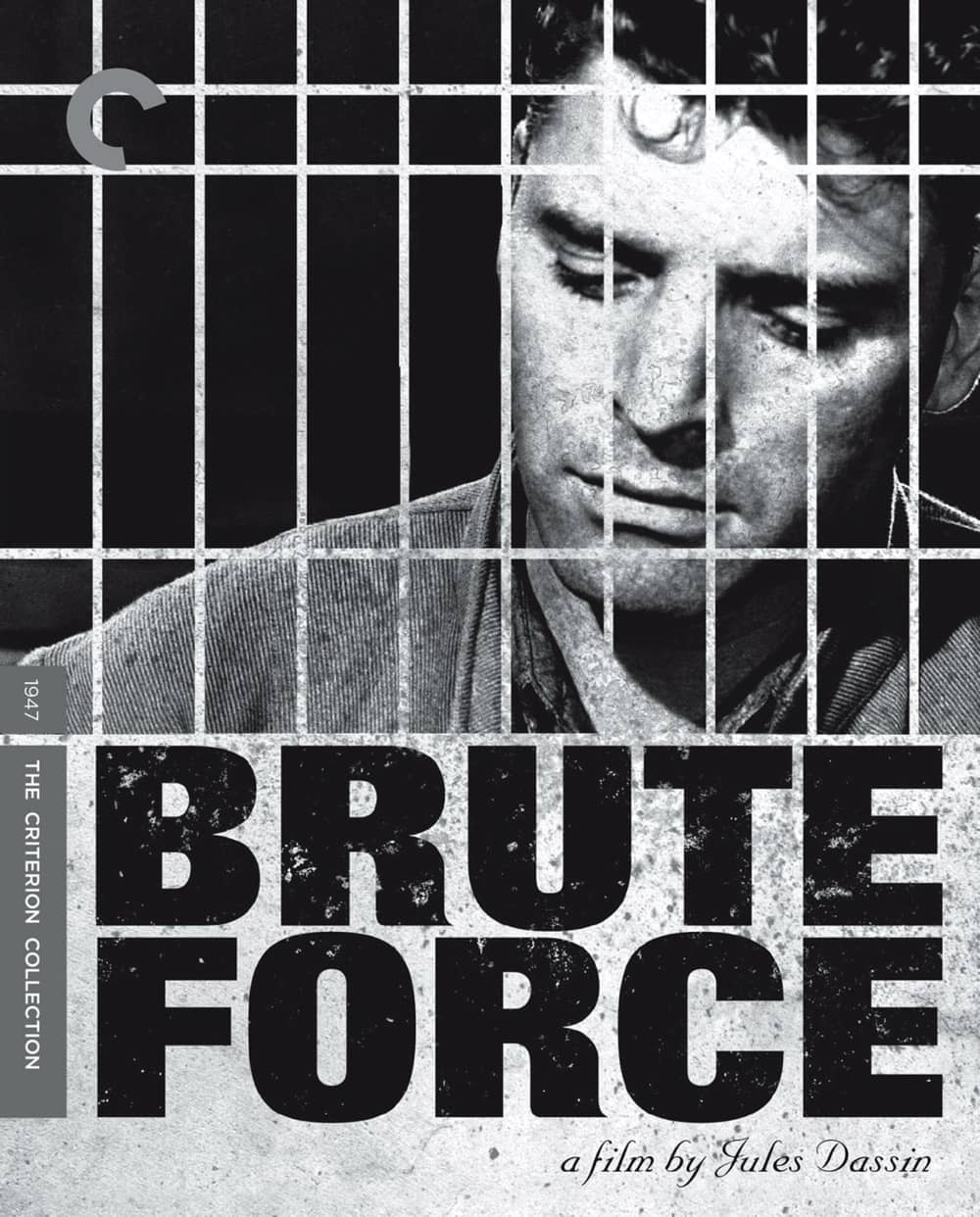 Brute Force
As hard-hitting as its title, Brute Force was the first of Jules Dassin’s forays into the crime genre, a prison melodrama that takes a critical look at American society as well. Burt Lancaster is the timeworn Joe Collins, who, along with his fellow inmates, lives under the heavy thumb of the sadistic, power-tripping guard Captain Munsey (a riveting Hume Cronyn). Only Collins’s dreams of escape keep him going, but how can he possibly bust out of Munsey’s chains? Matter-of-fact and ferocious, Brute Force builds to an explosive climax that shows the lengths men will go to when fighting for their freedom.