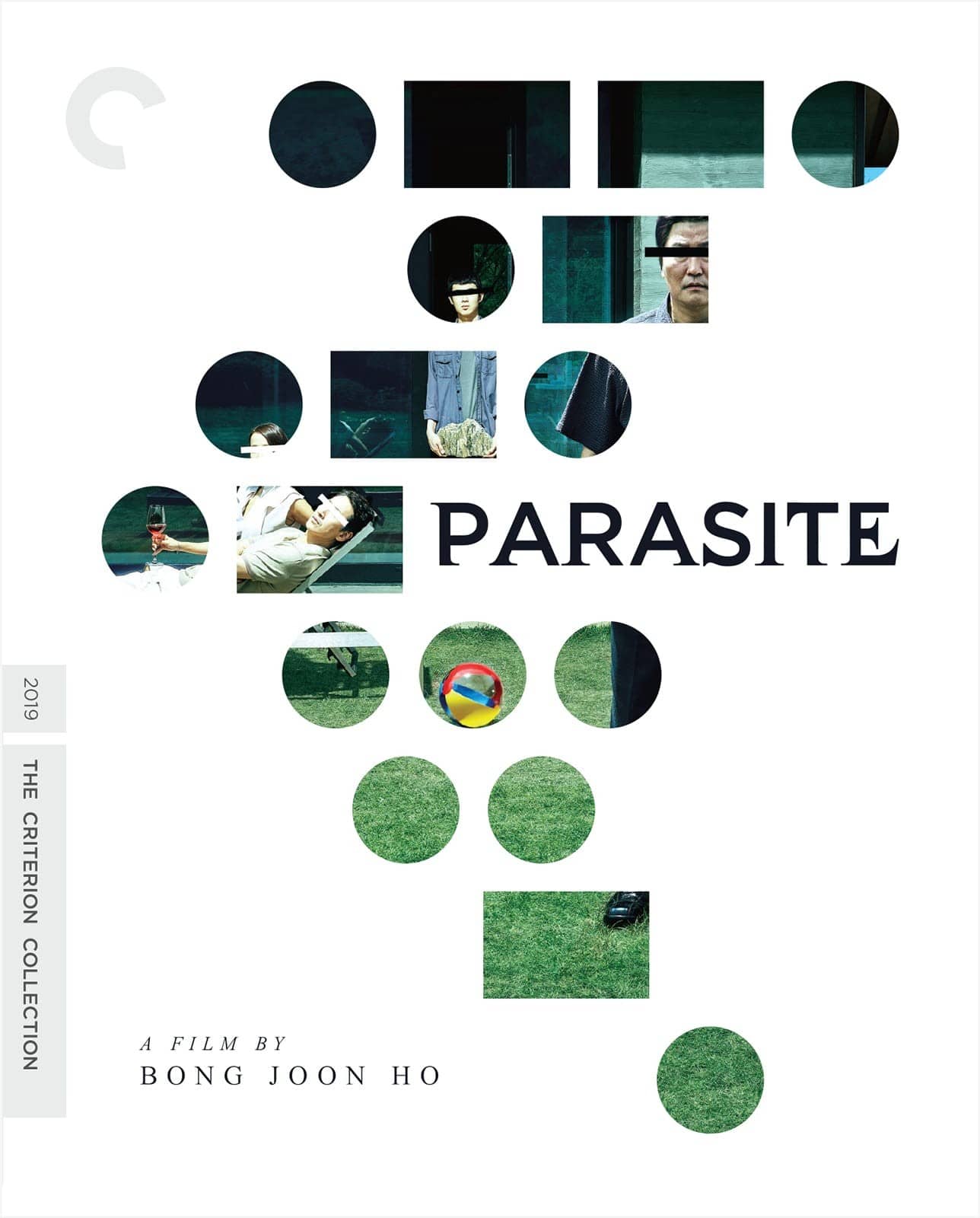 For our October releases, we’re bringing together the most widely celebrated movie of 2019 and two groundbreaking classics: a bighearted portrait of Black working-class family life and a brooding, subversive tale of the American frontier. Plus: The Hit gets a Blu-ray edition, and Pierrot le fou returns!

Parasite
A zeitgeist-defining sensation that distilled a global reckoning over class inequality into a tour de force of pop-cinema subversion, Bong Joon Ho’s genre-scrambling black-comic thriller confirms his status as one of the world’s foremost filmmakers. Two families in Seoul—one barely scraping by in a dank semibasement in a low-lying neighborhood, the other living in luxury in a modern architectural marvel overlooking the city—find themselves on a collision course that will lay bare the dark contradictions of capitalism with shocking ferocity. A bravura showcase for its director’s meticulously constructed set pieces, bolstered by a brilliant ensemble cast and stunning production design, Parasite cemented the New Korean Cinema as a full-fledged international force when it swept almost every major prize from Cannes to the Academy Awards, where it made history as the first non-English-language film to win the Oscar for best picture. 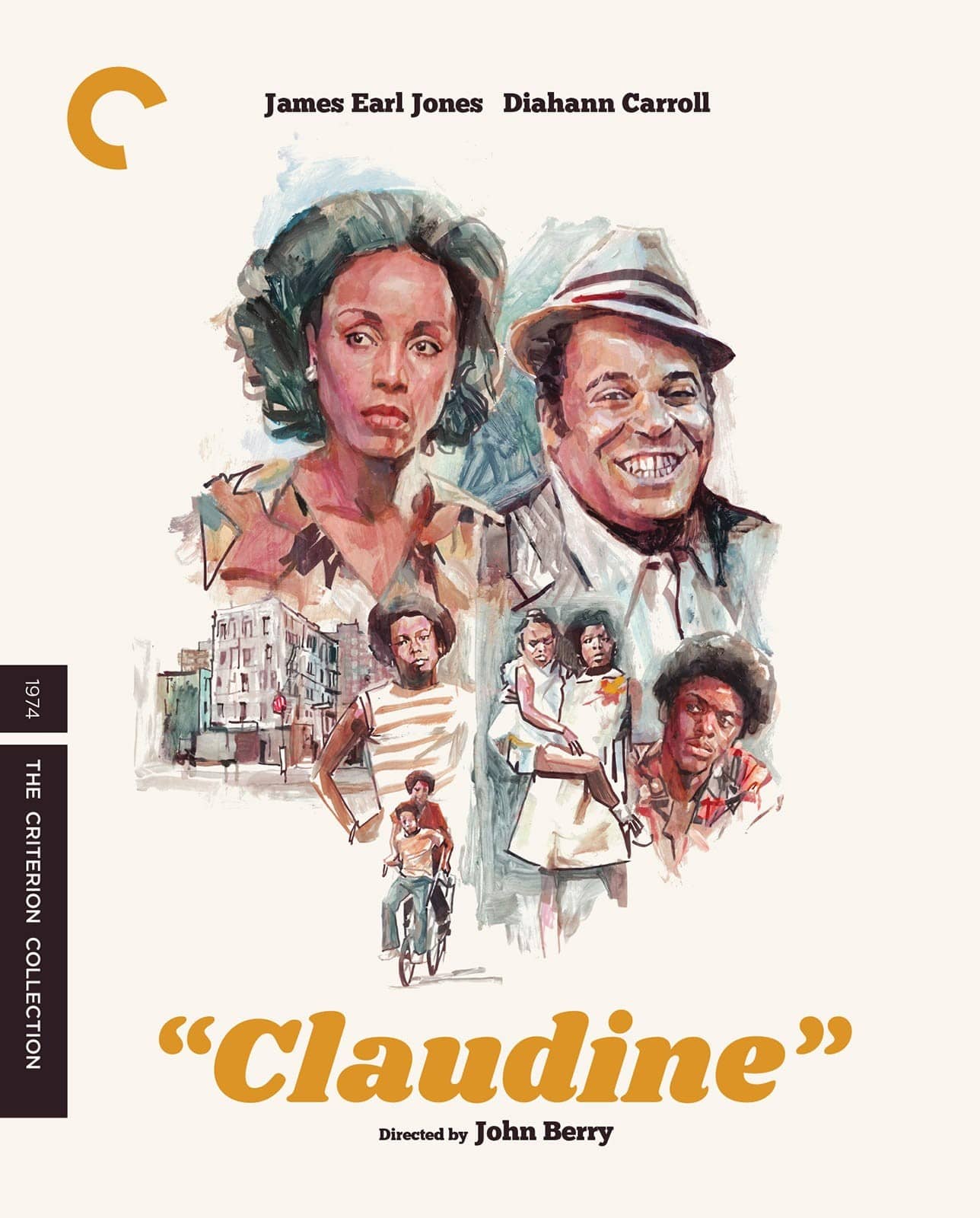 Claudine
Diahann Carroll is radiant in an unforgettable, Oscar-nominated performance as Claudine, a strong-willed single mother, raising six kids in Harlem, whose budding relationship with a gregarious garbage collector (an equally fantastic James Earl Jones) is stressed by the difficulty of getting by in an oppressive system. As directed by the formerly blacklisted leftist filmmaker John Berry, this romantic comedy with a social conscience deftly balances warm humor with a serious look at the myriad issues—from cycles of poverty to the indignities of the welfare system—that shape its characters’ realities. The result is an empathetic chronicle of both Black working-class struggle and Black joy, a bittersweet, bighearted celebration of family and community set to a sunny soul soundtrack composed by Curtis Mayfield and performed by Gladys Knight & the Pips. 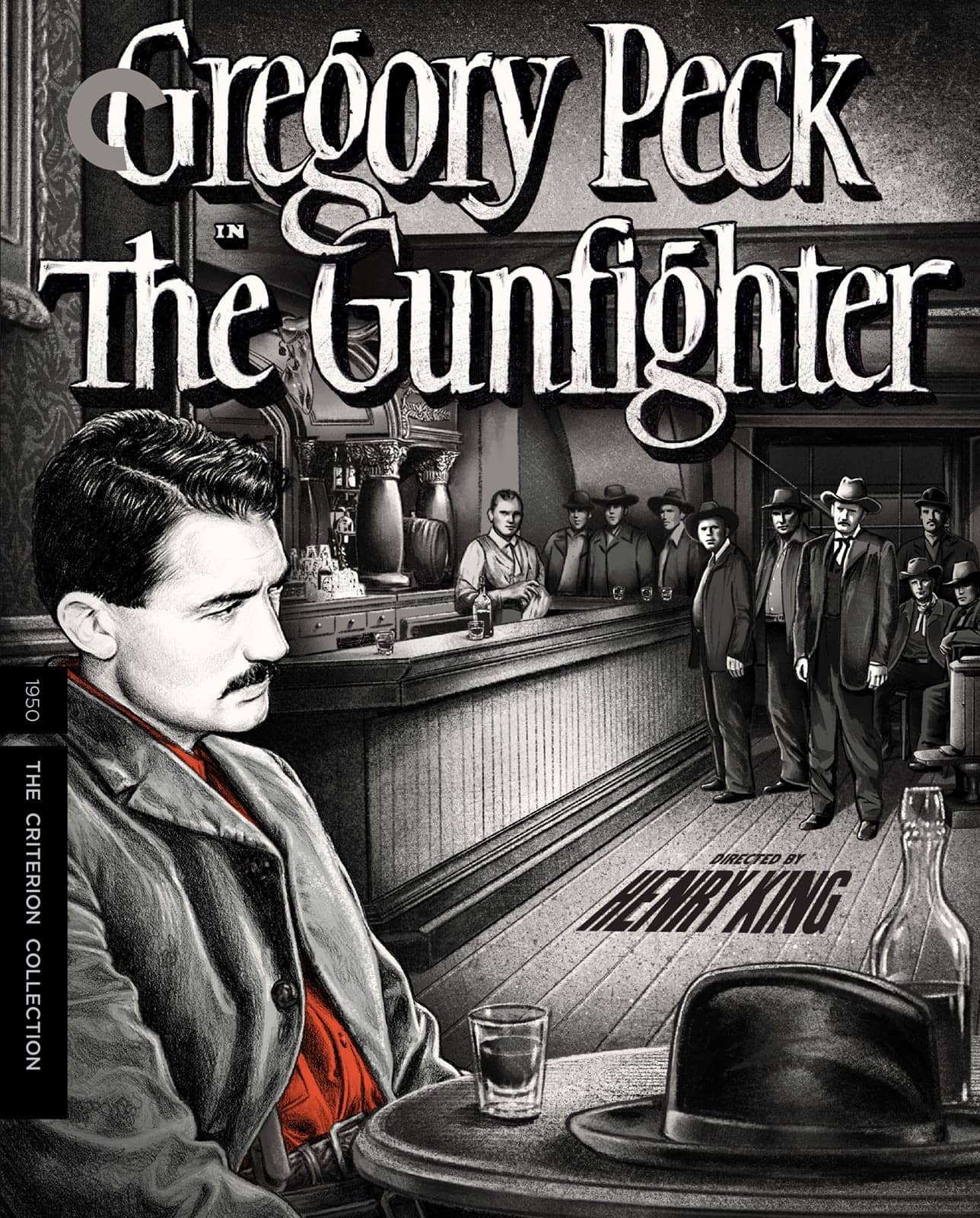 The Gunfighter
A key forerunner of the new breed of dark, brooding westerns that would cast a shadow over America’s frontier folklore, this subversive psychological saga sounds a death knell for the myth of the outlaw hero. In one of his most morally complex roles, Gregory Peck stars as Jimmy Ringo, an infamous gunslinger looking to hang up his holsters and start a new life, but whose reputation draws him inexorably into a cycle of violence and revenge from which he cannot escape. Directed with taut efficiency by the versatile studio-era craftsman Henry King, and shot in striking deep-focus style by master cinematographer Arthur C. Miller, The Gunfighter forgoes rough-and-tumble action in favor of an elegiac exploration of guilt and regret that speaks to the anxious soul of postwar America.

New 4K digital restoration, with uncompressed monaural soundtrack on the Blu-ray
New interview about director Henry King and the film with filmmaker, writer, and archivist Gina Telaroli
New video essay on editor Barbara McLean by film historian and author J. E. Smyth
Audio excerpts of interviews with King and McLean from 1970 and ’71
English subtitles for the deaf and hard of hearing
More!
PLUS: An essay by film critic K. Austin Collins 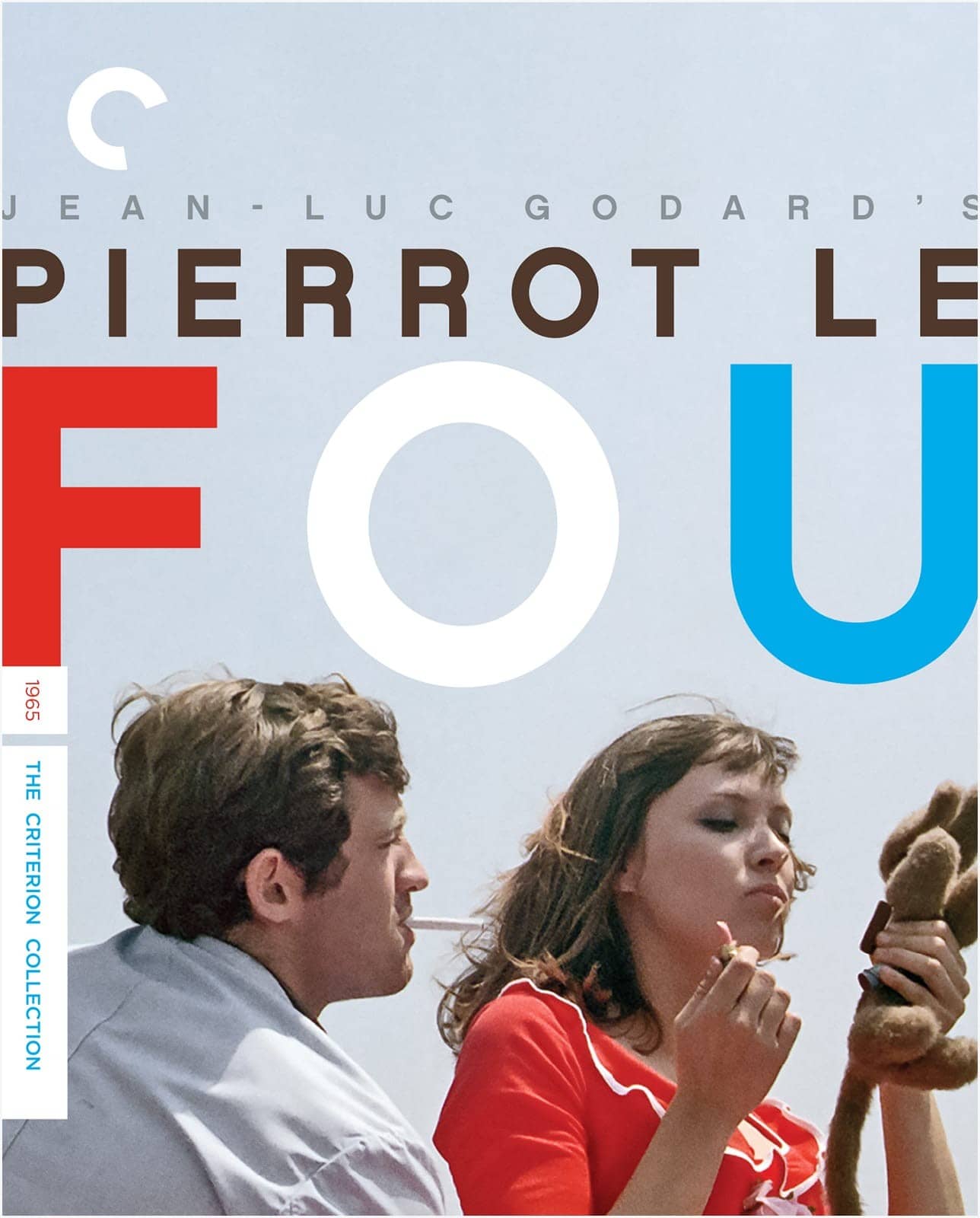 Pierrot le fou
Dissatisfied in marriage and life, Ferdinand (Jean-Paul Belmondo) takes to the road with the babysitter, his ex-lover Marianne Renoir (Anna Karina), and leaves the bourgeois world behind. Yet this is no normal road trip: the tenth feature in six years by genius auteur Jean-Luc Godard is a stylish mash-up of anticonsumerist satire, au courant politics, and comic-book aesthetics, as well as a violent, zigzag tale of, as Godard called them, “the last romantic couple.” With blissful color imagery by cinematographer Raoul Coutard and Belmondo and Karina at their most animated, Pierrot le fou is one of the high points of the French New Wave, and was Godard’s last frolic before he moved ever further into radical cinema.

New 2K digital restoration, with uncompressed monaural soundtrack on the Blu-ray
Interview with actor Anna Karina from 2007
A “Pierrot” Primer, a video essay from 2007 written and narrated by filmmaker Jean-Pierre Gorin
Godard, l’amour, la poésie, a fifty-minute French documentary from 2007, directed by Luc Lagier, about director Jean-Luc Godard and his work and marriage with Karina
Excerpts of interviews from 1965 with Godard, Karina, and actor Jean-Paul Belmondo
Trailer
PLUS: An essay by critic Richard Brody, along with (Blu-ray only) a 1969 review by Andrew Sarris and a 1965 interview with Godard 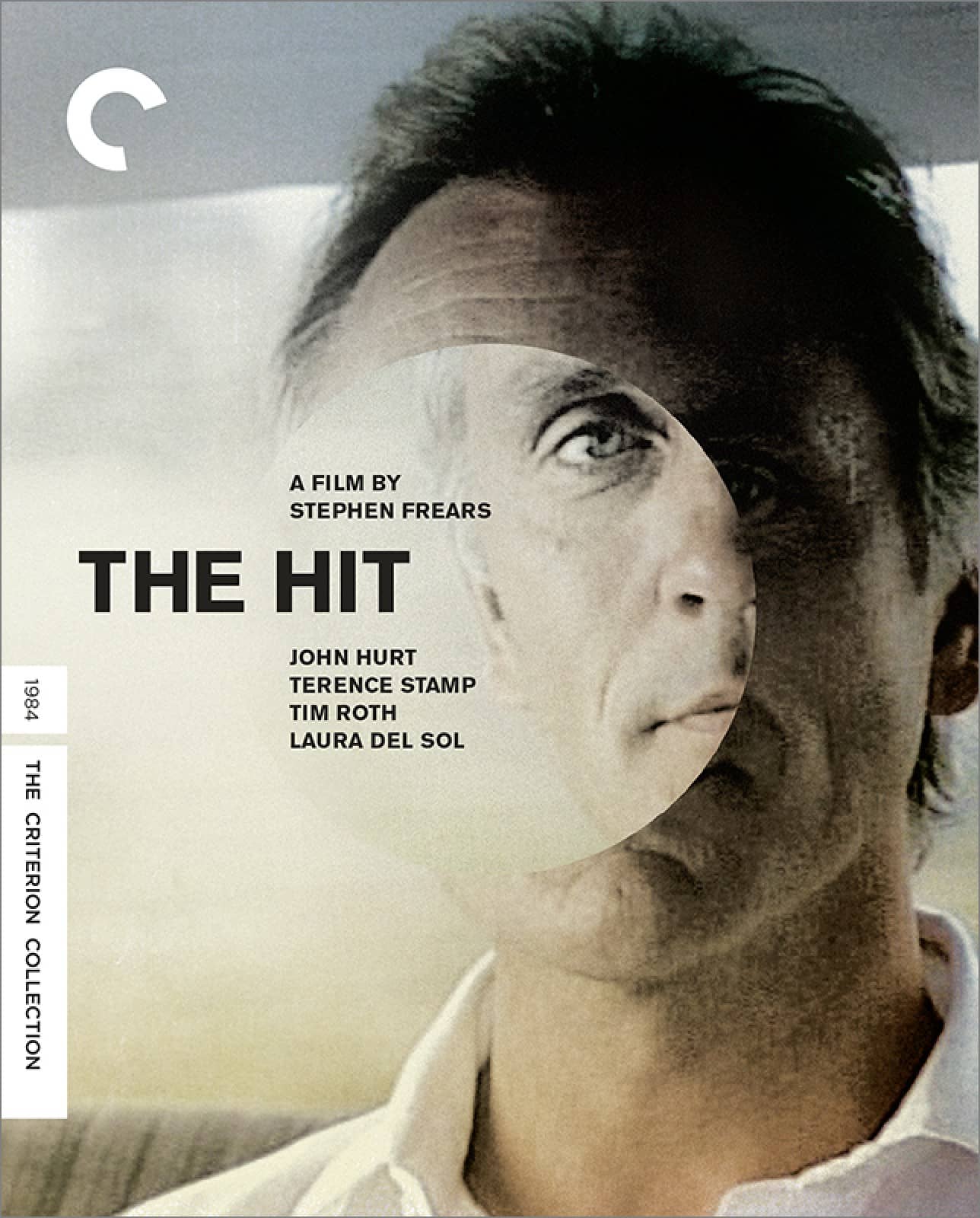 The Hit
Terence Stamp is Willie, a gangster’s henchman turned “supergrass” (informer) trying to live in peaceful hiding in a remote Spanish village. Sun-dappled bliss turns to nerve-racking suspense, however, when two hit men—played by a soulless John Hurt and a youthful, loose-cannon Tim Roth—come calling to bring Willie back for execution. This stylish early gem from Stephen Frears boasts terrific hard-boiled performances from a roster of England’s best actors, music by Eric Clapton and virtuoso flamenco guitarist Paco de Lucía, and ravishing photography of its desolate Spanish locations—a splendid backdrop for a rather sordid story.