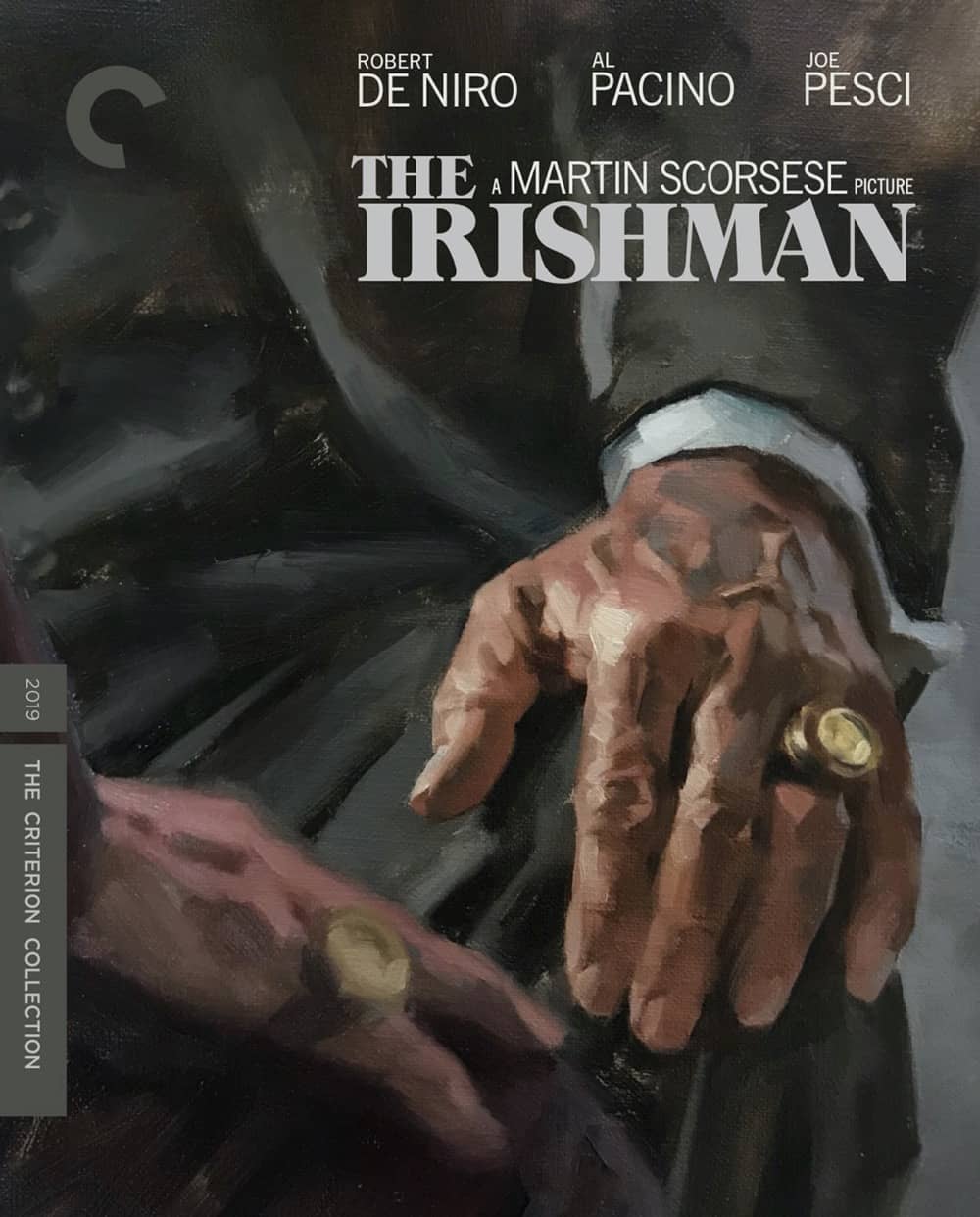 We may not be able to gather around a table this November, but our latest releases are sure to unite film lovers far and wide. Martin Scorsese’s aging-gangster opus, Jim Jarmusch’s offbeat samurai cult classic, Claudia Weill’s trailblazing tale of female friendship, and Cher’s Oscar-winning romantic-comedy turn all join the collection this fall. Plus, our previously announced 15-Blu-ray Essential Fellini box set brings together fourteen films from one of art-house cinema’s most legendary showmen.

The Irishman
Martin Scorsese’s cinematic mastery is on full display in this sweeping crime saga, which serves as an elegiac summation of his six-decade career. Left behind by the world, former hit man and union truck driver Frank Sheeran (Robert De Niro) looks back from a nursing home on his life’s journey through the ranks of organized crime: from his involvement with Philadelphia mob boss Russell Bufalino (Joe Pesci) to his association with Teamsters union head Jimmy Hoffa (Al Pacino) to the rift that forced him to choose between the two. An intimate story of loyalty and betrayal writ large across the epic canvas of mid-twentieth-century American history, The Irishman (based on the real-life Sheeran’s confessions, as told to writer Charles Brandt for the book I Heard You Paint Houses) is a uniquely reflective late-career triumph that balances its director’s virtuoso set pieces with a profoundly personal rumination on aging, mortality, and the decisions and regrets that shape a life.

Essential Fellini
One hundred years after his birth, Federico Fellini still stands apart as a giant of the cinema. The Italian maestro is defined by his dualities: the sacred and the profane, the masculine and the feminine, the provincial and the urbane. He began his career working in the slice-of-life poetry of neorealism, and though he soon spun off on his own freewheeling creative axis, he never lost that grounding, evoking his dreams, memories, and obsessions in increasingly grand productions teeming with carnivalesque imagery and flights of phantasmagoric surrealism while maintaining an earthy, embodied connection to humanity. Bringing together fourteen of the director’s greatest spectacles, all beautifully restored, this centenary box set is a monument to an artist who conjured a cinematic universe all his own: a vision of the world as a three-ring circus in which his innermost infatuations, fears, and fantasies take center stage.

Girlfriends
When her best friend and roommate abruptly moves out to get married, Susan (Melanie Mayron), trying to become a gallery artist while making ends meet as a bar mitzvah photographer on Manhattan’s Upper West Side, finds herself adrift in both life and love. Could a new job be the answer? What about a fling with a married, older rabbi (Eli Wallach)? A wonder of American independent filmmaking whose remarkably authentic vision of female relationships has become a touchstone for makers of an entire subgenre of films and television shows about young women trying to make it in the big city, this 1970s New York time capsule from Claudia Weill captures the complexities and contradictions of women’s lives and relationships with wry humor and refreshing frankness.

Ghost Dog: The Way of the Samurai
Jim Jarmusch combines his love for the ice-cool crime dramas of Jean-Pierre Melville and Seijun Suzuki with the philosophical dimensions of samurai mythology for an eccentrically postmodern take on the hit-man thriller. In one of his defining roles, Forest Whitaker brings a commanding serenity to his portrayal of a Zen contract killer working for a bumbling mob outfit, a modern man who adheres steadfastly to the ideals of the Japanese warrior code even as chaos and violence spiral around him. Featuring moody cinematography by the great Robby Müller, a mesmerizing score by the Wu-Tang Clan’s RZA, and a host of colorful character actors (including a memorably stone-faced Henry Silva), Ghost Dog: The Way of the Samurai plays like a pop-culture-sampling cinematic mixtape built around a one-of-a-kind tragic hero.

Moonstruck
A full moon, a New York City night, and love and music in the air . . . One of the most enchanting romantic comedies of all time assembles a flawless ensemble cast for a tender and boisterously funny look at a multigenerational Italian American family in Brooklyn, wrestling with the complexities of love and marriage at every stage of life. At the center of it all is a radiant Cher as Loretta, an unlucky-in-love bookkeeper whose feelings about her engagement to the staid Johnny (Danny Aiello) are thrown into question after she meets his hot-blooded brother, Ronny (Nicolas Cage), and one night at the opera changes everything. Winner of the Academy Awards for best actress (Cher), supporting actress (Olympia Dukakis), and original screenplay (by playwright John Patrick Shanley), this modern-day fairy tale is swept along on passionate Puccini melodies, and directed by master storyteller Norman Jewison with the heightened emotion to match.