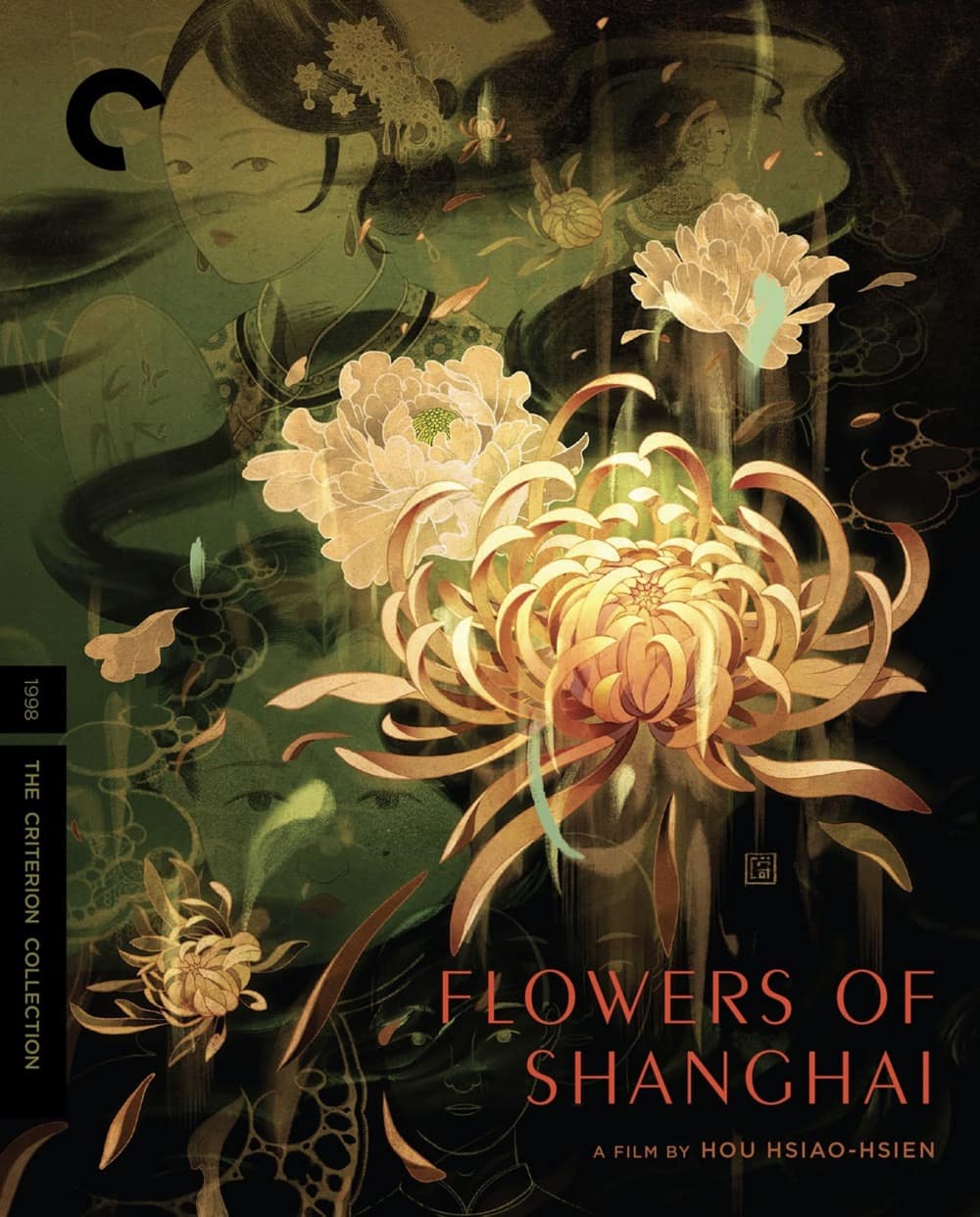 April showers bring May Flowers! This spring, get ready for a ravishing period masterpiece, a beloved teen-movie touchstone, a dark-as-they-come noir nightmare, a frank and feminist pre-Code triumph, and a concert documentary like no other.

An intoxicating, time-bending experience bathed in the golden glow of oil lamps and wreathed in an opium haze, this gorgeous period reverie by Hou Hsiao-hsien traces the romantic intrigue, jealousies, and tensions swirling around four late-nineteenth-century Shanghai “flower houses,” where the courtesans live confined to a gilded cage, ensconced in opulent splendor but forced to work to buy back their freedom. Among the regular clients is the taciturn Master Wang (Tony Leung Chiu-wai), whose relationship with his longtime mistress (Michiko Hada) is roiled by a perceived act of betrayal. Composed in a languorous procession of entrancing long takes, Flowers of Shanghai evokes a vanished world of decadence and cruelty, an insular universe where much of the dramatic action remains tantalizingly offscreen—even as its emotional fallout registers with quiet devastation.

The groundbreaking Moroccan band Nass El Ghiwane is the dynamic subject of this captivating, one-of-a-kind documentary by Ahmed El Maanouni, who filmed the four musicians during a series of electrifying live performances in Tunisia, Morocco, and France; on the streets of Casablanca; and in intimate conversations. Storytellers through song and traditional instruments, and with connections to political theater, the band became a local phenomenon and an international sensation, thanks to its rebellious lyrics and sublime, fully acoustic sound, which draws on Berber rhythms, Malhun sung poetry, and Gnawa dances. Both a concert movie and a free-form audiovisual experiment, bolstered by images of the band’s rapt audience, Trances is pure cinematic poetry.

Merrily We Go To Hell

Addiction, nonmonogamy, and female sexual liberation: decades before such ideas were widely discussed, Dorothy Arzner, the only woman to work as a director in 1930s Hollywood, brought them to the screen with striking frankness, sophistication, and wit—a mature treatment that stands out even in the pre-Code era. Fredric March (in one of four collaborations with Arzner) and Sylvia Sidney turn in extraordinary performances as the urbane couple whose relationship is pushed to the breaking point by his alcoholism and wandering eye—leading them into an emotionally explosive experiment with an open marriage. Exposing the hypocrisies and petty cruelties simmering beneath the surface of high-society elegance, Merrily We Go to Hell is a scathing early-feminist commentary on modern marriage.

Darkness lurks behind the bright lights of a traveling carnival in one of the most haunting and perverse film noirs of the 1940s. Adapted from the scandalous best seller by William Lindsay Gresham, Nightmare Alleygave Tyrone Power a chance to subvert his matinee-idol image with a ruthless performance as Stan Carlisle, a small-time carny whose unctuous charm propels him to fame as a charlatan spiritualist, but whose unchecked ambition leads him down a path of moral degradation and self-destruction. Although its strange, sordid atmosphere shocked contemporary audiences, this long difficult-to-see reflection of postwar angst has now taken its place as one of the defining noirs of its era—a fate-fueled downward slide into existential oblivion.

The wild world of adolescence has rarely been captured with as sharp an observational eye as in this refreshingly smart, frank spin on the teen comedy by director Amy Heckerling and screenwriter Cameron Crowe—for each of whom it kicked off a hugely successful film career. Based on Crowe’s experiences going undercover as a student at a Southern California high school, Fast Times at Ridgemont High blends hormone-fueled hilarity with an almost sociological examination of the 1980s teenage experience: the shopping-mall hangouts, fast-food jobs, buzzkill teachers, awkward dates, and first experiences of love and sex. This pop-culture touchstone launched to stardom practically an entire cast of unknowns—including Jennifer Jason Leigh, Phoebe Cates, Judge Reinhold, Forest Whitaker, Anthony Edwards, Eric Stoltz, and Sean Penn as stoner icon Jeff Spicoli—and broke new ground in its raw yet sensitive depiction of the realities of coming of age.