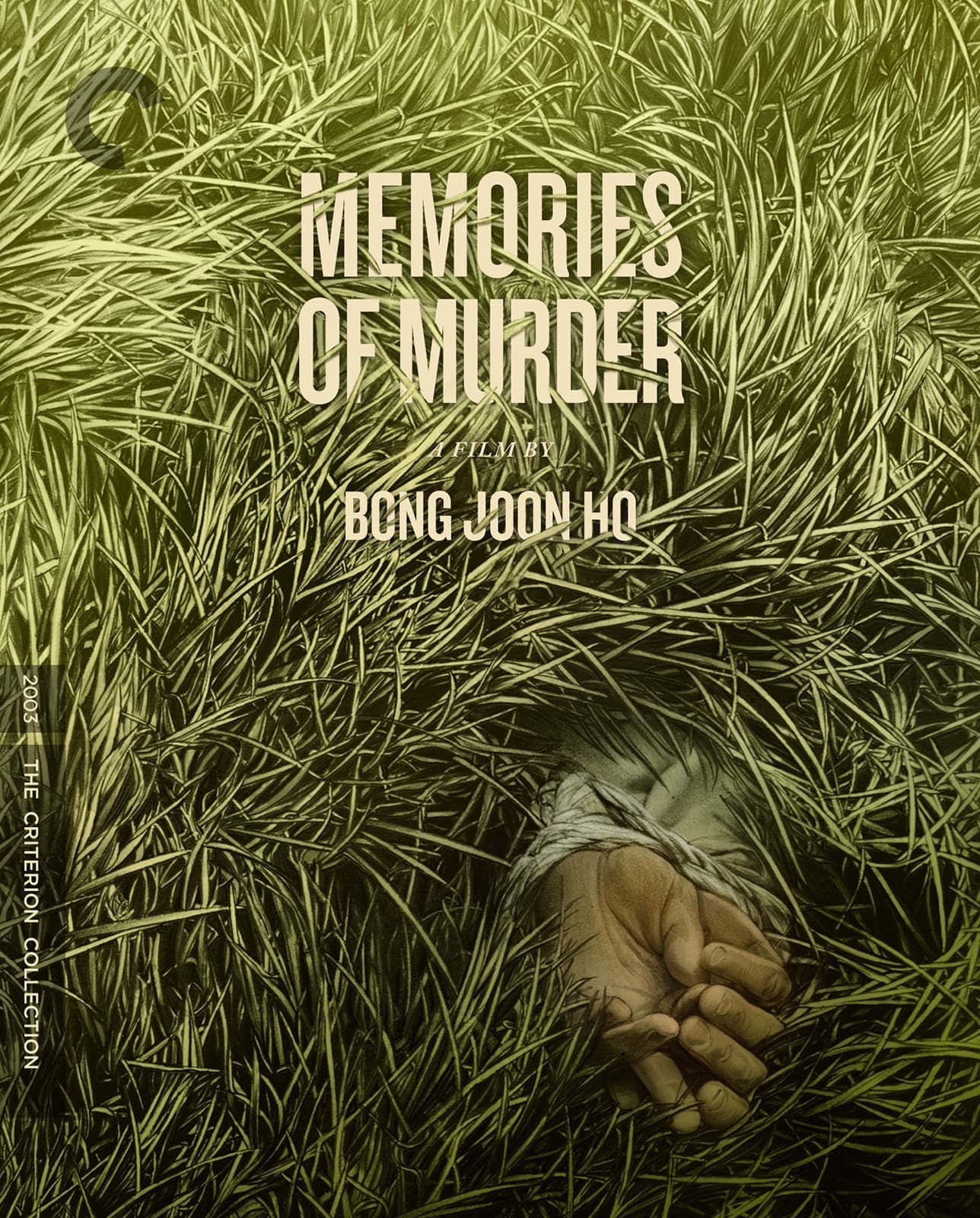 This spring, brace yourself for an eclectic batch of genre-twisting pleasures: Bong Joon Ho’s black-comic mystery based on the true story of a notorious South Korean serial killer, Olivier Assayas’s live-wire pastiche of silent cinema and martial-arts flicks, and Frank Borzage’s sublime, swooning romance. And, now on Blu-ray, Anthony Mann fuses melodrama and the western while Jean-Luc Godard meets “the children of Marx and Coca-Cola.”

Memories of Murder
In his breakthrough second feature, Bong Joon Ho explodes the conventions of the policier with thrillingly subversive, genre-defying results. Based on the true story of a string of serial killings that rocked a rural community in the 1980s, Memories of Murder stars New Korean Cinema icon Song Kang Ho as the local officer who reluctantly joins forces with a seasoned Seoul detective (Kim Sang Kyung) to investigate the crimes—leading each man on a wrenching, yearslong odyssey of failure and frustration that will drive him to the existential edge. Combining a gripping procedural with a vivid social portrait of the everyday absurdity of life under military rule, Bong fashions a haunting journey into ever-deepening darkness that begins as a black-comic satire and ends as a soul-shattering encounter with the abyss. 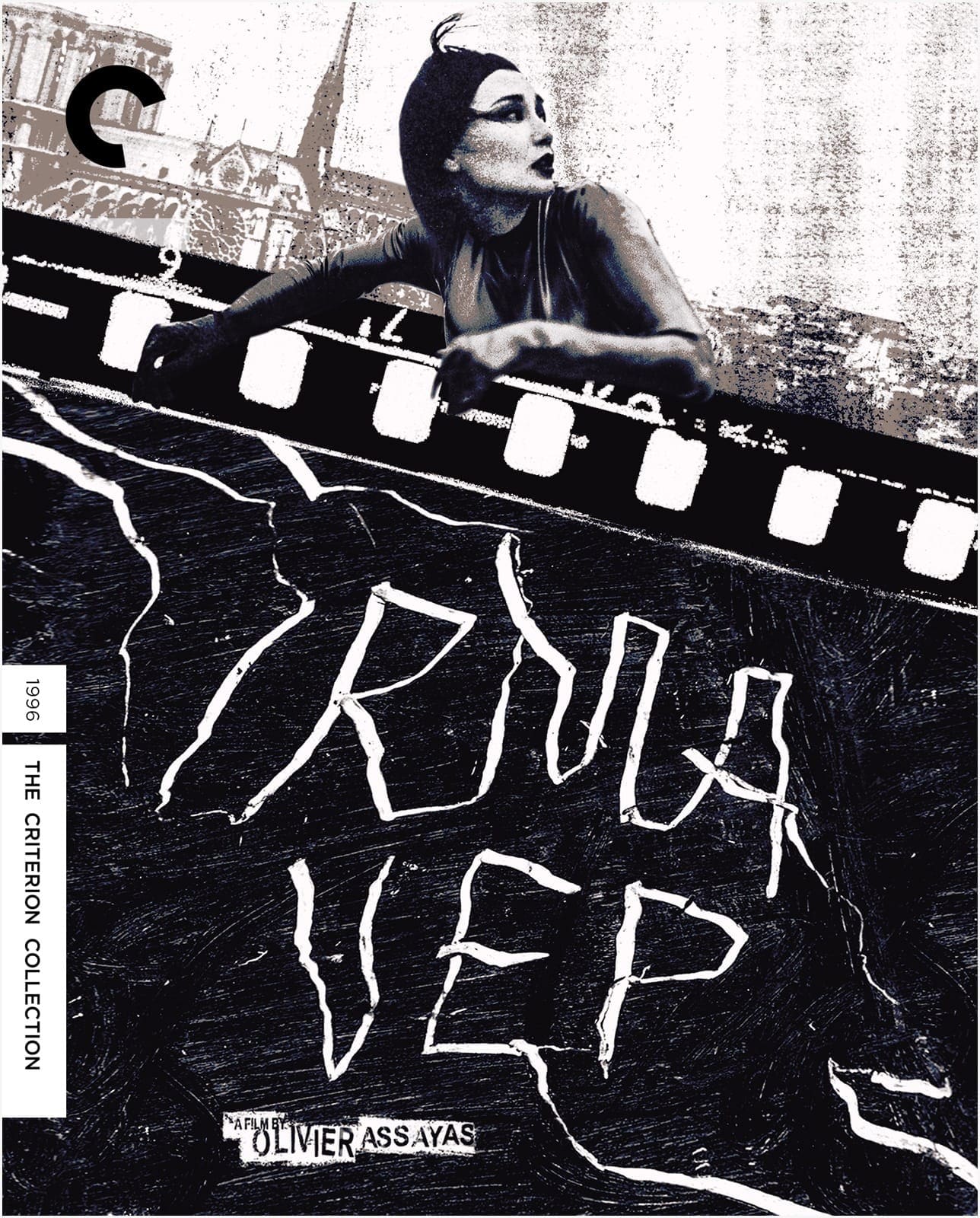 Irma Vep
The live-wire international breakthrough of Olivier Assayas stars a magnetic Maggie Cheung as a version of herself: a Hong Kong action-movie star who arrives in Paris to play the latex-clad lead in a remake of Louis Feuillade’s classic silent crime serial Les vampires. What she finds is a behind-the-scenes tangle of barely controlled chaos as egos clash, romantic attractions simmer, and an obsessive director (a cannily cast Jean-Pierre Léaud) drives himself to the brink to realize his vision. Blending blasts of silent cinema, martial-arts flicks, and the music of Sonic Youth and Luna into a hallucinatory swirl of postmodern cool, Assayas composes a witty critique of the nineties French film industry and the eternal tension between art and commercial entertainment. 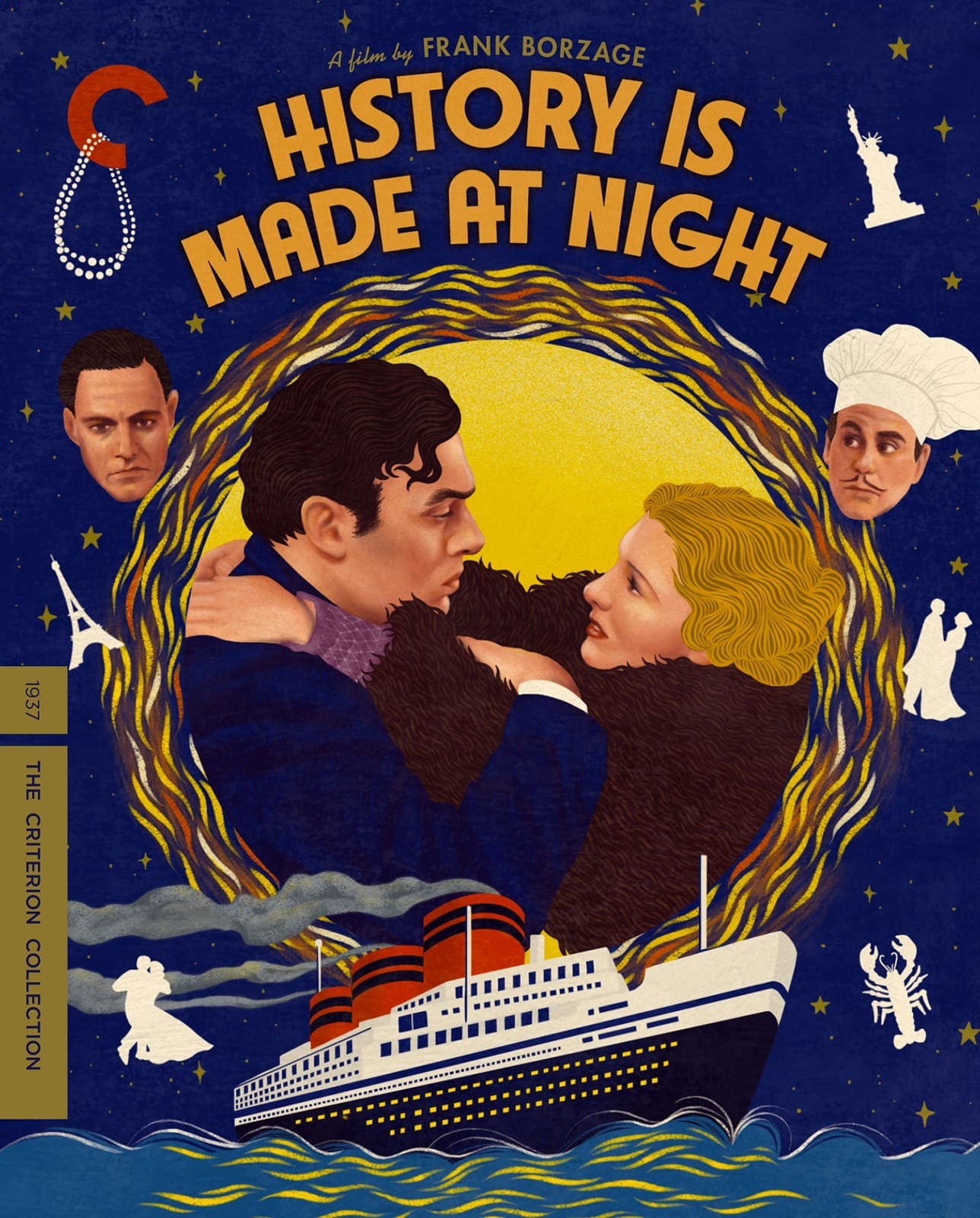 History Is Made at Night
Suffused with intoxicating romanticism, History Is Made at Night is a sublime paean to love from Frank Borzage, classic Hollywood’s supreme poet of carnal and spiritual desire. On the run through Europe from her wealthy, cruelly possessive husband, an American (Jean Arthur) is thrown together by fate with a suave stranger (Charles Boyer)—and soon the two are bound in a consuming, seemingly impossible affair that stretches across continents and brings them to the very edge of catastrophe. Lent a palpable erotic charge by the chemistry between its leads, this delirious vision of lovers beset by the world passes through a dizzying array of tonal shifts—from melodrama to romantic comedy to noir to disaster thriller—smoothly guided by Borzage’s unwavering allegiance to the power of love. 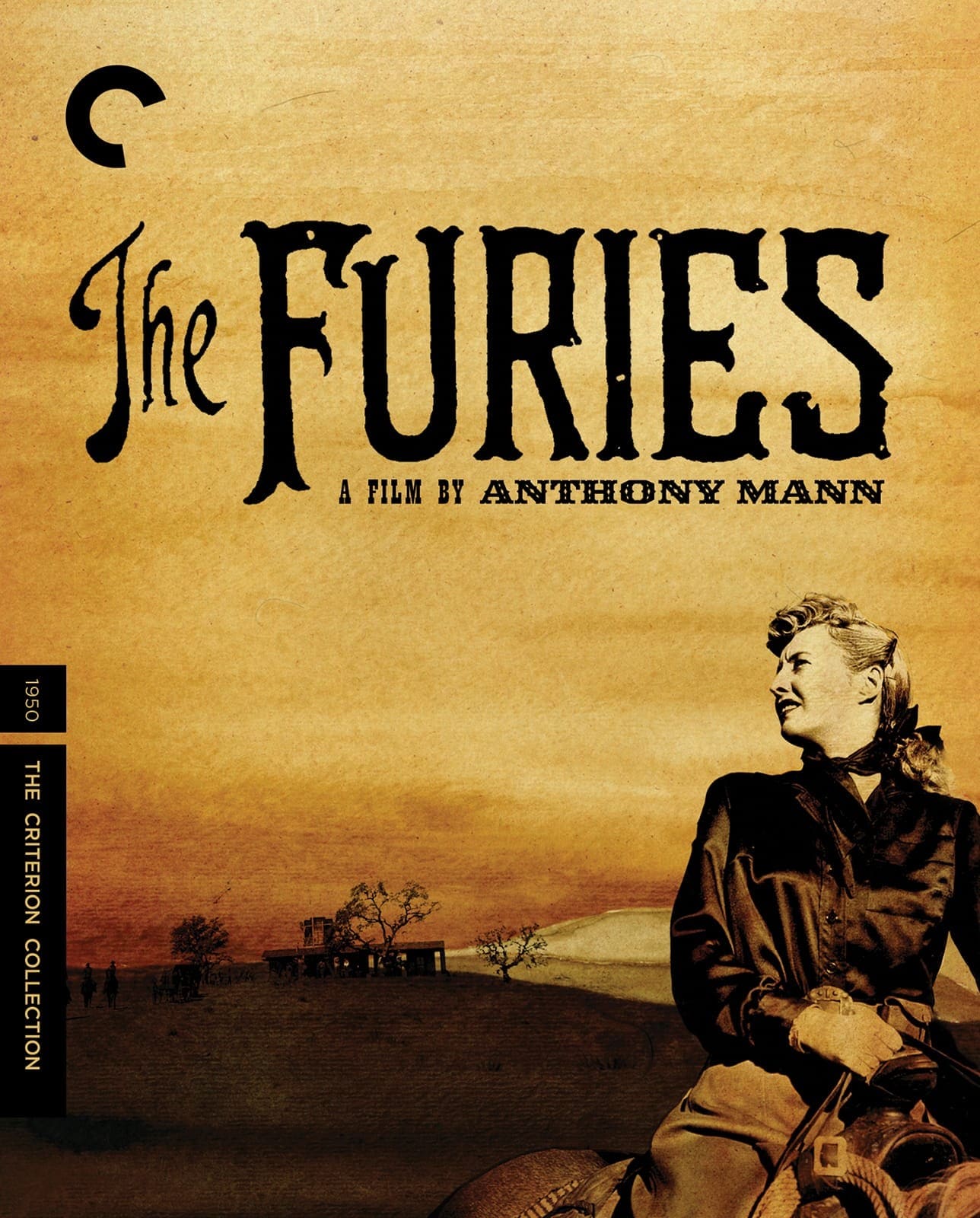 The Furies
Barbara Stanwyck and Walter Huston are at their fierce finest in this crackling western melodrama by master Hollywood craftsman Anthony Mann. In 1870s New Mexico Territory, megalomaniacal widowed ranch owner T. C. Jeffords (Huston, in his final role) butts heads with his firebrand of a daughter, Vance (Stanwyck), over her dowry, choice of husband, and, finally, ownership of the land itself. Sophisticated in its view of frontier settlement and ablaze with searing domestic drama, The Furies is an often-overlooked treasure of American filmmaking, boasting Oscar–nominated cinematography and vivid supporting turns from Judith Anderson, Wendell Corey, and Gilbert Roland. 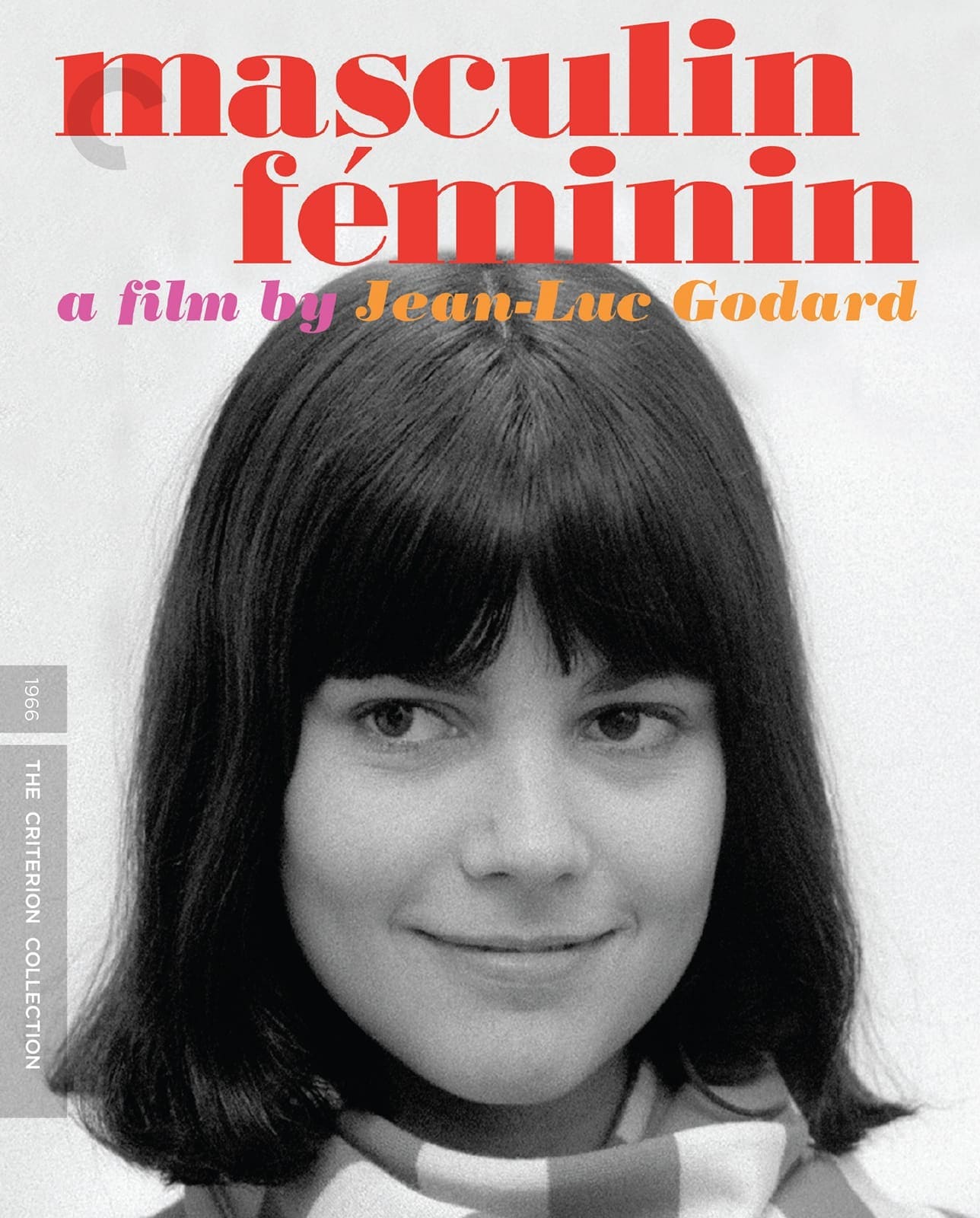 Masculin féminin
With Masculin féminin, the ruthless stylist and iconoclast Jean-Luc Godard introduces the world to “the children of Marx and Coca-Cola,” through a gang of restless youths engaged in hopeless love affairs with music, revolution, and one another. French New Wave icon Jean-Pierre Léaud stars as Paul, an idealistic would-be intellectual struggling to forge a relationship with the adorable pop star Madeleine (real-life yé-yé girl Chantal Goya). Through their tempestuous affair, Godard fashions a candid and wildly funny free-form examination of youth culture in pulsating 1960s Paris, mixing satire and tragedy as only Godard can.