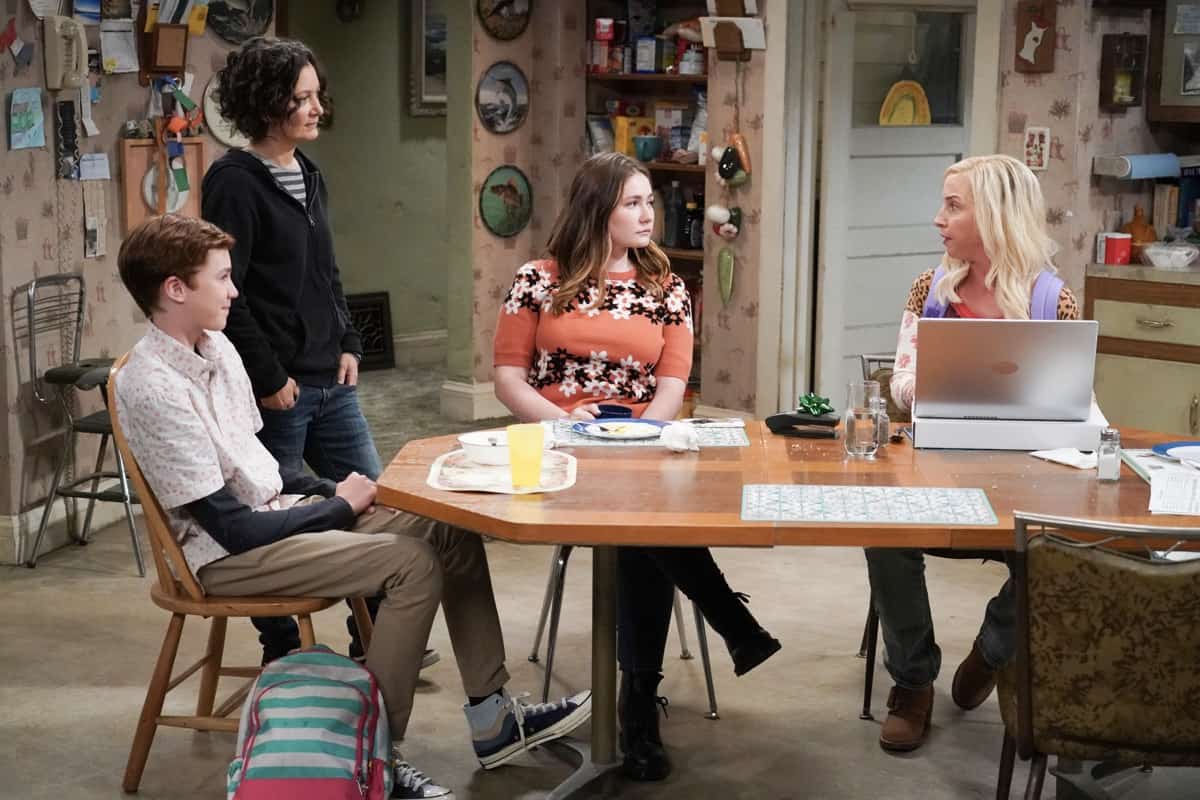 THE CONNERS Season 4 Episode 2 Photos Education, Corruption, and Damnation – After Ben declines Darlene’s proposal, she starts to ponder why she tends to be so negative in life, prompting her to start a journey of self-discovery which leads to Pastor Phil. Meanwhile, newly appointed City Councilman Don Blansky puts Jackie in a tough position as she and Neville are ready to open the new and improved Lunch Box on “The Conners,” WEDNESDAY, SEPT. 29 (9:00-9:31 p.m. EDT), on ABC. Episodes can also be viewed the next day on demand and on Hulu. s04e02 4×02 4.02 s4e2