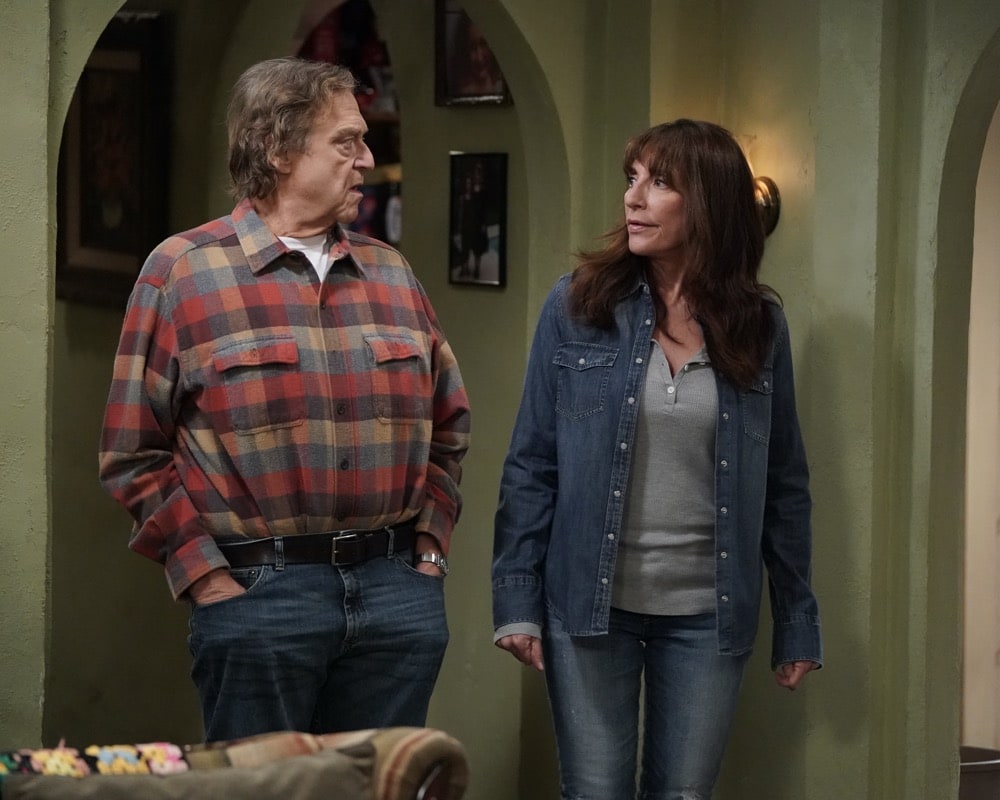 THE CONNERS Season 3 Episode 5 Photos Friends in High Places and Horse Surgery –  The Conners s03e05 – 3×05 – “Friends in High Places and Horse Surgery” – Darlene begins to develop a friendship with a manager at Wellman Plastics, which lands her in an awkward situation between the boss and her sister, Becky. Meanwhile, Louise’s brother, Neville, tries to win over Jackie by making a thoughtful gesture, creating uncomfortable tension, on “The Conners,” airing WEDNESDAY, NOV. 25 (9:00-9:30 p.m. EST), on ABC. Episodes can also be viewed the next day on demand and on Hulu.

Guest starring is Katey Sagal as Louise and Nat Faxon as Neville.
“Friends in High Places and Horse Surgery” was written by Jana Hunter and Mitch Hunter, and directed by Fred Savage.