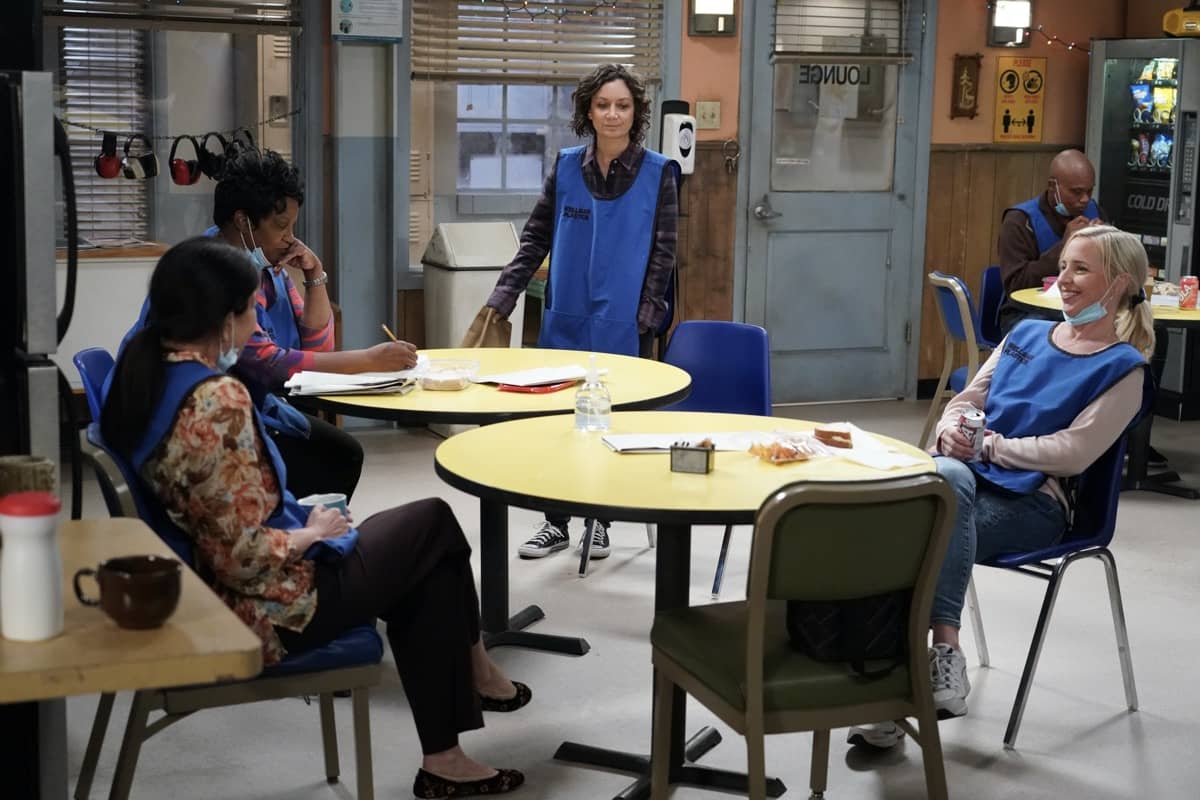 THE CONNERS Season 3 Episode 3 Photos Plastics, Trash Talk & Darlene Antoinette – “Plastics, Trash Talk & Darlene Antoinette” – Darlene isolates herself from her co-workers at Wellman Plastics, leaving them with the impression she is an elitist snob, while Louise decides to teach Harris an expensive life lesson. Jackie has invested everything she has into The Lunch Box and is determined to keep the restaurant running no matter what, leaving some family members to question her actions, on “The Conners,” airing WEDNESDAY, NOV. 4 (9:00-9:30 p.m. EST), on ABC. (TV-14, DL) Episodes can also be viewed the next day on demand and on Hulu.