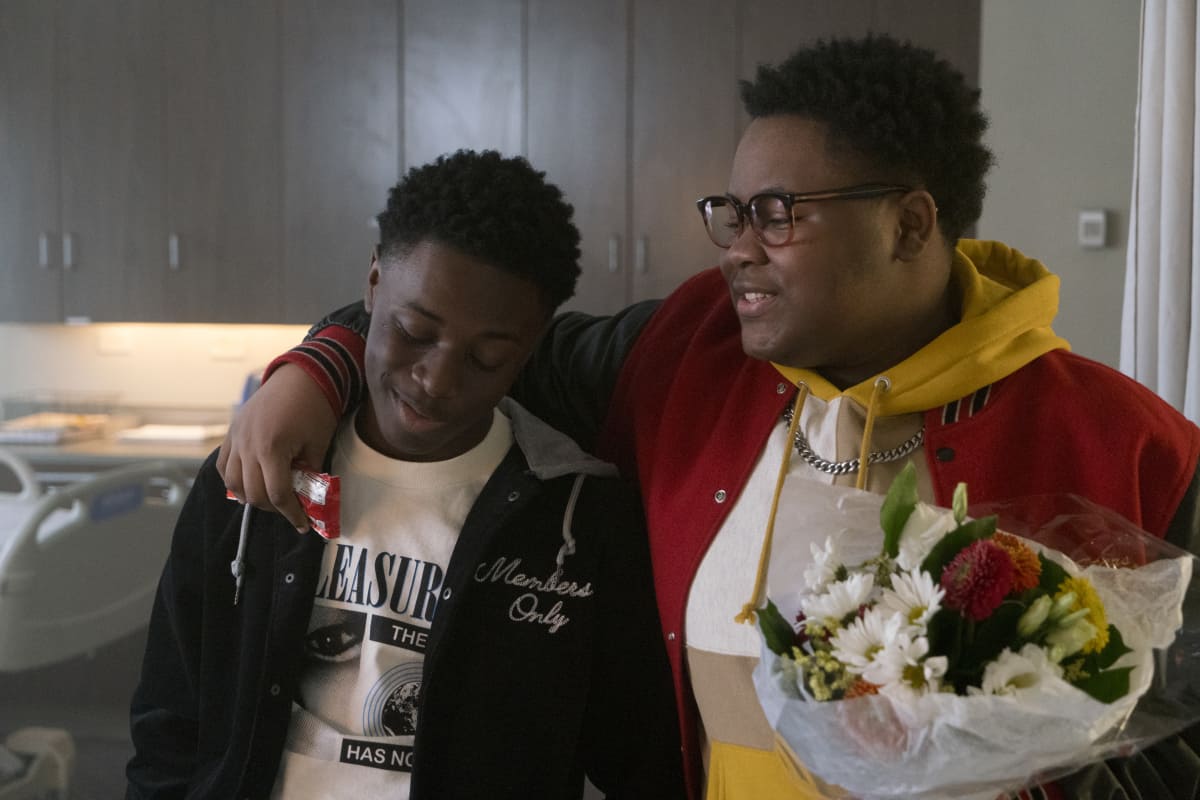 THE CHI Season 4 Episode 1 Photos Soul Food – Emmett’s past threatens his new marriage. Kiesha wrestles with a decision that will affect the life of her unborn child. A run in with law enforcement leaves Kevin, Jake and Papa reeling. Douda tries to walk the line between gangster and mayor. Tiff and Dom go into business together. Marcus petitions to bring the Olympics to Chicago. s04e01 4×01 4.01 s4e1

Created and executive produced by Emmy® winner Lena Waithe (Twenties, Boomerang) and executive produced by Academy Award®, Emmy and Golden Globe® winner Common (Selma), THE CHI is a timely coming-of-age story centering on a group of residents on the South Side of Chicago who become linked by coincidence but bonded by the need for connection and redemption. Season three was up nearly 30% in viewership over season two across platforms.

THE CHI is currently in production on 10 episodes in Chicago. In addition to Waithe and Common, Aaron Kaplan (A Million Little Things, The Neighborhood), Rick Famuyiwa (Dope), Derek Dudley and Shelby Stone of Freedom Road Productions, Rishi Rajani, president of Hillman Grad Productions, and showrunner Justin Hillian serve as executive producers for season four. Produced entirely in its namesake city, THE CHI is produced by 20th Television.