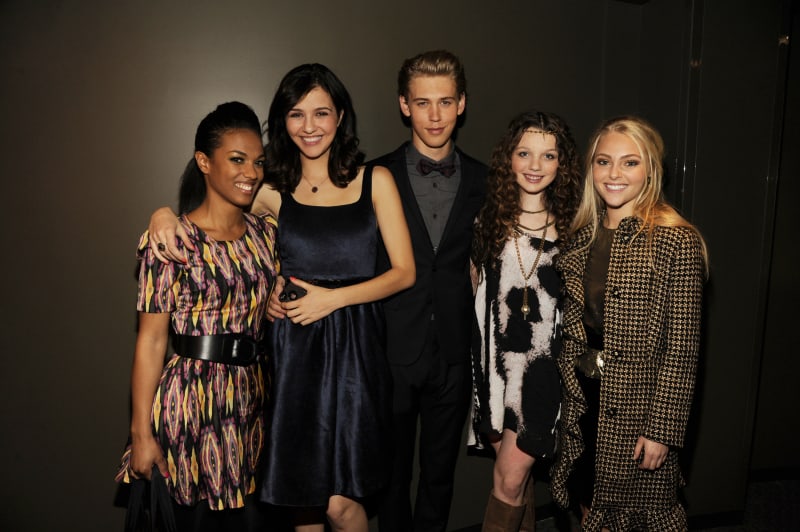 Everyone is at least a little bit familiar with the HBO hit Sex and the City. When the author of the book that series is based on, Candace Bushnell, decided to write a prequel, it is little surprise that the CW, known for their teen-centric dramas, would latch on. THE CARRIE DIARIES, premiering Monday, January 14th at 8 p.m. ET. The show has a built in audience, and will surely deliver big ratings, at least initially, from Sex and the City fans who want to see how it all began.

What’s disappointing is that there is not more connection between THE CARRIE DIARIES and the original series. Yes, they are made by different people, but given the popularity of Sex and the City, and that is what the CW will be banking on to build an audience, besides their typical demographic, a cameo by Sarah Jessica Parker, or a glimpse of a familiar setting, would go a long ways. While Samantha, Miranda, and Charlotte won’t show up for awhile, some thread to their world would be nice. The only touch I noticed in “The Pilot” that speaks to this is the final shot of Carrie (AnnaSophia Robb, Charlie and the Chocolate Factory) writing as she looks out the window.

That being said, the bones of the new show are firmly in place as THE CARRIE DIARIES begins. Robb may not look all that much like Parker, but she has the narration, fashion sense, and free spiritedness down. Carrie is still in high school and has a long way to go, but she’s starting off on the right foot.

Also, leaving the series set in the 1980s is a good decision. It allows it to be a period piece, setting it apart from the rest of the CW’s lineup. In retrospect, the production team can hand pick the best trends and music from that era, knowing what will stand the test of time. In this arena, they do well.

The key to the story of THE CARRIE DIARIES has to be that Carrie will grow into the character fans the world over love. That’s why the scenes set inNew York Citywork far better than the ones that take place inConnecticut. In the Big Apple, Carrie visits Century 21 department store and is introduced to the cultural scene by the style editor of her favorite magazine, Larissa (Freema Agyeman, Doctor Who, Law & Order: UK), which sets her off towards her life goals.

Back at the high school, Carrie hangs out with Mouse (Ellen Wong, Scott Pilgrim vs. the World), Maggie (Katie Findlay, The Killing), and Walt (Brendan Dooling), while drooling over Sebastian (Austin Butler, Life Unexpected). None of these people speak to who Carrie will become as an adult, which is probably why they will, or should, all drift away sooner, rather than later, during the run of the show. Obviously, in high school, Carrie is just beginning her real life, but knowing that none of these people play important roles later, the investment to be made in them is minimal.

The balance will have to be found in making Carrie’s high school days matter. Because they don’t, viewers will want her to hurry up and get out of her small town. But she can’t too quickly, because she has years left there. This could potentially stifle the plot, and perhaps the gun was jumped by bringing in Larissa and Carrie’s downtown job so soon.

Carrie’s home life is a different side of her entirely. Dealing with her mother’s recent passing, Carrie acts as a sort of mother figure to her younger sister, rebellious Dorrit (Stefania Owen, Running Wilde), while trying not to be too much trouble for her father, Tom (Matt Letscher, Scandal, Eli Stone). Dorrit and Tom are not in Carrie’s adult stories, so do they drift apart, do they have a major falling out, or will tragedy strike?

The home stuff is actually pretty interesting, because unlike the high school scenes, it contributes to Carrie’s maturation. But, again, because we all know what is to come, it feels a little painted into a corner. Sure, Carrie might maintain healthy relationships with her family, even though they aren’t mentioned for six seasons and two films, but it seems unlikely.

THE CARRIE DIARIES struggles with delivering the CW’s normal fare, teen angst, while building towards something much more. The “Pilot” is intriguing, but not overly special. The cast seems capable enough; will the writing find a balance that succeeds in moving things appropriately forwards? Having not read the novel yet, I do not know if the source material has a good answer for any of this, but the television show has to if it wants to stay on the air.