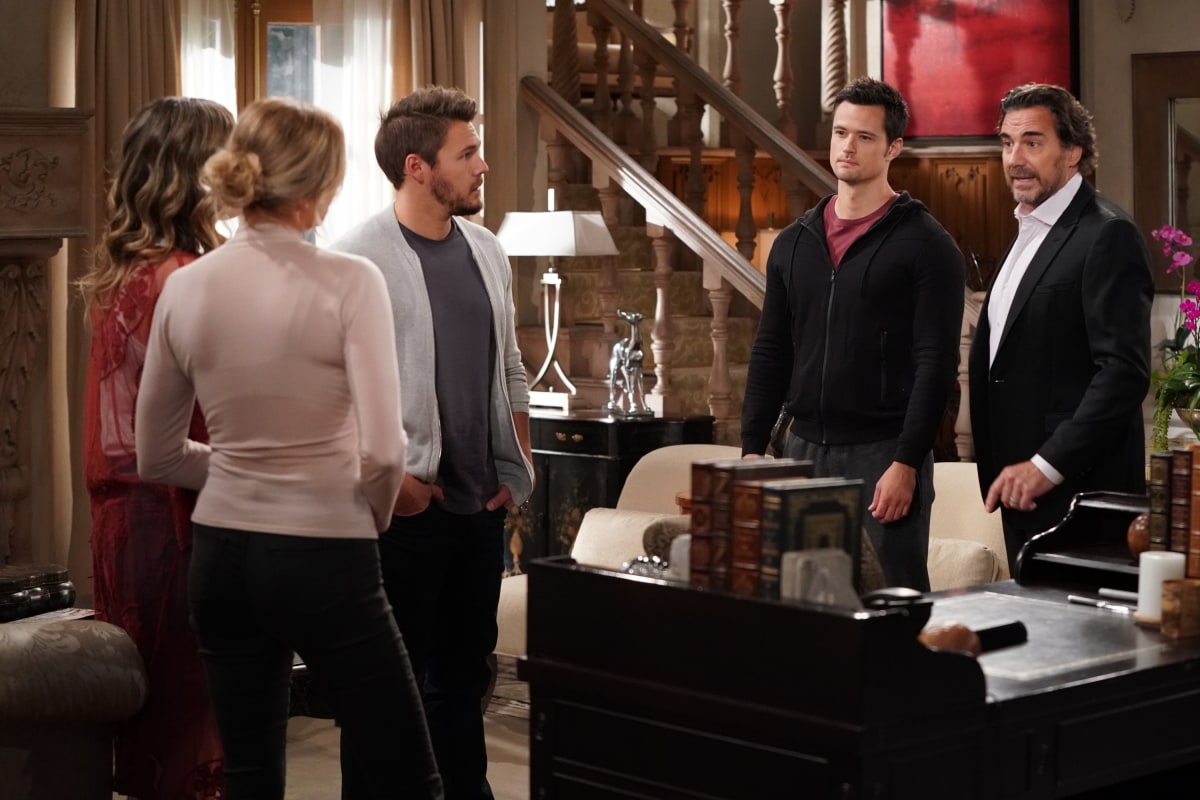 On Monday, July 20, catch up on the latest drama surrounding the Forrester family. Katie (Heather Tom) fills in Carter (Lawrence Saint-Victor) on how Quinn (Rena Sofer) sabotaged Brooke (Katherine Kelly Lang) and Ridge’s (Thorsten Kaye) reunion party. Then, Zoe (Kiara Barnes) and Carter discuss her whirlwind romance with Thomas (Matthew Atkinson), how he was exposed for his manipulations and lies at their wedding, and how Hope (Annika Noelle) and Liam (Scott Clifton) were able to overcome everything and reunite. Finally, Zoe and Carter learn about Sally’s (Courtney Hope) illness and what Wyatt (Darin Brooks) and Flo (Katrina Bowden) did when they found out.

On Tuesday, July 21, Wyatt walks into the beach house and is dismayed by what he sees. Meanwhile, Bill (Don Diamont) tells Katie he will accept any consequence from his actions, except losing Katie and their family. Also, Sally and Dr. Escobar (Monica Ruiz) haul the unconscious Flo to Sally’s apartment where they tie her to the radiator. When Flo realizes she has been kidnapped, she is appalled by Sally’s actions. This episode was filmed before the pandemic shut down production.

On Wednesday, July 22, Dr. Escobar and Flo are shocked by Sally’s pregnancy plan and plead with her not to proceed. Also, Steffy (Jacqueline MacInnes Wood) heads out on her motorcycle for some quality “me” time and is involved in an accident. This episode was filmed before the pandemic shut down production.

On Thursday, July 23, Bill is shocked when he realizes he hit Steffy with his car while she was out riding her motorcycle. He frantically calls 9-1-1, and Steffy is rushed to the ER. Also, Flo prays her secret message gets through to Wyatt, and as Sally starts seducing Wyatt, he finally sees the message from Flo. Also, Tanner Novlan joins the cast as Steffy’s doctor, John “Finn” Finnegan.

On Friday, July 24, Wyatt demands Sally tell him where Flo is and begins to search for her. Meanwhile, Bill is with Steffy in her hospital room, guilt-ridden and apologetic. He calls Ridge to let him know Steffy was in an accident. Brooke and Ridge rush to the hospital, fighting back emotions when they see her.

THE BOLD AND THE BEAUTIFUL, the most-watched U.S.-produced daytime drama in the world, is set in Los Angeles and tells the compelling story of high fashion, glamour, honor, romance, passion and, most importantly, family. It is a Bell-Phillip Television production. Bradley Bell is the executive producer.