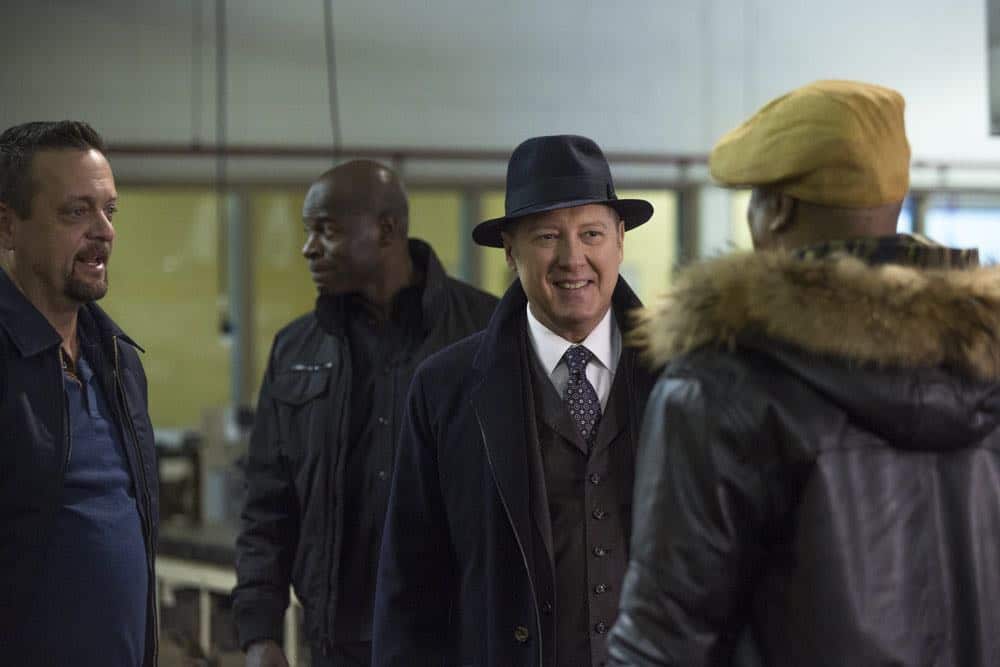 When bodies are discovered in abandoned woods, Red (James Spader) points the Task Force toward The Invisible Hand, a group that targets those whose actions are morally reprehensible yet fully legal. Meanwhile, Red steps in to assist one of his employees, and Liz (Megan Boone) discovers a major clue about Tom’s investigation. THE BLACKLIST Season 5 Episode 13 Photos The Invisible Hand #63