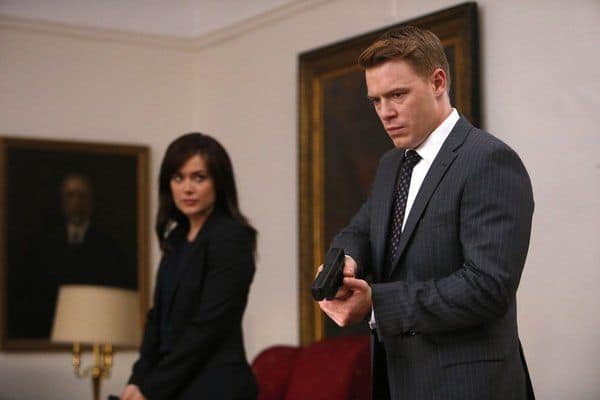 THE BLACKLIST Season 1 Episode 4 The Stewmaker Promo : AN EYEWITNESSES TESTIMONY IS THE ONLY THING THAT CAN HELP INDICT A WANTED DRUG LORD – CLIFTON COLLINS JR. GUEST STARS – While continuing her investigation into the truth about Tom (Ryan Eggold), Liz (Megan Boone) testifies against drug lord, Hector Lorca (guest star Clifton Collins Jr.). Later another witness is abducted when he is forced to testify against the dangerous drug trafficker. Red’s (James Spader) interest is peaked and he informs the team that the witness may have been taken by “The Stewmaker” a man responsible for hundreds of missing and presumed dead people. Meanwhile, in an unlikely twist of events, Red and Ressler (Diego Klattehoff) must work together for the first time. Harry Lennix and Parminder Nagra also star.