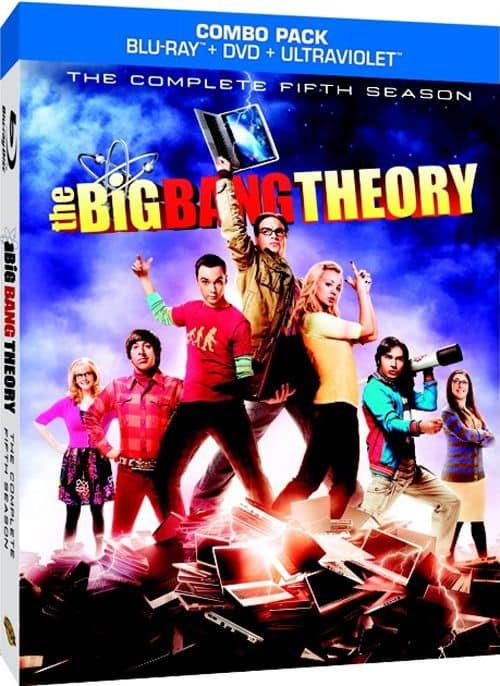 Seat42f and Warner Home Video have teamed up to give THREE lucky winners a copy of THE BIG BANG THEORY Season 5 on BLURAY. For a chance to win leave a comment below telling us why you want to add THE BIG BANG THEORY Season 5 to your BLURAY collection. Only one entry per person. Contest ends September 11th. Winners will be notified on September 12th via email so make sure to use a valid email address when you post your comment.

It doesn’t take a rocket scientist to understand why audiences continue to fall in love with the geniuses from Caltech.  Now America’s favorite physicists are back with a bang as Warner Home Video (WHV) releases The Big Bang Theory: The Complete Fifth Season on DVD and Blu-rayTM Combo Pack on September 11, 2012.  In its fifth season, airing Thursdays at 8/7c on CBS, The Big Bang Theory was the #1 comedy on network television among Total Viewers, and in its first year in off-network syndication, the series ranked as the #1 show in all of syndication among Adults 18-49 and 25-54*.  Coinciding with the show’s highly-anticipated sixth season premiere, The Big Bang Theory: The Complete Fifth Season will be available for an SRP of $44.98 on DVD and $54.97 on Blu-rayTM Combo Pack.

In The Big Bang Theory: The Complete Fifth Season, Penny and Leonard’s relationship is relaunched in full “beta test” mode, while Sheldon, Howard, and Raj discover the feminine mystique is something that cannot be easily graphed or calculated. As Sheldon makes begrudging amendments to his “Relationship Agreement” with his “friend-who-happens-to-be-a-girl,” Amy Farrah Fowler, Raj contemplates an arranged marriage, and Howard is all-systems-go for both his NASA launch and wedding to the spirited Bernadette.