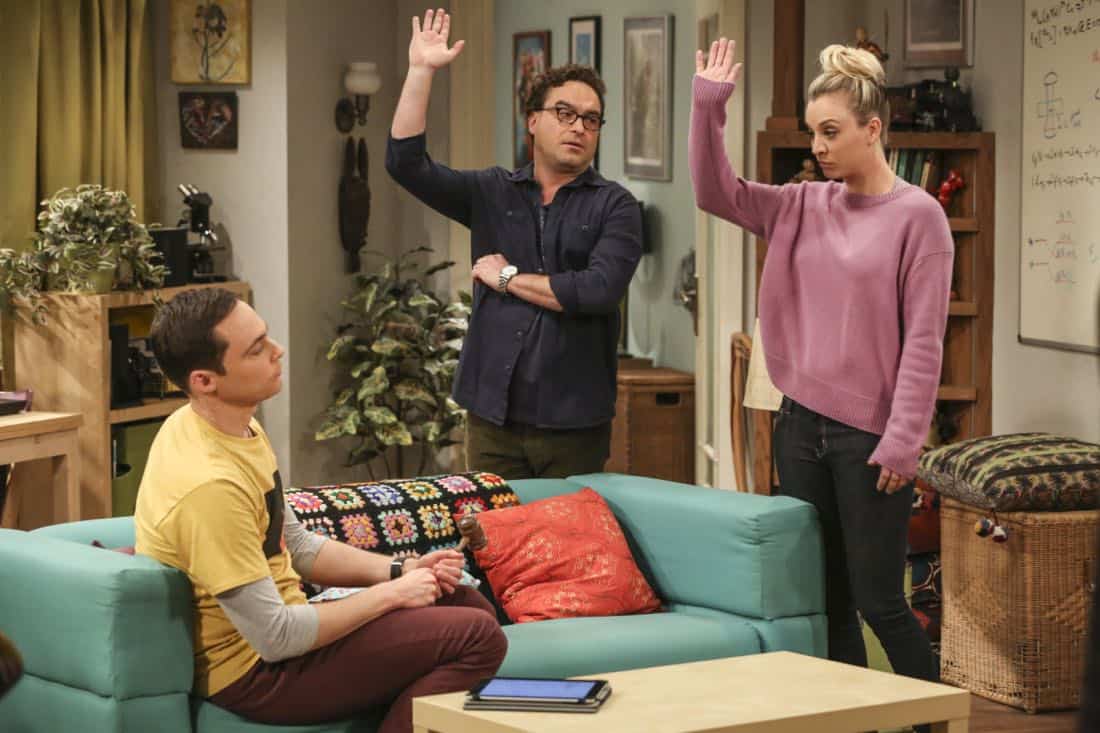 “The Tenant Disassociation” – When Leonard learns Sheldon is the president of the tenants association, he decides to run against him. Also, Bernadette encourages Wolowitz and Koothrappali to find the owner of a drone after they find it in the backyard, on The Big Bang Theory, Thursday, April 5 (8:00-8:31 PM, ET/PT) on the CBS Television Network. THE BIG BANG THEORY Season 11 Episode 19 Photos The Tenant Disassociation.