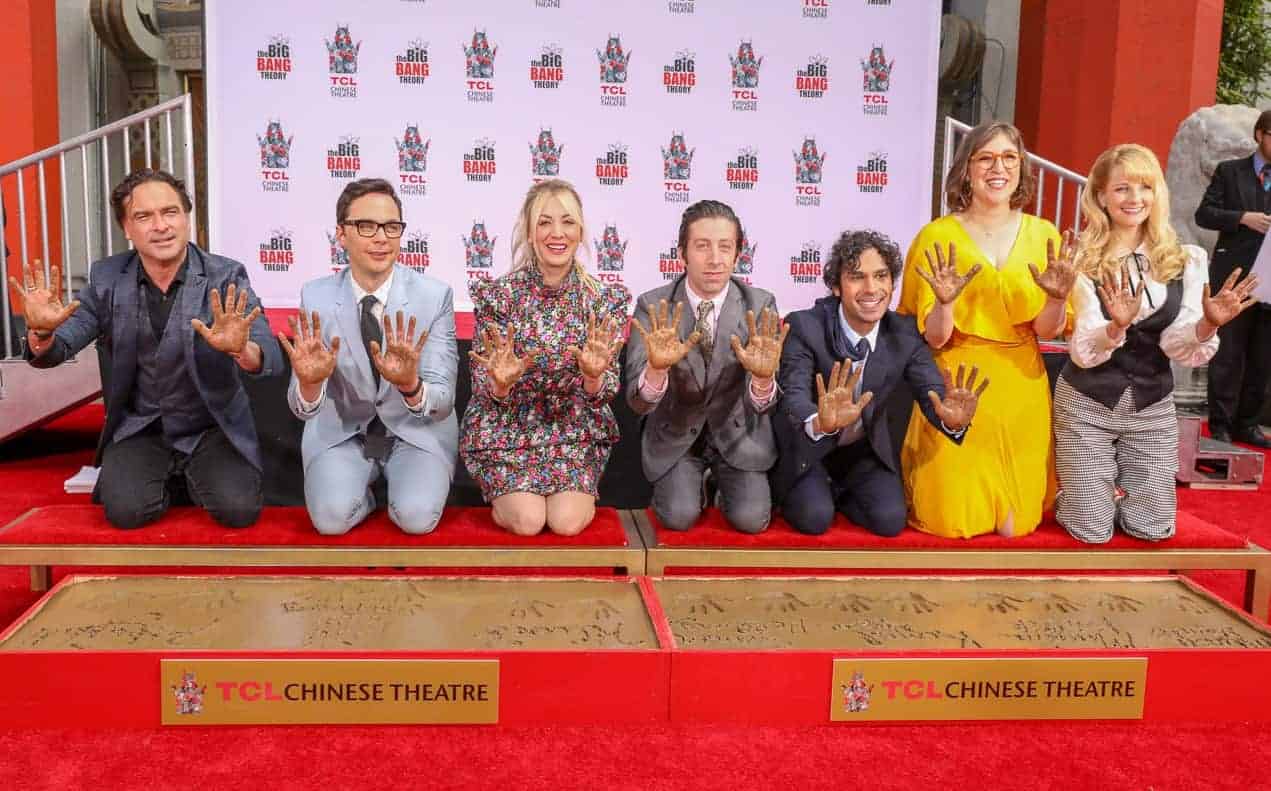 On the heels of Warner Bros. Television’s blockbuster comedy The Big Bang Theory filming the final episode of its remarkable 12-season, 279-episode run last night, series stars Johnny Galecki, Jim Parsons, Kaley Cuoco, Simon Helberg, Kunal Nayyar, Mayim Bialik and Melissa Rauch received one of the most prestigious honors in entertainment when they left their handprints in cement at the TCL Chinese Theatre IMAX® in Hollywood today, Wednesday, May 1, 2019. The Big Bang Theory is the first television series in history to be honored with the ceremony. The show will sign off as the longest-running multi-camera series in television history with a one-hour series finale Thursday, May 16, 2019, at 8/7c on CBS.

The Big Bang Theory executive producer and co-creator Chuck Lorre, who was a featured speaker at the event, said: “Having just wrapped the final episode the night before, we’re on a bit of an emotional roller-coaster. But we can definitely count this iconic handprint ceremony at the Chinese Theatre as one of the highs. We’d like to thank all of our viewers who’ve supported us over the last 12 years and made an unforgettable event like this possible.”

The TCL Chinese Theatre Handprints Ceremony is not only rich in tradition, but also provides the more than six million people who visit the site each year with an opportunity to touch Hollywood up close. A year after movie entrepreneur Sid Grauman opened the Chinese Theatre in 1927, he launched the handprints ceremony. Recent hand/footprint honorees have included Jessica Chastain, Robert De Niro, directors Ridley Scott & Quentin Tarantino, plus Jennifer Lawrence, Melissa McCarthy, Sam Elliott, Ethan Hawke, Helen Mirren, Sandra Bullock, Ryan Gosling and more. Although Star Trek was honored for its 25th anniversary and its six feature film adaptations, The Big Bang Theory represents the first standalone television series in history to be honored with the ceremony.

The Big Bang Theory shot its final episode on Tuesday, April 30, which will air on Thursday, May 16, 2019 (Thursdays at 8/7c on CBS). Currently in its 12th season, The Big Bang Theory is produced by Chuck Lorre Productions, Inc., in association with Warner Bros. Television.