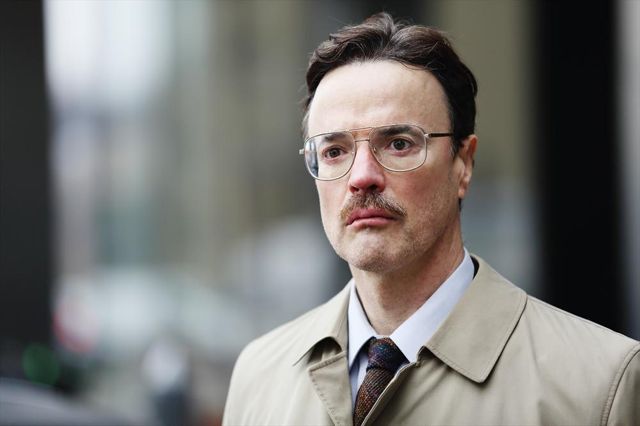 There is a fantastic new series about spies set during the Cold War era on television. The Americans and Soviets clash, tensions run high, espionage is especially dangerous, plots are layered and intricate, loyalties are divided, and the characters engaging in this battle are well acted and well written. It’s a heck of a good show, and one you should definitely be watching.

It’s called The Americans, and the second season will soon be coming to FX.

THE ASSETS, on the other hand, ABC’s eight-part miniseries premiering this week based on real events and set during the same time period, isn’t very good. It’s melodramatic, over the top, and unnecessarily campy. [/quote] When you think the story is moving in an interesting direction, it ruins the good will it has built up quickly. In short, it’s extremely disappointing, and it’s puzzling why ABC would even attempt this weak series when there’s currently an example of what it should be on another channel.

THE ASSETS stars Jodie Whittaker as Sandy Grimes. Sandy is a CIA operative who wears the pants in her household, and then second guesses whether that bothers her husband, Gary (Julian Ovenden, Foyle’s War), or not. In fact, she asks him straight out in the pilot, “My Name is Aldrich Ames,” if her personality makes him feel bad, and of course he replies that he loves her for who she is. Is this meant to call attention to the fact that she isn’t a ‘typical’ woman in the 1980s? It not only seems like an outdated stereotype, even for that time, but also paints her character as weak and unlikeable.

I know Whittaker can perform well; she did a terrific turn in the British series Broadchurch last year. Yet, here she yells in scenes where she shouldn’t and, in general, overacts. I wonder if it’s the direction or the writing that leads her to make these decisions. Her American accent is passable, but the way she plays the role takes away any points Sandy might score with viewers.

This is very unfortunate because Sandy is our plucky hero, the one in THE ASSETS who fights for what is right, even when her superiors don’t agree with her. While we should be admiring her intelligence and how she can keep her home and work life separate, instead she comes across as a stereotype played badly. THE ASSETS should rest on the strength of a multi-layered, compelling Sandy, but that strength is sorely lacking.

The villain is just a little bit better. Aldrich Ames (Paul Rhys, Borgia) may be Sandy’s co-worker, but the very beginning of “My name is Aldich Ames” lets the audience know right away that Amex is actually a mole, subverting the Americans from the inside as he helps out the Soviets and the Russians. Revealing this could be a really cool approach, except it takes away a lot of the depth and mystery in the way that it unfolds.

Now, no character suspects Ames of being dirty, and it’s easy to see why. He’s a geek in glasses, not one who would risk life and limb to take the big risks. Yet, because we know his secret, one wishes Ames would pull back a bit on telegraphing things. His tale, in real life, is an intriguing one because he did fool all his co-workers. What we are seeing wouldn’t fool anyone. Except maybe this watery version of Sandy.

The spy games are equally trite and nonsensical. In one scene, an operative loses his tail by turning back in the middle of crossing a street. So not only does the fellow following him appear unobservant, not keeping an eye on the guy, but he also is unable to follow from across a few lanes of traffic for a few blocks as the other man doubles back, and then cross later? I thought these were professionals?

THE ASSETS just plain doesn’t live up to its potential. As a concept, it should work quite well. In execution, it fails miserably. Perhaps I am influenced in my opinion because I have The Americans so readily available to compare it against, a much superior effort. But so does every other TV viewer, and the network should have known that before putting this on the air. I wouldn’t say THE ASSETS is the perfect example of how broadcast has become a paler imitation of great cable dramas because I don’t think that statement is completely true, but in this case, ABC is doing itself no favors.

THE ASSETS airs Thursdays at 10 p.m. ET on ABC.