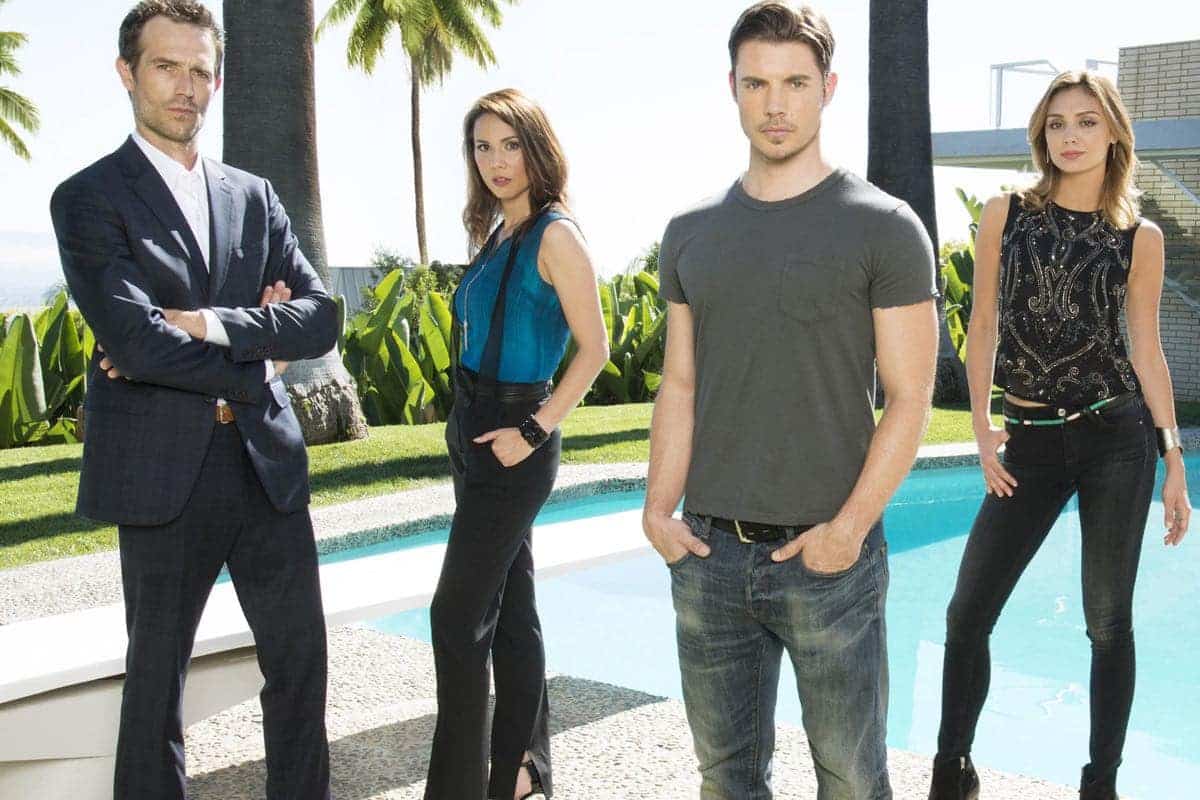 E!’s new drama series THE ARRANGEMENT is a modern fairytale, but with a twist. Harkening back to the era of classic Hollywood, there was a time when arranged marriages where a necessity.  It was done to both protect celebrities and to add a bit of glamour to the actors and their work. For the perfect pairing could guarantee a big box office release of a film and it also made the Hollywood world feel a bit more magical — particularly as the arranged marriages were usually not publicly known.

Launching off that premise, THE ARRANGEMENT takes a peek into the inner workings of a famous Hollywood actor and the people who keep his life, image, and brand on track.  THE ARRANGEMENT introduces Kyle West (Josh Henderson) as the most famous actor in the world and shows what happens when he falls for a young, upcoming actress Megan Morrison (Christine Evangelista). Being cautious and paranoid about protecting his brand and image in the public eye, Kyle makes Megan the offer of a lifetime: $10 million to marry him.  Initially, it sounds too good to be true, but as Megan falls under Kyle’s spell, an intriguing dance of seduction plays out.  Megan just has to accept that marrying Kyle means she has to answer to and abide by the rules of the Institute of Higher Mind, run by married couple Deann Anderson (Lexa Doig) and Terence Anderson (Michael Vartan), who are both Kyle’s mentor and business partner. In essence, they control every aspect of Kyle’s life — professional and personal.

As Megan has been struggling for her first big break in the acting world and coming off a nasty break-up of her own, it is a dream come true.  It is everything she has every wanted and dreamed of.  At least that is what she tells herself as her agent enthusiastically cheers her on from the sidelines.  It is a guaranteed win-win. What is there not to love about it?

But even after Megan signs on the dotted line, there are a few pesky doubts that plague her.  After all, why did Kyle West’s fiancé bail on him right when they were supposed to get married?  And just who are the Andersons and why do they have such power and control over Kyle’s life?  And who is Kyle West really behind the mask?

THE ARRANGEMENT sets up a wicked and dark tale of mystery, sex, betrayal, and dare we hope — a bit of decadent love thrown in the midst.

With Josh Henderson’s swoon-worthy looks, Kyle West is definitely a leading man to sweep a girl off her feet. It is easy to see how Megan gets swept up into his world so easily.  Yet with each piece of the puzzle not quite revealed, there are warning signs that things are definitely not what they seem with Kyle and the Institute of the Higher Mind.

To find out just how dark and twisted things may get behind the curtain of Kyle’s seemingly glamorous life, be sure to tune in for the premiere of THE ARRANGEMENT on Sunday, March 5th at 9:00 p.m. on E!.

More information about the show can also be found in our interview with the cast from the set, in this article: