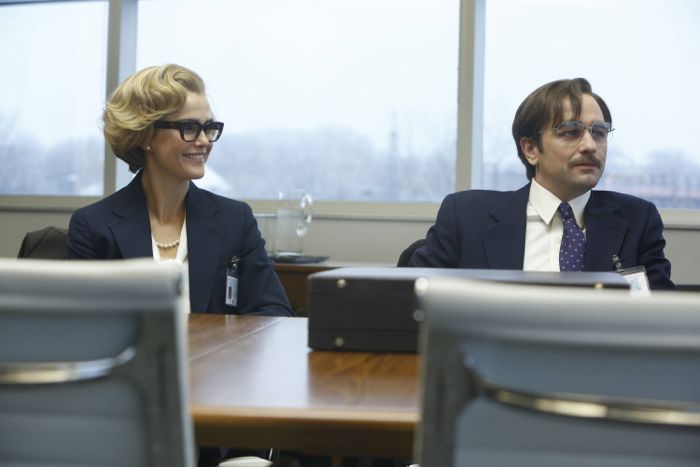 FX has picked up its hit drama The Americans for a 13-episode third season, it was announced today by Nick Grad and Eric Schrier, Presidents of Original Programming for FX Networks and FX Productions.  One of television’s most critically-acclaimed series, The Americans has fast become a signature show for FX.  Six episodes remain in the current season, including tonight’s broadcast.  The series airs Wednesdays at 10:00 PM E/P.

In its first season, The Americans was the most critically-acclaimed new program of 2013, winning the Television Critics Association Award for Outstanding New Program. The critical acclaim for season 2 has surpassed that of its remarkable first season.

“The Americans continues be one of the best shows on television,” said Schrier.  “Executive Producers Joe Weisberg, Joel Fields and Graham Yost have done a wonderful job delivering two seasons, and the performances from Keri Russell, Matthew Rhys and Noah Emmerich are stellar.  Fans will be blown away by the rest of this season, and we can’t wait to see what they come up with next year.”

“We are so delighted and grateful to continue telling the stories of these characters,” said Fields. “John Landgraf, Eric Schrier, Nick Grad, and the entire team at FX have been remarkable supporters and creative partners for the show – and we are blessed to have Keri Russell, Matthew Rhys, Noah Emmerich, and an awesome ensemble who bring it all so brilliantly to life.”

“We’re also truly excited to continue our collaboration with our lead studio, FTVS, led by David Madden,” added Weisberg. “And we’re so grateful to our incredible production team led by Dan Sackheim and Mary Rae Thewlis, our producing partners Graham Yost, and Darryl Frank and Justin Falvey at Amblin TV.  Seriously, if the Soviet Union had this level of support from its allies, the Cold War might have turned out differently.”