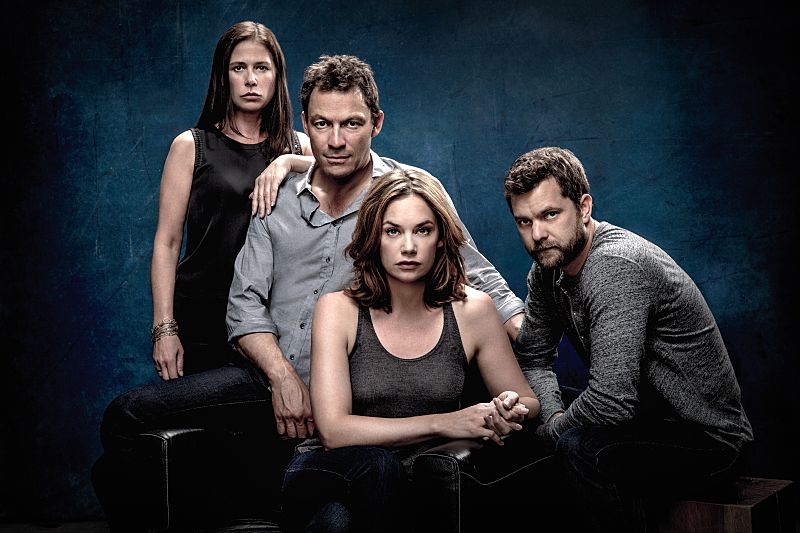 Showtime’s THE AFFAIR returns tonight for a second season. The timeline of the series isn’t exactly chronological, so it’s hard to say exactly how long has passed when the new year begins, but there has been a very obvious expansion of the story. The premiere not only gets us back into the lives of these people in what feels like a new chapter, but also does a wonderful job deepening the existing structure.

The biggest change you’ll see, and this has been widely publicized so I don’t believe it counts as a spoiler, is that each episode is no longer split between the perspectives of Noah (Dominic West) and Allison (Ruth Wilson). The premiere is a Noah / Helen (Maura Tierney) division, with only a brief glimpse into Allison, and Cole (Joshua Jackson) will also be getting his own turn soon.

Allowing Helen and Cole their turn makes a lot of sense and is very welcome to THE AFFAIR. Tierney is a wonderful actress, and it’s nice to see her get such an expanded role. In the first season, Cole and Helen are in the dark about what’s going on, so don’t necessarily have as rich an experience to contribute. Now, brought into the proceedings, it’s good to see what they remember, too.

If I have one complaint at all about episode 201, it’s that we don’t get to see what Allison and Cole are up to, and I very much want to know. But I’m sure that will be taken care of in week two, and it’s a testament to how good THE AFFAIR is that I’m eager to return for that.

In the premiere, we catch up with Noah and Helen shortly after their separation. She is raising the kids with the help of her mom, Margaret (Kathleen Chalfant), while he is ensconced in a lake house, finishing his book and spending time with Allison. They both have different priorities right now, but their impending divorce brings them back together.

Like in the first season, memories don’t always line up. Most notably, a meeting with a mediator (Jeremy Shamos, Birdman: Or The Unexpected Virtue of Ignorance) illustrates the schism. Where Noah and Helen are in their heads certainly influences the way they recall the event, and as we watch the same scene unfold two different ways, it gives a lot of insight into the mindsets of our leads.

I really like the way THE AFFAIR does this. Perhaps these characters differ a bit more than most people would in telling of their shared experiences, but it provides a way for viewers to analyze the pieces and allows greater understanding of the players. Every time the departures happen, there’s a reason for it. It’s more than just a gimmick THE AFAIR uses;, it’s an important part of the story and necessary to really get what’s going on, which likely isn’t exactly what either are remembering.

The plot arc of Noah facing jail time for Scott’s murder also continues, and provides even more cohesion between seasons one and two. This is something left very much unresolved at the close of season one, and presumably why the past is being brought back up. Detective Jeffries (Victor Williams) has the unenviable task of being the character who most holds the series together while mattering very little to the primary tale. I’m glad to see this continue, and now believe that these events will not be concluded until the series is.

THE AFFAIR’s second season premiere maintains not only the same type of installment that all of the first year does in terms of quality and originality, but finds a way to grow between the two main lines set forth in that initial year. With a locked in beginning and end, filling out the middle in an interesting way is hard to do, and the writers for this program manage to do so consistently. I applaud their skill and very much enjoy their work.

THE AFFAIR airs Sundays at 10 p.m. ET on Showtime.