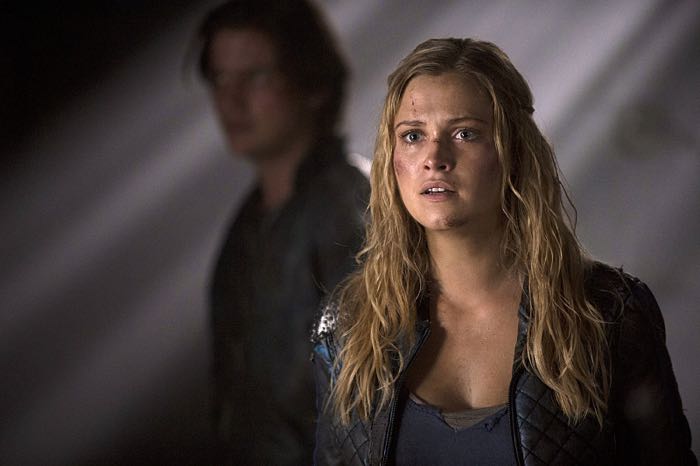 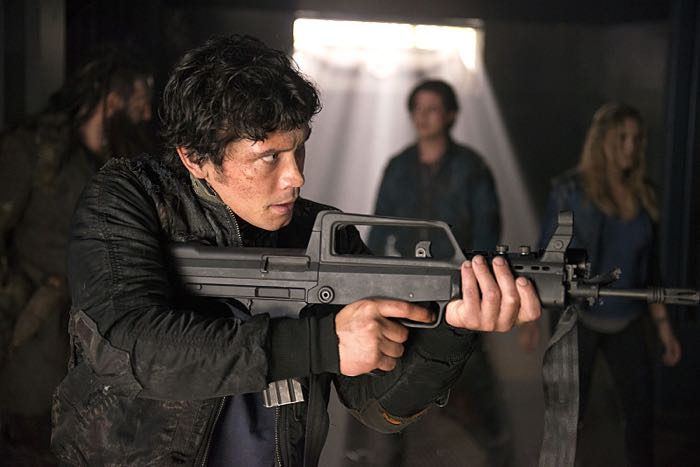 THE 100 Season 2 Episode 7 Photos Long Into an Abyss : THE THIRD WAY — Abby (Paige Turco) is determined to find a way to protect her people from a coming attack by the Grounders, even if it means heading into unknown territory and leaving some captives behind. A worried Bellamy (Bob Morley) convinces Clarke (Eliza Taylor) to go with him to the drop ship, where he and Octavia (Marie Avgeropoulos) reveal a dangerous secret. Clarke comes up with a bold new plan to stop the Grounders’ attack, leading Abby to a desperate decision. Meanwhile, at Mount Weather, Jasper (Devon Bostick) and Monty (Christopher Larkin) begin to question the motives of their new friends, while Dr. Tsing (guest star Rekha Sharma) conducts a deadly experiment to determine how to make use of the captives. Thomas McDonnell, Ricky Whittle and Isaiah Washington also star. Antonio Negret directed the episode written by James Thorpe (#207). Original air date 12/10/2014.