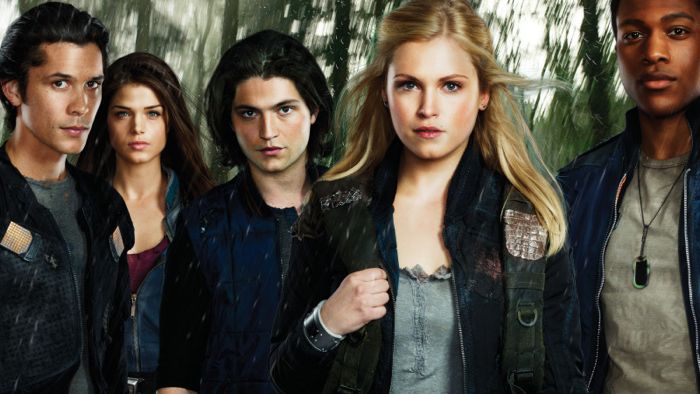 THE 100 is the best show currently airing on the CW. I say this confidently having only seen a single episode, and without the first installment having been publicly aired yet. It still hits a few of the basic groaner elements that the teen-focused network always hits, but overall, it’s much more intelligently written and complexly laid out than anything else on that channel. It took a considerable amount of will power to sit down and write this review now, instead of marathoning episodes two through six first.

The premise itself is really cool. Earth was decimated in a nuclear war nearly a century ago, and 4,000 survivors from a dozen international space stations are all that remains of the human race, living in a massive structure in orbit known as the Ark. With resources running scarce, and reluctant to reveal this to the general populace, the leaders of the Ark decide to send one hundred juvenile delinquents down to the ground to see if the globe is livable again.

These kids are picked because they are expendable, criminals locked up for various offenses. The criminal justice system on the Ark has been wheedled down to just two penalties: an internment for minors and death for adults, no matter what the infraction. Hence why none of the away team is over the age of eighteen, though all are nearly that old, meaning a very high percentage of the youth get into trouble and face punishment in this society.

It’s a bleak portrait, one of a crumbling race. I love a good dystopian tale as much as the next person, and there are some nice bits of Battlestar Galactica, a terrific series taking place after mankind is almost extinct, mixed in, including actor Alessandro Juliani. With the stress level so high, it’s no wonder the teens act out, and so this all makes perfect sense in the framing of the enticing tale. 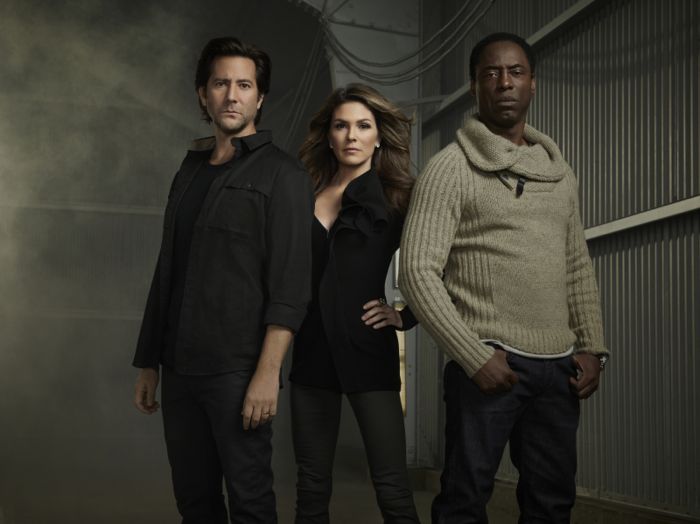 Even better, the politics of the commanders are explored. Current Chancellor Jaha (Isaiah Washington, Grey’s Anatomy) is hopeful the mission to Earth will save his people, and he’s supported by his doctor, Abigail Griffin (Paige Turco, Person of Interest). But Jaha’s second-in-command, Kane (Henry Ian Cusick, Lost), is much more pessimistic, and plans to start weeding the survivors, writing off the kids entirely.

I wish more of THE 100 centered around the adults. This arc easily makes up the best scenes of the pilot, and all three performers mentioned in the above paragraph are very good. While out of contact with those on the surface, they have to make tough decisions with little information, and the drama gets quite intense in the initial hour. I do wonder how the power struggle, which includes main characters on opposite sides so you know it’ll be drawn out, will shake down.

The only weakness readily discernable in this part of the show is the unequal way in which the law is applied. That would never stand in such a fragile balance, as the civilization teeters on the brink of anarchy. It’s necessary for the story, as presented, to break these rules, but one wishes the writers had come up with something a little more brilliant.

The stuff on Earth is a little weaker, mainly because it plays into the CW’s formula of having children act like grownups, and some of the personalities border on unrealistic. Clarke Griffin (Eliza Taylor, Neighbours), Abigail’s daughter, is our plucky hero, determined to succeed, noble and compassionate by nature. She is joined by the chancellor’s son, Wells (Eli Goree, Emily Owens M.D.), who got himself sent down on purpose to protect Clarke, feeling guilty for his part in what went down with Clarke’s recently executed father. There’s also wild, reckless Finn (Thomas McDonell, Suburgatory), but he quickly fills the role of nice guy putting on a front, making the girls swoon, and not causing any real mischief.

While these three teens are good, others are less certain. Octavia (Marie Avgeropoulos, Cult) is tasting freedom for the first time, having been imprisoned all her life just for being illegally born, though she has a better disposition than her brother, Bellamy (Bob Morley, Home and Away). As justifiable as the chip on his shoulder is, Bellamy shouldn’t throw in with creepy John (Richard Harmon, Continuum) as he does, as that spells nothing but trouble for them all. John and Bellamy don’t exactly enact The Hunger Games, but they do establish a (less violent) rule of those on the planet, and that will serve up the tension needed in the story.

I do think some of the stuff the kids encounter is pretty cool, including some unexpected changes on Earth, and a journey fraught with hidden dangers. As much as the adult section is superior, the younger generation shows promise, and as the talent hones their acting chops, they could hold their own on the show in a year or two. Yes, I know the youngsters are the ones referred to in the title, but in the premiere, at least, the mature players hold just as important a role.

For now, the worst parts I can see of THE 100 are still as strong as the better elements of most of the CW’s fare, and the scenes that are amazing raise it up. I’m not saying it would dominate on another network, though it could get by on any of the broadcast ones or even SyFy, but for the CW, it’s at the top of the pack.