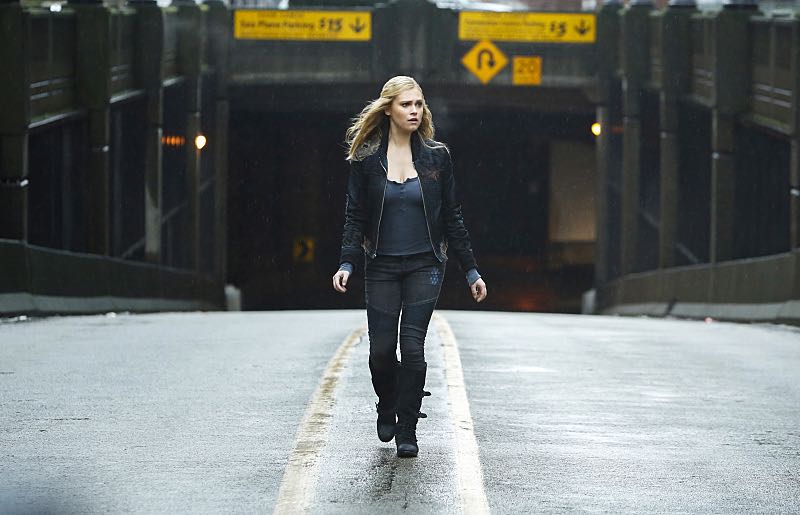 It has felt like eternity, but it is well worth the wait as the CW drama series THE 100 returns for Season 4 on February 1, 2017. In a special new promo released by the CW today, get your first glimpse of the death, destruction and mayhem that awaits all our favorite Skaikru, Grounders and Ice Nation folks as they get ready for the imminent nuclear apocalypse:

As A.L.I.E. (Erica Cera) foretold, “the end is coming” as the nuclear meltdown will render 96% of the Earth’s surface uninhabitable. There will be the black rain, then the cancerous lesions, and finally death. But Clarke (Eliza Taylor) bravely responded to A.L.I.E.’s dire prediction, “you don’t ease pain, you overcome it” as she threw the lever and rolled the dice on humanity’s ability to survive another nuclear holocaust. Yet even as Clarke yells “RUN,” one has to wonder: is there any place to hide from the nuclear fallout?

No matter how threatening or dire the situation may be, Clarke still believes: “If we stick together, we won’t just survive — we will thrive.” And Bellamy (Bob Morley) stands firmly with her as he reminds them, “We save who we can save today.” Though leave it to Murphy (Richard Harmon) to be the one who wryly reminds Clarke, “Maybe you forgot — the last time you were saving us, I was saving you.”

But can they all be saved? And does everyone want to be saved? Roan (Zach McGowan) ominously tells Indra (Adina Porter) that Octavia (Marie Avgeropoulos) is now know as the Sky Ripper “Death From Above.” Surely, Octavia has some strong feelings and even stronger actions to say about who gets to live and who gets to die — starting with Pike (Michael Beach) who she quickly and remorseless dispatched at the end of Season 3.

Even Kane (Henry Ian Cusick) seems to think some lives are worth more than others as he grimly threatened, “I will shoot the next person who touches this man.”

Yet as we saw, even in their final hours/days on Earth, those that can reach out for comfort and love when and where they can. Things look hot and heavy between Kane and Abby (Paige Turco), Murphy and Emori (Luisa D’Oliveira) cling to one another no matter what separates them, and even Bellamy and Clarke share a tender moment of comfort in the midst of the never-ending turmoil. Even Jasper (Devon Bostick) seems determined to embrace life fully again as he declared: “I don’t want to just survive, I want to live.”

The best words to cling to are shared by Clarke who asks Bellamy: “We still have hope?” And he smiles and replies: “We still breathing?”

Season 4’s apt theme is: “From the ashes we will rise.” So watch them rise from the scorched and war-torn Earth and thrive starting on Wednesday, February 1st at 9:00 p.m. on the CW. Rise with them and cheer!