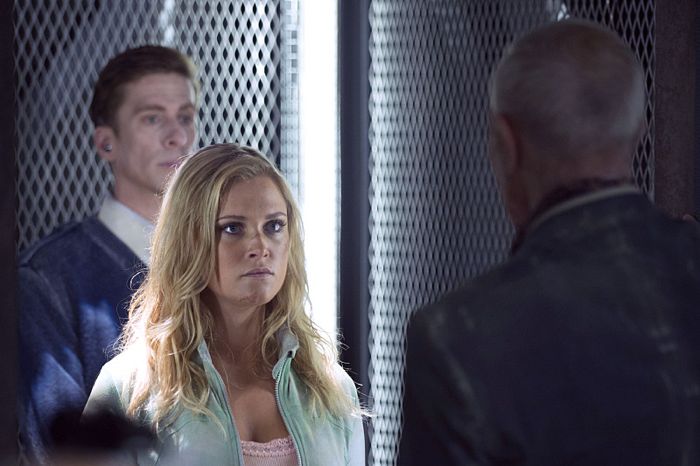 The CW series THE 100 is an apocalyptic tale of survival about the last survivors of the human race, who fled into space ‘til radiation levels dissipated enough to allow them to return home.  Oddly enough, the Ark survivors chose to send back a hundred teenagers (each condemned to die), which has led to all sorts of unexpected confrontations with the existing inhabitants that believe the planet to be theirs and not available for claim by the humans from space.  This choice created a unique situation as the teens to be forced to take on adult responsibilities they were never trained for.  It also provides fertile ground to create some interesting dialogue amongst the characters.

So as a fun tease, we have collected some quotes from the Season 2 premiere episode, entitled “The 48.”  Let’s see if you can guess which characters say these quotes:

QUOTE:  “The Grounders took them and you know that.”

QUOTE:  “We are here now.  Everything is going to be okay.”

QUOTE:  “You are bumming me out.  I’m getting more cake.”

QUOTE:  “You are not animals. There are rules.”

To find out who says these quotes, be sure to tune in for the Season 2 premiere of THE 100 on Wednesday, October 22nd at 9:00 p.m. on the CW. For those who want to submit their guesses, sound off in the comments below.