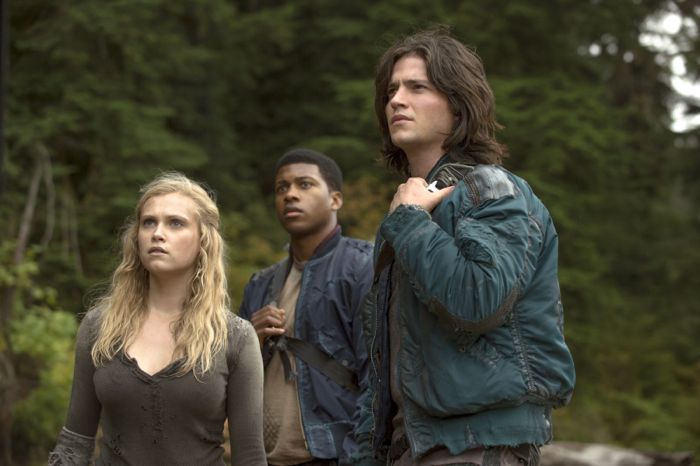 THE 100 Episode 1.04 Promo Murphy’s Law : CRIME AND PUNISHMENT — After the shocking death of one of their own, Clarke (Eliza Taylor) and Finn (Thomas McDonnell) grow closer as they try to figure out a way to communicate with the Ark.   Bellamy (Bob Morley) must keep the group from turning on one another as life on Earth takes a desperate turn.  Meanwhile, Abby (Paige Turco) risks having herself floated in order to give Raven (Lindsay Morgan) the chance to stow-away in the escape pod bound for Earth.  Isaiah Washington, Henry Ian Cusick, Marie Avgeropoulos, Devon Bostick and Chris Larkin also star.  PJ Pesce directed the episode written by T.J. Brady & Rasheed Newson (#104).