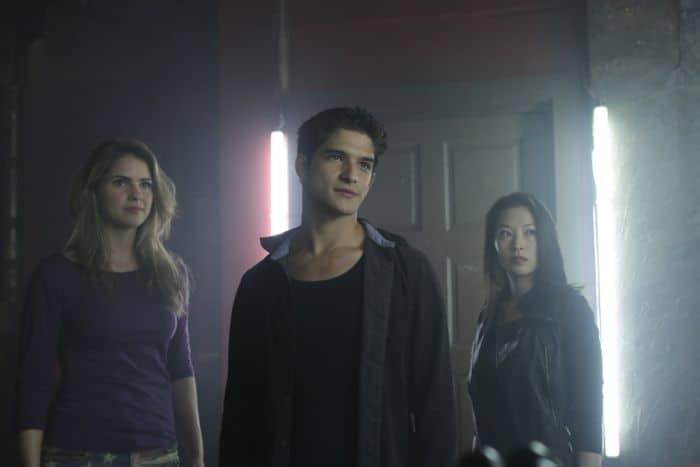 MTV announced today to a packed room of screaming fans at San Diego Comic-Con that the hit drama series “Teen Wolf” has been greenlit for a two-part, 20-episode fifth season.  Additionally, the room was given a first-look at the mid-season trailer which is currently available to view on iPhone/iPad or Android via the MTV App.

For the first time ever, fans can stop by MTV’s “Teen Wolf” booth on the convention center floor. The booth (#3729) will be open to fans all weekend long and will be highlighted by signings and special appearances by cast members and crew.  The booth will also feature four full days of activations where fans can insert themselves into a custom character poster and create their own “Teen Wolf”-inspired monster. Additionally, MTV commissioned artist Swann Smith to illustrate a limited edition bestiary that serves as a full guide to the creatures of Beacon Hills.  The bestiary will be distributed for free throughout the weekend and Swann will be on hand signing copies at the booth.

In the next episode of “Teen Wolf,” airing on Monday, July 28 at 10:00 p.m. ET/PT, a dangerous enemy forces Scott to help him while Derek and Malia track down an old ally.