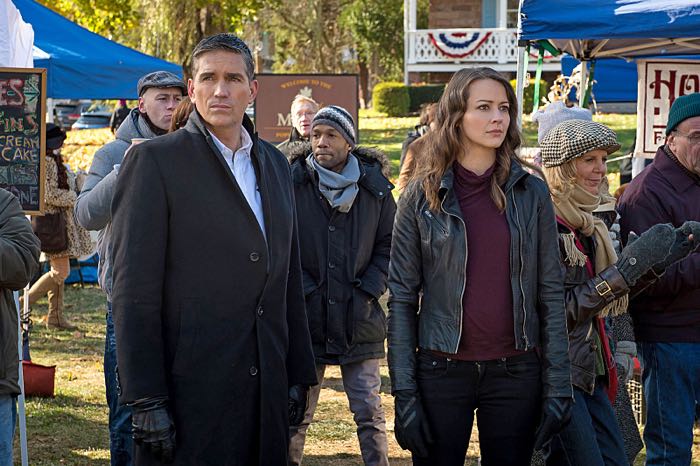 This Winter’s TCA tour included presentations from the CBS and SHOWTIME, who presented on the eighth day of the tour.  Here are some of the featured television shows and specials that caught our attention:

This year’s CBS executive session was hosted by new CBS president Glenn Geller, taking over from prior CBS president Nina Tassler who presented for the prior 11 years at TCA.  Boasting the fact that not only does CBS air the top two scripted television shows, both regularly pulling in over 20 million live-viewers each week (NCIS and THE BIG BANG THEORY), CBS also airs 6 out of the Top 10 scripted show on television.  It further boast that out of the 400+ scripted television shows, CBS has fifty of the top shows in the ratings.

To clarify regarding the new online/streaming series that reboots STAR TREK, CBS president Geller said that the new STAR TREK  was always designed for the CBS streaming service, and there has been no decision yet on using any of the classic STAR TREK characters.

Geller confirmed that this is the final season of MIKE & MOLLY.  Its final episode is a series finale.

Geller confirmed that THE GOOD WIFE’S current executive producers The Kings are leaving the show after the end of this current season.  As of yet, CBS has not decided if this is the final season of the show.  (Observation:  It gives me chills to think of a TV world where both THE GOOD WIFE and PERSON OF INTEREST could be ending this season.)

There were no announcements on early renewals for any of CBS’ new shows, like LIMITLESS and SUPERGIRL, but if CBS returns to its usual pattern, look for renewals to be announced in April/May.   As a good sign for SUPERGIRL, Geller said that CBS excited about SUPERGIRL and loves that ratings have bounced up and teased that a new guest casting should be announced soon. (It was announced yesterday that Laura Vandervoort would be guest-starring on SUPERGIRL as Vixen.  Laura previously portrayed Supergirl in the CW series SMALLVILLE.)

CBS also announced that it was green lit a Nancy Drew series, and that they were striving for more diversity in casting and that casting the role will be for non-Caucasion young woman.

RUSH HOUR is loosely based on the film of the same name.  It stars Jon Foo and Justin Hines in the iconic roles portrayed by Eddie Murphy and Jackie Chan.  (Observation:  Coming from comedy dream-team of Steve Franks, who created PSYCH, and Bill Lawrence, who created SPIN CITY, SCRUBS, COUGAR TOWN, the CBS dramedy RUSH HOUR should break out and deliver an octane-fueled drama with a good dose of comedy.)  RUSH HOUR premieres March 31st at 10pm.

Per Showtime president David Nevins, “cord-cobblers” is the new term of 2016.  Apparently, no longer “cord-cutters,” consumers are “cobbling” together content they want to watch.  There is more of a trend where people tend have various streaming subscriptions opposed to just one cable subscription.  (Observation:  “Content cobblers” seems more accurate than “cord cobblers” as consumers are subscribing to Netflix, Hulu, Amazon in order to get access to content they want to watch — and consumers are still cutting the cord on cable.)

Taking page out of Netflix’s playbook, Showtime will now be staggering premiere and/or return dates of its shows to approximately one show a month.  (Observation: However, what HBO/Showtime seem to not yet realize, Netflix moved one from premiere/release of original shows from once a month to weekly.)

HOMELAND next season will take place in New York City and, unfortunately, Showtime president David Nevins did not even know if Quinn (Rupert Graves) is coming back next season and said that particular mystery is in the hands of the show’s writers and producers. Gary Levine, Showtime President of Programming, chimed in to add that if Quinn is still alive and to return next season, he would not be the same as the man viewers last saw. Also, for HOMELAND, there is currently no end in sight as Showtime is happy to have the series continue for years to come.

Coming from creators and producers Cameron Crowe (JERRY MAGUIRE) and J.J. Abrams, the new Showtime drama ROADIES focuses on the behind-the-scene stories of road crews who work with musicians on tour.  Starring Luke Wilson, Carla Gugino, Imogen Poots. Peter Cambor, and Colson Baker, ROADIES delves into the psyche, adventures and ambitions of those who accompany musicians and work on their tours and shows.  It is a fictional world where the characters act as a quasi-family.  So it is not a documentary series.  J.J. Abrams calls ROADIES a family show as the character are bound by their mutual love and obsession for the music. ROADIES will premiere in Summer 2016 on Showtime.

THE CIRCUS: INSIDE THE GREATEST POLITICAL SHOW ON EARTH

THE CIRCUS: INSIDE THE GREATEST POLITICAL SHOW ON EARTH is a real-time documentary series about the current political campaigns for the U.S. presidency.  Executive producers Mark Halperin, John Heilemann, and Mark McKinnon noted that current presidential candidate Donald Trump for using very little paid media and for exploiting more traditional free medial for promotion, which shows that the impact of paid-media is considerably diminished.  Thus, more alternative methods are being employed, like social media and late night media appearances.  They said noted that, outside of President Obama, Donald Trump innately understands how to exploit modern media — and that President Obama has been cutting-edge in employing alternative media, such as podcasts, the appearance on “Two Ferns” to get his message spread to the public.  As the show’s tagline says: “Epic stakes.  Unimaginable odds.”  They credit the seemly newfound interest in the U.S. presidential campaign with voters concerns about the uncertain future ahead for our nation.  (Observation:  Given current fascination with all things related to media coverage of U.S. presidential campaign, Showtime’s THE CIRCUS is timely.  With network ratings going through the roof during each U.S. presidential debate, can see viewers flocking to Showtime’s THE CIRCUS.)  THE CIRCUS premieres January 17th on Showtime.

That’s a wrap on the network and studio presentations from Day 8 of the Winter 2016 Television Critics Association Tour.  As a reminder: be sure to mark your calendars for the upcoming new series and specials as you do not want to miss out on the next great TV show that everyone will be talking about!