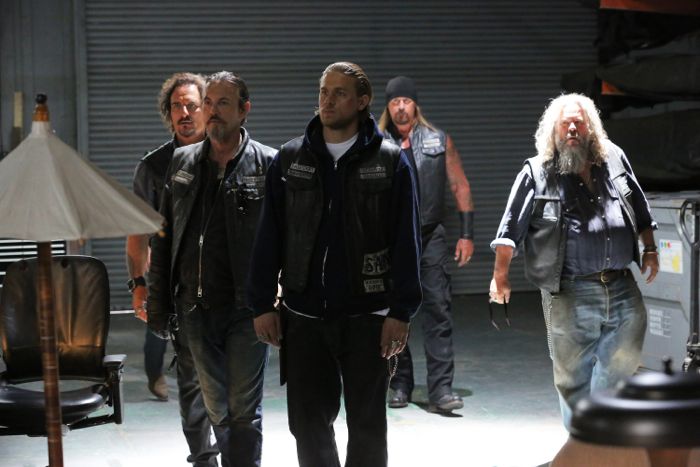 TBS’s late-night show CONAN will welcome the cast of the FX series Sons of Anarchy on Tuesday, Nov. 11, for their first ever talk show appearance as a group. Series creator Kurt Sutter, along with stars Charlie Hunnam, Tommy Flanagan, Jimmy Smits, Drea de Matteo, Mark Boone Junior and more to be announced, will all join host Conan O’Brien from Stage 15 at Warner Bros.

This will mark the fifth time CONAN has featured the entire cast from a hit show, making it the late night destination for such events.  CONAN has previously featured the casts of Orange Is The New Black, The Walking Dead, It’s Always Sunny In Philadelphia and Breaking Bad.

CONAN airs Monday-Thursday at 11 p.m. (ET/PT) on TBS. The series, which earned an Emmy for its innovative mobile app, is produced by Conaco LLC, with Jeff Ross serving as executive producer.