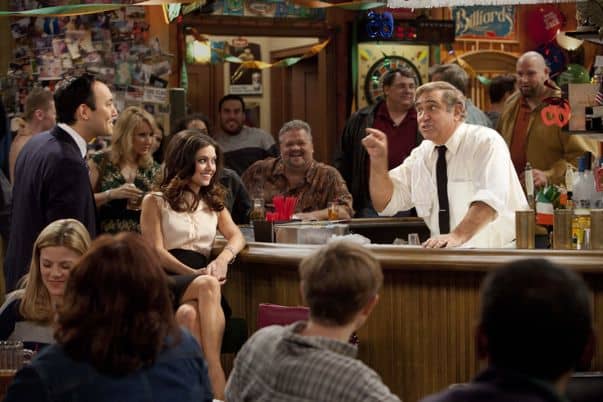 “Sullivan & Son and Men At Work have really caught on with TBS’s core viewers, and Deal With It has burst out of the gate as one of the summer’s most popular new cable series,” said Michael Wright, president, head of programming for TBS, TNT and Turner Classic Movies (TCM). “We are very excited to be expanding our relationship with the producers, cast members and production teams on these three series.”

TBS has ordered 13 episodes of Sullivan & Son, which airs Thursdays at 10 p.m. (ET/PT) and is set to wrap up its second season Aug. 22. Sullivan & Son is executive-produced by Vince Vaughn (Wedding Crashers), Peter Billingsley (Iron Man) and showrunner Rob Long (Cheers). The series is averaging 2.4 million viewers in Live + 7 delivery this summer, including 1.3 million adults 18-49. Sullivan & Son is produced for TBS by Wild West Picture Show Productions, in association with Warner Horizon Television. Season three of Sullivan & Son is slated to launch in summer 2014.

TBS has also ordered 10 episodes for the third season of its popular workplace sitcom Men at Work. This past spring, the second season of the series averaged 1.9 million viewers and 1.2 million adults 18-49. Men at Work comes to TBS from Sony Pictures Television and Fanfare. The multi-camera comedy is executive-produced by Breckin Meyer (Road Trip, Franklin & Bash), along with Fanfare’s Jamie Tarses (Happy Endings, TNT’s Franklin & Bash, TBS’s My Boys) and Julia Franz (Scrubs). The third season of Men at Work is slated to launch in early 2014.

TBS has renewed Deal With It with a 10-episode order for season two. Hosted by Theo Von (Primetime in No Time, Last Comic Standing, Road Rules), season one of the series has averaged 2.3 million viewers in Live + 7 delivery, including 1.2 million adults 18-49. Deal With It is produced for TBS by Howie Mandel’s Alevy Productions, Roy Bank’s Banca Studio and Keshet Broadcasting, in association with Lionsgate Television. Howie Mandel (Deal or No Deal, Mobbed), Mike Marks (Mobbed), Roy Bank (It’s Worth What?, Are You Smarter Than a 5th Grader?) and Mike Harney (Howie Do It, H8R) serve as executive producers, along with Keshet Broadcasting’s Avi Nir, Igal Shilon, Ami Glam, Ran Tellem, Guy Wasserman and Itay Barkan. Deal With It is based on a successful format created by Keshet Broadcasting and United Studios. The second season is slated to launch in 2014.