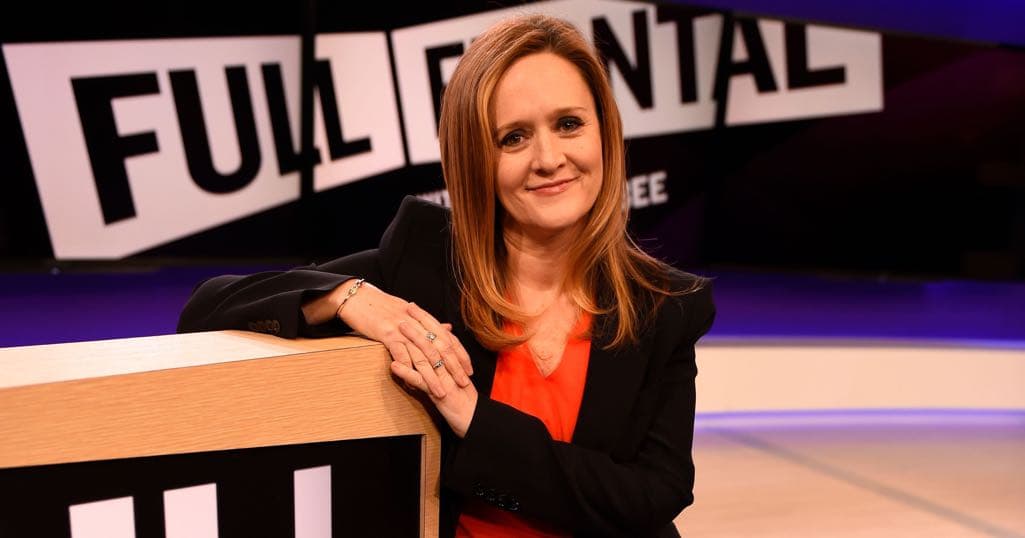 BS’s Emmy®-nominated, award-winning late-night show Full Frontal with Samantha Bee has been renewed for a second season starting in 2017. Hailed by The New Yorker as “America’s new Comedian-in-Chief,” Samantha Bee will continue her weekly series for another year following her bare-knuckled coverage of the 2016 Presidential election. The show, which is executive-produced by Bee, Jason Jones, Jo Miller, Miles Kahn and Tony Hernandez, currently airs Mondays at 10:30 p.m. (ET/PT). In 2017, it will move to a new timeslot, Wednesdays at 10:30 p.m. (ET/PT), starting Jan. 11.

“I am only sorry that this renewal leaves me unavailable for a cabinet position in the new administration,” Bee said. “I will, however, be available to host the White House Correspondents Dinner, seeing as I already bought the dress.”

Full Frontal with Samantha Bee took late night by storm when it premiered in February, scoring strong ratings and tremendous praise from critics. The show currently reaches an average of 3.3 million viewers per episode across multiple platforms and ranks as one of television’s Top 3 late-night series with adults 18-49 for the quarter-to-date. Full Frontal With Samantha Bee is also the fastest growing show in late night, with this quarter’s delivery of adults 18-49 outpacing Q3 by +37%.

Throughout its first season, Full Frontal with Samantha Bee has covered the Presidential election extensively, including a sit-down interview with the current President and several female leaders from around the world. It has also shined a light on specific issues, such as untested rape kits in Georgia, abortion laws in Texas and local state legislators across the country as well as national tragedies such as the mass shooting in Orlando. Bee also traveled around the globe to cover stories from an international perspective, with segments from Jordan, Germany and, most recently, Russia.

“Of course we’re picking up the show,” said Thom Hinkle, senior vice president of original programming for TBS. “In less than a year, Sam has become one of the most talked-about personalities in all of television and Full Frontal’s audience continues to grow. We’re so lucky to have Sam and her Emmy-nominated team, led by the brilliant Jo Miller, as part of the TBS family. Xoxoxoxo.”