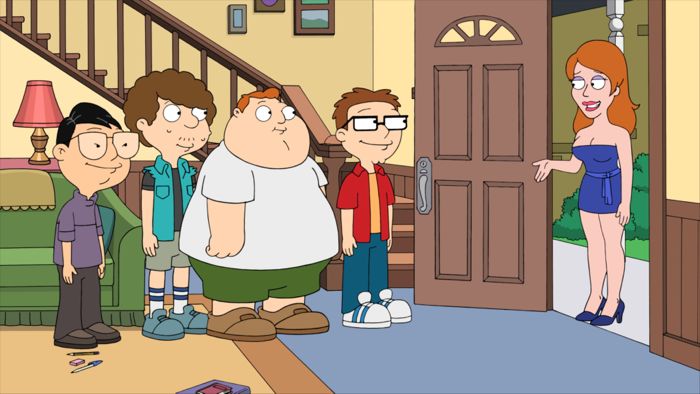 TBS is doubling down on American Dad!, ordering two more seasons of the top-rated animated hit from Twentieth Century Fox Television, ensuring that the Stan Smith clan will have a home on the network through 2018. An important programming initiative for the Turner portfolio, American Dad! also has a second home on TBS’s sister network, Adult Swim, which presents an encore of each new episode after its TBS premiere. Today’s announcement adds 44 episodes to the series – 22 each for seasons 12 & 13. It marks the second time in less than year that TBS has renewed the series. In November, the network announced a 22-episode order for season 11, which is set to air on TBS and Adult Swim in early 2016.

Created by Seth MacFarlane, Mike Barker and Matt Weitzman, American Dad! joined the TBS slate in October 2014 with the start of the show’s 10th season. Since then, it has ranked as basic cable’s #1 scripted series in the Monday 9 p.m. timeslot with adults 18-34 and #2 in the timeslot with adults 18-49. Overall, American Dad!reaches an average of nearly 4 million viewers per episode through its telecasts on TBS and Adult Swim, as well as through TBS’s on-demand, digital and mobile platforms.

“American Dad! has thrived since coming to TBS and Adult Swim, demonstrating the Turner portfolio’s ability to build enduring hits through a combination of smart programming, savvy promotion and extensive multiplatform distribution,” said Deborah Bradley, executive vice president of networks optimization and content commercialization for Turner Broadcasting. “We look forward to keeping the crazy-but-lovable Smith family around for a long time.”

TBS’s double renewal of American Dad! is part of an overall strategy to update the network’s brand and expand its lineup of original programming. Kevin Reilly, president of TBS and TNT and chief creative officer for Turner Entertainment, announced the brand overhaul during the TBS portion of Turner’s Upfront presentation in May. Initial plans call for TBS to grow its original programming slate to more than 15 series over the next two years, with a focus on original live-action and animated comedies that are, in Reilly’s words, “awesomely in-your-face.” The rebrand is set to begin in the fourth quarter, in conjunction with the season 12 premiere of American Dad! and the launches of the brand new TBS comedies Angie Tribeca and The Detour.