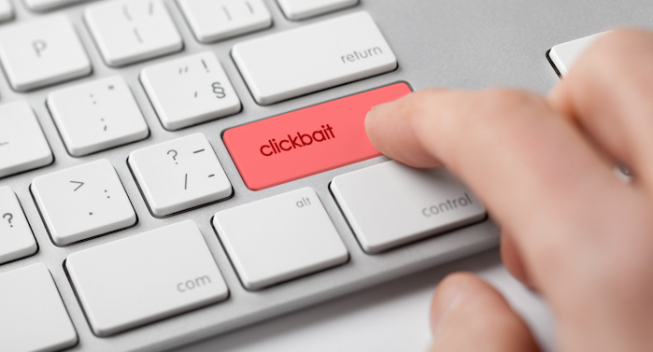 Venturing onto the internet, visiting websites and using social media has proven to be tricky to navigate these days and, for many, it is downright harrowing and traumatizing. The internet used to be a fun place to play and share opinions, learn new things, and make connections. Today, in 2020, the internet is a place to visit only if you have to, or if you are willing to dodge a whole array of digital “landmines,” “trolls”, and inflammatory and upsetting images and information.

Yet, for some of us, we tenaciously log-on and wade into the murky, treacherous waters of the internet, hoping to find the elusive groups of people that are cool, fun and entertaining. That is, after all, what we want from the internet: a place that is fun to visit and to escape from our everyday lives for a few minutes (or hours) each day. For some, getting online is a delightful pastime and place to meet up. For others, it is a place to wreak havoc and torment on others. And for an even smaller group, it is our job to be on the internet and promote our work, do research, or engage with an audience to build a brand or prove our value to a website or employer.

For entertainment critics, the internet is a blessing and a curse. It is an easy, cost-effective way to reach our intended audience, as well as interact quickly, and keep a timely-conversation going. Unlike “trolls” or those who post click-bait articles, entertainment critics usually get paid by salary or by article, and thus, are not dependent on clicks. It frees critics up from the abusive-cycle of writing churned-content and/or promoting click-bait articles.

First and foremost, as an online entertainment critic, I have a duty and responsibility to offer fair assessment of films, television series, music, or other performances and art. It is not a duty to be taken lightly as words can be taken out of context or, if offered thoughtlessly and without proper contemplation, irrevocably damage the reputation or viability of a specific person/group, show, film, series, or art piece. Thus, it is essential to understand that words on the internet, online, on radio, on broadcast television, or in print-media can have a long-ranging and long-lasting impact. WORDS MATTER. A critic knows this. It is why a critic is hired or given a job in the first place: a site, publisher, or hosting platform wants that critic’s words to matter, and to educate or inform their specific audience.

A critic’s own reputation and viability in their job depends on the words that a critic uses. A critic must be aware that use of profanity or obscene words, or language that offends as a whole, or angers a group of people needs to be used with extreme caution or avoided completely. In fact, I have appeared on radio shows and had my words “bleeped” out, for what is acceptable in writing articles may not be acceptable for radio broadcast. (For the curious, the phrase was “bat-shit crazy,” which you cannot say on radio, but it is fine to write in an article online.)

Standards of decency and what is acceptable can depend on the site, platform or venue. We all know this. Accordingly, some words are simply not appropriate in some settings or to younger audiences.

So words have power. Words must be used carefully and in the correct context.

Yet, every day, throughout the entire internet — whether it is on social media platforms (Facebook, Twitter, Snapchat, Instagram) or specific sites that offer commentary, news or opinion articles — words are used in all kinds of inappropriate ways. In recent years, the rise of negativity and “trolling” has spawned a new era (seemingly without accountability) and the rise of irresponsibility on the internet. “Trolls” are users who post comments or articles to incite and inflame aka “fan the flames” of reactions from readers and other users of the internet. “Trolling” is activity engaging in inflammatory, negative comments and word-usage — and sometimes posting complete articles or web-pages — all to simply get attention and clicks and, usually, is associated with getting some form of recognition or monetary compensation through clicks, traffic, and paid-sponsorships. For example, “Click-bait” tends to be articles that are written with an inflammatory headline that incites an emotional reaction in the reader and prompts the reader to click-through to the article or site. Two perfect examples of this was brought up by one of my Twitter followers who shared the following two articles with me:

(NOTE: I am deliberately not including links to these article as it would promote click-through, which I do not want to encourage as both are clearly click-bait headlines.)

How do I know these are click-bait articles? For one, it invokes an immediate emotional reaction. It is intended to make you feel angry and upset. If the headline is merely informative, it would read: “Discussion of Reggae Character Portrayal.” Spot the difference? One incites an emotional reaction; the other merely describes what the article is about.

Likewise, the second article could have read: “Fans Threaten Health and Safety of Television Production,” so it no longer makes the reader upset or invokes an emotional-response. It is merely informative as to the issue or topic that is being written about in the actual article.

As readers, internet users and consumers, we have the responsibility to recognize when a headline is intended to inform versus incite an emotional-response. Knowing the difference is an essential “surfing the web” skill and needs to be exercised diligently every time you get on the internet. Personal responsibility and personal accountability starts with you. You can control what you do online, what sites that you visit, what headlines that you click on, and what articles you read and share. What stops click-bait the fastest is NOT CLICKING on the article to read and not sharing the article. It tells the writer and the hosting site, that click-bait is not profitable, and is a waste of time and space.

Similarly, some critics and sites promote articles as “criticism” that are merely meant to get site-traffic and clicks. The most egregious example of these types of so-called “critic’s reviews,” where the articles are overly harsh or promote extreme negative criticism of a piece of entertainment. Anyone familiar with the release of the last Star Wars: The Rise Of Skywalker film knows exactly what I am referring to — it was all those negative articles posted by so-called critics that fans read with outrage because fans loved the film and those articles panned a well-received film. This is both due to the “critic’s disconnect” and some times is done by non-critics writing articles that look like genuine critic articles. The website Rotten Tomatoes is infamous for showcasing both the “critic’s disconnect,” which differs widely from popular opinion, and promoting non-critics’ reviews in the midst of critic reviews, which dilutes the cumulative “Rotten Tomatoes” score of any given film.

Being an entertainment critic these days is thankless work. No one is happy with a critic’s opinion, unless it is an opinion that they fully agree with. Do you know how hard that is to achieve? It is rare. So, as an entertainment critic, I am accustomed to fans, readers, peers, and the whole digital world being displeased with my critical analysis or opinion on a film, television series, music or other entertainment that I write about. It is for the few that do take the time and enjoy my opinions and articles that I appreciate hearing from. But, those are indeed the few and it is necessary to tune-out and move on from the negative responses or “trolls” that respond. My job, fortunately, is not dependent on them. In fact, that is part of the job since there will always be someone who disagrees with me or tries to incite a “trolling” discussion for their own motives.

Unfortunately, the internet tends to cultivate a “troll” culture, where negative comments, remarks and reviews get response and traffic. So those who depend on internet traffic and click-bait money tend to push negativity and “troll”-type criticism just to advance their own interests. It is meant to get click-bait traffic and rile up people’s emotions to pile-on negative reactions — all for the sole purpose of the site and/or writer getting monetary compensation. It is exploitative of the original art. It is shameful and appalling that “troll”-criticism and click-bait articles are reaping a financial windfall at the expense of films, television shows, or other entertainment art. There would be no art in any museums today if internet/online criticism were allowed to negate value or determine worth.

That said, we should not seek out, promote, encourage or monetarily-support (through clicks/shares) anyone who engages or incites the “troll”-like comments and click-bait articles. It is on all of us to be better users and consumers of the internet. If we want to get rid of “trolls” and “click-bait,” it is on us to not do anything that makes it profitable or useful for the negative-seeking types lurking in every corner of the internet. The phrase “take back the net” is not something to be dismissed. We can take it back. Already social media platforms are offering more tools to report, block, mute and dis-engage “trolls” and the negativity that attacks and diminishes others and their work. It is a slow process, so that fastest route to “take back the net” is on each of us. Our own personal responsibility in what we do and say, who we engage with, and what we validate and give clicks and traffic to is something that is within our control. It costs nothing. It takes no time. It only takes you being responsible on the internet.

I try to be a responsible internet-user and avoid click-bait and “troll” articles and do my best to not foster/promote that kind of negativity in the spaces I occupy and visit on the internet. We all need to be more responsible internet-users and consumers. I refuse to accept that internet’s “new normal” is to make it solely a place for “trolls,” negativity, and allowing click-bait and inflammatory articles to reign. It is time for users and consumers to take back the ‘net and make it a useful place of communication and interaction. It is a thought-provoking topic and I appreciate my readers’ willingness to address these problems.

I truly hope that we can all work towards a better and more fun future on the internet and in appreciating film and television series. Art deserves an appreciative audience.