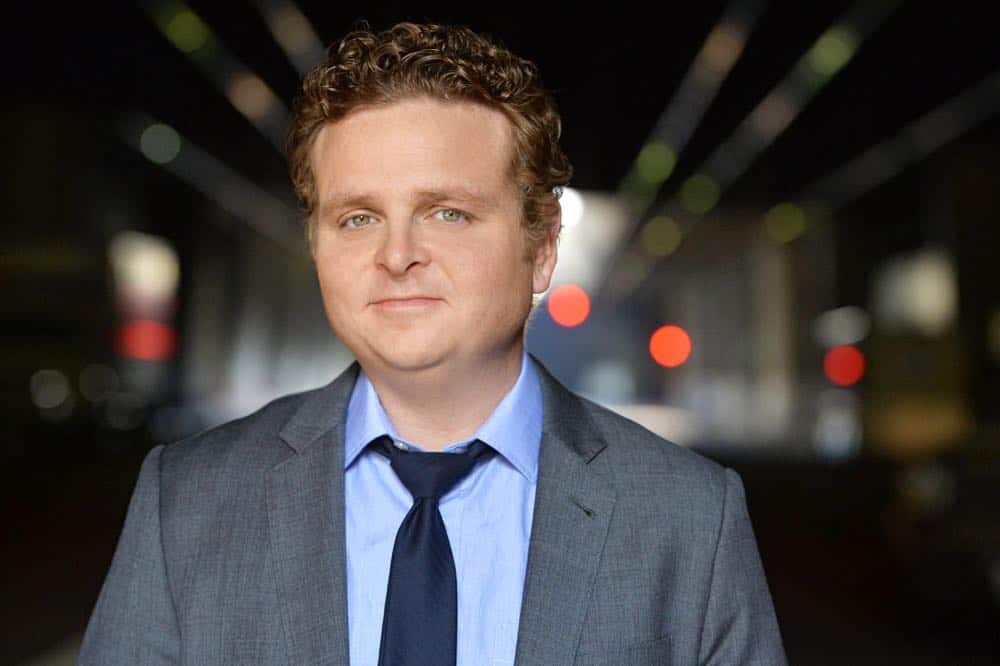 For every role in an actor’s career, it is unknown which will be the one that sticks and fans will remember fondly for years to come. For the young actors of “The Sandlot,” they were just looking to have some fun and ended up with a hit. Reflecting back on a film that helped launch his young career and immortalize him in Hollywood history, Patrick Renna talks about the impact the film had on his life then and now and he also previews his new role in the Netflix series GLOW.

With the 25th anniversary coming up for “The Sandlot”, what do you recall about working on that film?
PATRICK: I recall how much fun we had filming on and off the set. We were 13, filming a movie over the summer about baseball. Doesn’t get much better than that.

Which of your castmates do recall best from that experience and what memories can you share from working with him/her?
PATRICK: Well I stayed in touch with Chauncey (Squintz) the most over the years. We actually filmed two other movies together. We formed a good friendship. But filming with all the guys was great. Seeing them 25 years later was quite something; it was like we were never apart.

Was there any noteworthy behind-the-scenes moments that you can share as well?
PATRICK: Well if you ask Marty (Yeah-yeah) he won’t miss a chance to tell you about us sneaking into “Basic Instinct.” What I remember most though was just hanging out together like any group of friends would. As minors, we could only film 8 hours a day. So we had a lot of free time each day and on weekends. We did what any group of nine 13-year old kids would do!

Even all these years later, what stands out as your favorite scenes from working on “The Sandlot”?
PATRICK: Top four not necessarily in order:
1. The scene with me heckling each batter from the opposing team. This was almost all improv. The director was in the dugout with a bullhorn and was shouting insults for me to say. I would chuckle a bit and then repeat them. He just kept rolling. Keep in mind this was 1992 and we shot on actual film which wasn’t cheap. Must have been an expensive day!
2. The S’more scene with Tom Guiry (Scotty Smalls). We all had such a hard time keeping a straight face on this one. Tom was so good in this. Kept cracking everyone up.
3. Obviously the insult scene was great to film going back and forth with Will.
4. Lastly, I would say the Hammonball scene at the pool.

Have you had a chance to watch and revisit this film in recent years? If so, what was it like to watch it all these years later?
PATRICK: Funny enough, I have probably seen the movie only a handful of times. I showed a couple scenes to my one-year-old son and he seemed to enjoy it.

As an actor, what has been the one thing you remember taking away from the experience of working on “The Sandlot”?
PATRICK: I learned what a movie set is like. That was really my first big role in anything. So I learned how much goes into making a film. How many different hats there are and how many different people lend their expertise and creativity to making a movie. Everyone who worked on this movie was good at what they did. I remember that. The cast and crew were exceptional.

What is your proudest achievement working on “The Sandlot”?
PATRICK: I think just being able to say I was a part of something that has meant so much to so many people and families. As an actor, the true reward is knowing that the work you did meant something to the audience.

Why do you think the film still resonates with audiences today?
PATRICK: Because the real story of “The Sandlot” is about friendship and being part of a real team and inclusion. It is about achieving your goals and about beating the bullies. It has universal messages that resonate today.

It is my understanding that you are next appearing in the Netflix series “GLOW.” What was the initial appeal for you about portraying the character known as Cupcake and working on Netflix’s “GLOW”?
PATRICK: I am so happy to be part of GLOW! When I booked the part, I binge-watched the first season with my wife. We absolutely LOVED it. The appeal was being on a show with such talented actors and writers that has a very unique story-line! Cupcake was a fun role to play. He’s a super-fan of GLOW.

How would you describe who Cupcake is in the series?
PATRICK: You’ll just have to watch and find out! He has a fun story-line.

What do you most admire about him?
PATRICK: How much he loves the Gorgeous Ladies of Wrestling.

What is Cupcakes’s place in the overall world of “GLOW”? How does he fit into the story?
PATRICK: They’re pretty tight-lipped about giving away plot points, so I wouldn’t want to spoil what I hear is an even better season than the first!

What is it like working alongside the talented ensemble on “GLOW”?
PATRICK: They were incredible. The ladies were all “Sandlot” fans so when I came on set, I had a great in! They are all such a talented group and they made an extra effort to include me which was very nice.

Had you seen the first season prior to getting cast on the show? If so, what did you like about the show?
PATRICK: No, I hadn’t seen it. Having a one-year-old doesn’t leave a lot of time for watching shows. Try to get the most sleep we can. But yeah, when I booked it I watched the first season and it was worth every minute of lost sleep for me and my wife!

What has surprised you most about your career so far?
PATRICK: Each new role I book is a wonderful surprise. I love acting so much. So it is always a surprise and a pleasure to be able to create a new character.

At this stage of your career, what do you think you have learned from the roles and projects you have worked on?
PATRICK: I would say the biggest lesson that I have learned to date is that the movie as a whole is the top priority. The most important thing is that the movie is great and that it forwards a story. Everything else is secondary. Even a single actor’s great performance is not as important as the movie being great.

Then what are the perks of where you are in your career right now?
PATRICK: I would say that people know my work. This has helped open a lot of doors.

Has there been any great advice you have gotten about working as an actor?
PATRICK: Essentially you need to give everything your all. Put all of you and what you have to offer into the character and then let it go. This goes for auditions as well as filming. If you give it everything, then nothing else matters and you have to move on. What follows is out of your hands.

What advice would you offer to other upcoming and aspiring actors?
PATRICK: Mainly, I would say trust yourself and your instincts and don’t give up on your dream. You will never know what you are capable of if you never try.

Do you have any other upcoming projects that you can share that fans should keep an eye out for?
PATRICK: I acted in and produced a film titled “Bad Roomies” that is now on iTunes. I starred in a fun horror film — “Fear, Inc.” The second season of GLOW starts in June on Netflix. And lastly, I am teaming up again with the writer of “Bad Roomies” to develop a series loosely based on my character in “The Sandlot”!

To keep up with Patrick’s busy career and his future projects, be sure to follow him on Twitter @PatrickRenna and definitely watch for Season 2 of GLOW, which will premiere on June 29th on Netflix.

“The Sandlot” Stars Reunite 25 Years Later on the TODAY Show: