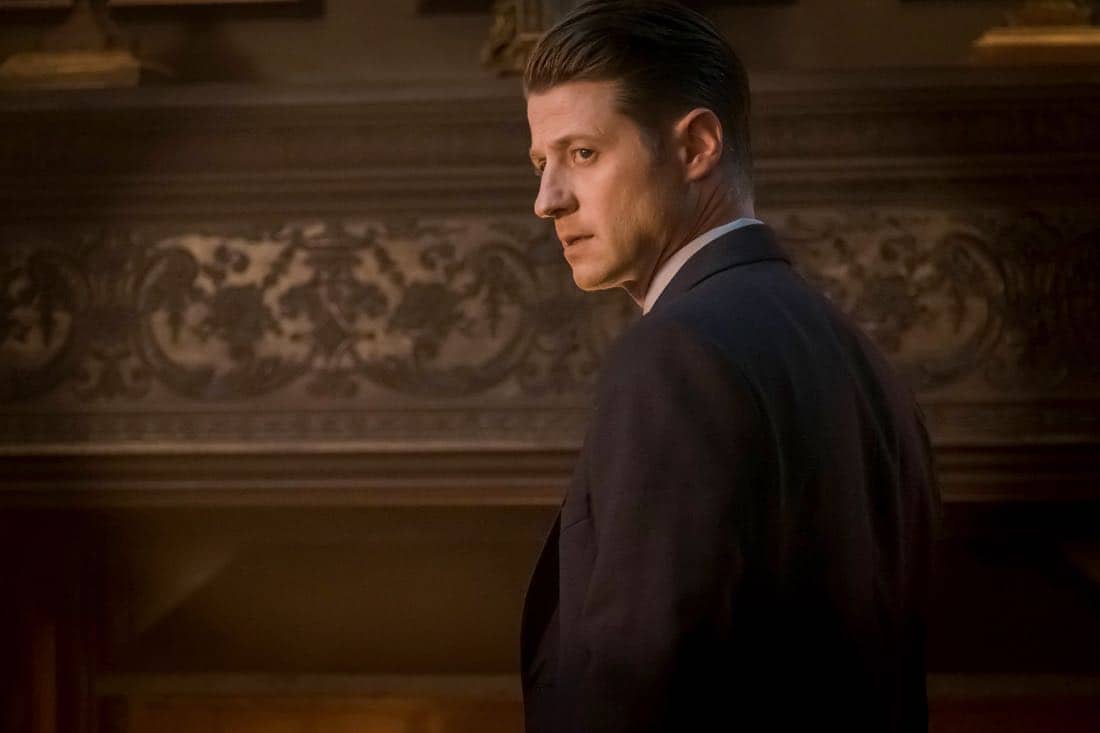 Bruce Wayne puts the lives of Gotham Natural History Museum historian Niles Winthrop (guest star Dakin Matthews) and his grandson, Alex (guest-star Benjamin Stockholm), in danger in an attempt to uncover the meaning behind his prized knife from the auction. Meanwhile, Ra’s Al Ghul (Alexander Siddig) proves he’ll take deadly measures to achieve what he wants. Also, with Sofia Falcone (Crystal Reed) in town, she is on a mission to win back Gotham from Penguin in the all-new “A Dark Knight: The Demon’s Head” episode of GOTHAM airing Thursday, Oct. 12 (8:00-9:01 PM ET/PT) on FOX. (GTH-404)  (TV-14 L, S, V) 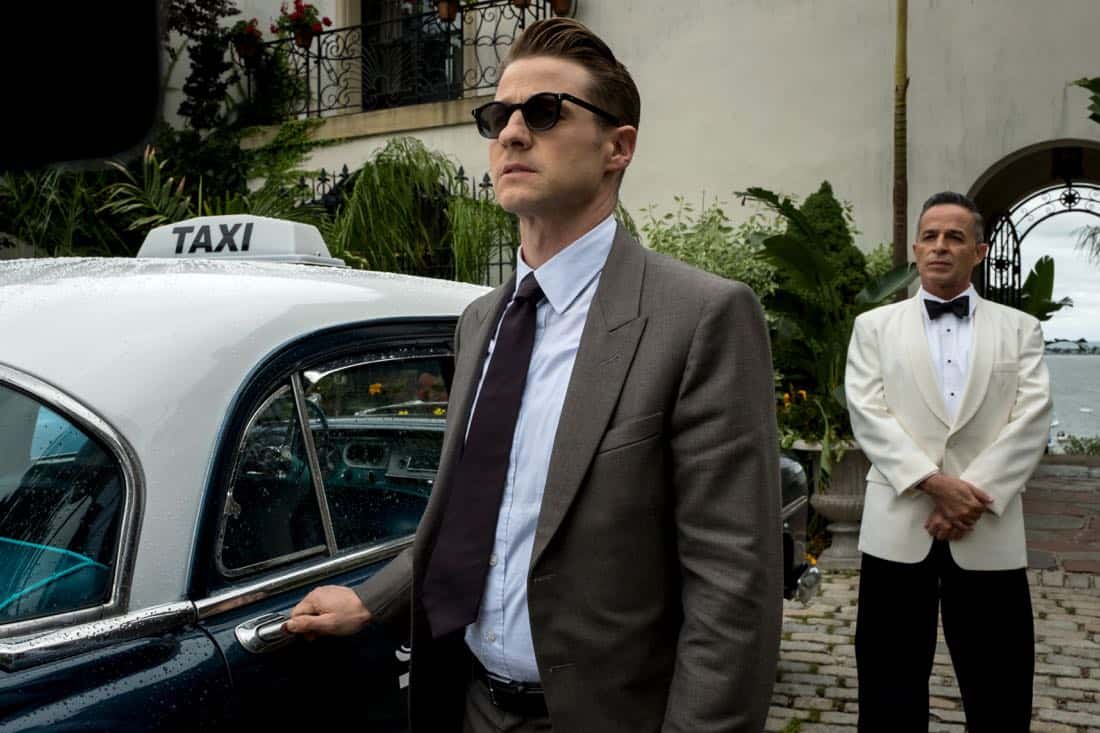 Gordon takes matters into his own hands when he travels to Miami in attempts to persuade Carmine Falcone for his help in the fight against Penguin. There, he meets Carmine’s (guest star John Doman) daughter, Sofia (Crystal Reed), who unexpectedly follows Gordon back to Gotham. The battle for Penguin’s prized weaponry continues during auction night at the Iceberg Lounge and Bruce’s presence puts him on Penguin’s radar in the all-new “A Dark Knight: They Who Hide Behind Masks” episode of GOTHAM airing Thursday, Oct. 5 (8:00-9:01 PM ET/PT) on FOX. (GTH-403)  (TV-14 L, V) 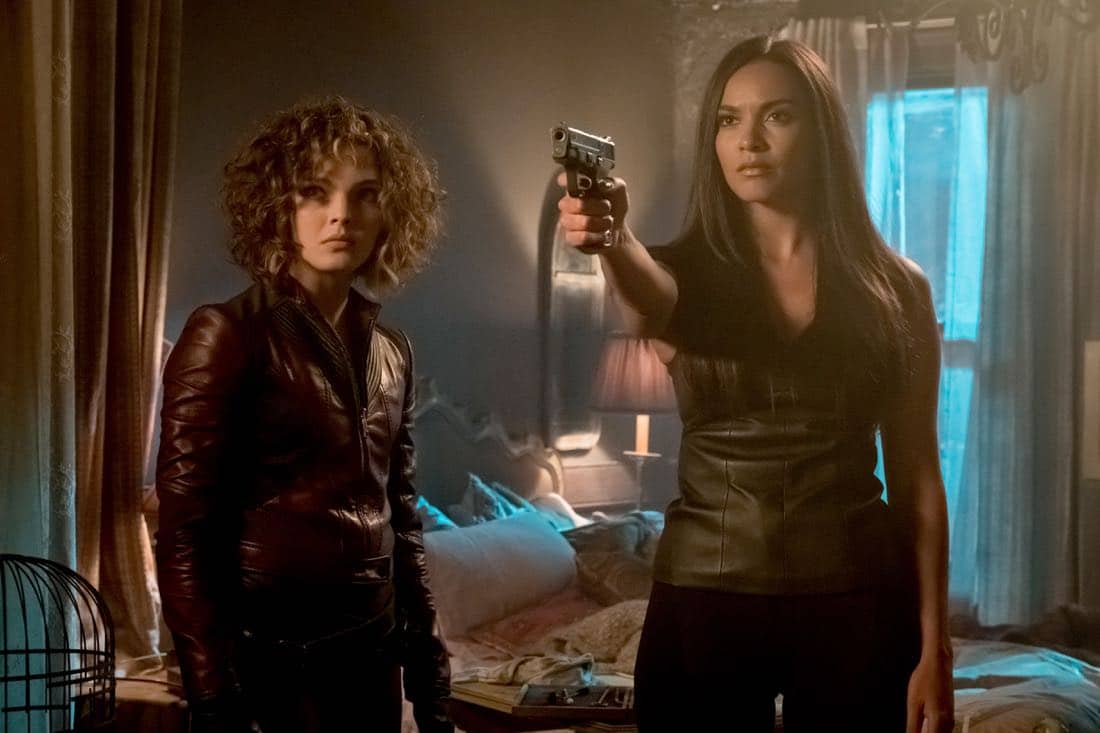 Under pressure to prove that the GCPD is still powerful, Gordon attempts to bring in Jonathan Crane. However, Gordon puts himself in a dangerous situation at Arkham when he is forced to fight off lunatics and the demon within himself. Meanwhile, with Barbara’s unexpected return, Selina and Tabitha must consider risks that come with joining her in the weapon business in the all-new “A Dark Knight: The Fear Reaper” episode of GOTHAM airing Thursday, Sept. 28 (8:00-9:01 PM ET/PT) on FOX. (GTH-402)  (TV-14 L, V) 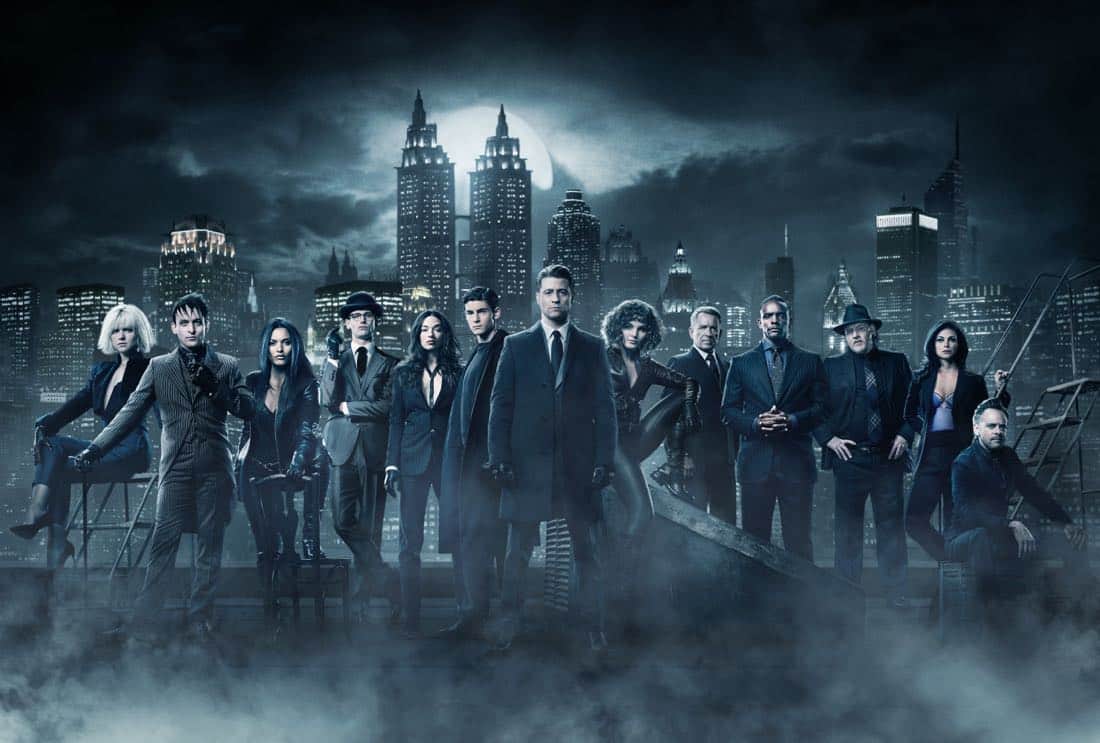 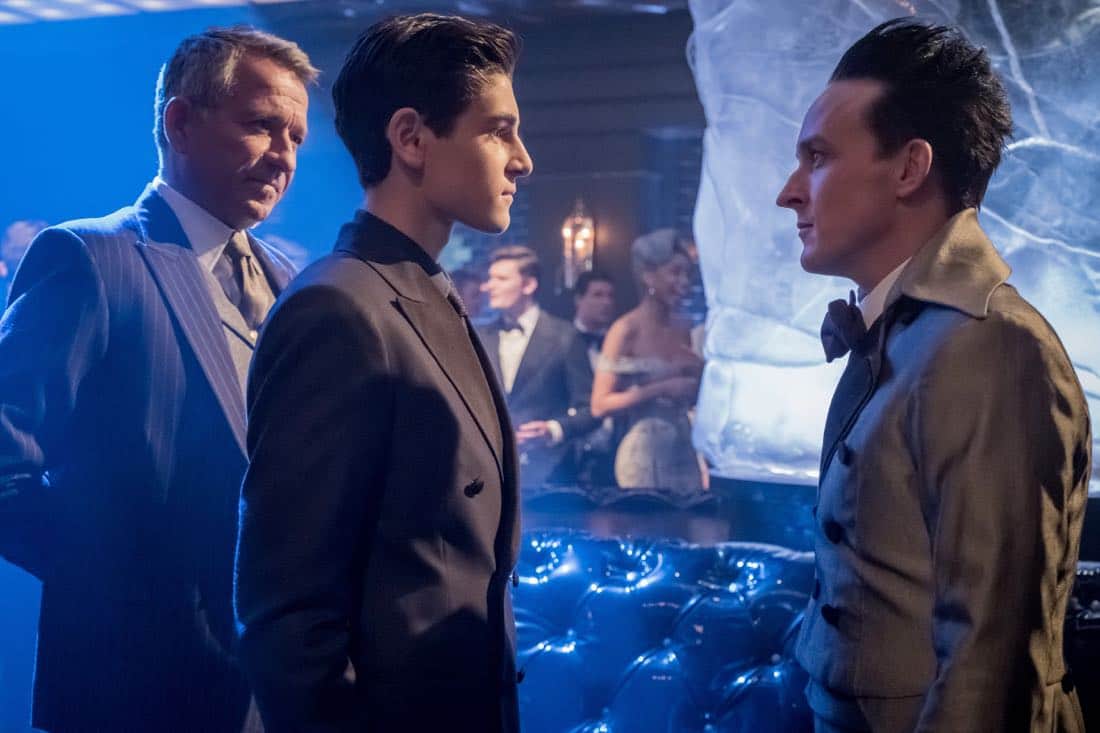 A LICENSE TO KILL ON THE ALL-NEW SEASON FOUR PREMIERE OF “GOTHAM” THURSDAY, SEPTEMBER 21, ON FOX

Gordon fears Jonathan Crane (guest star Charlie Tahan) is still alive and back in Gotham, when The Scarecrow’s signature MO is used in a series of robberies. Meanwhile, Penguin’s “licensing” of crime in the city backfires during the grand opening of his new Iceberg Lounge. Also, in the aftermath of his encounter with Ra’s Al Ghul, Bruce begins his vigilante watch in the all-new “Pax Penguina” season premiere episode of GOTHAM airing Thursday, Sept. 21 (8:00-9:00 PM ET/PT) on FOX. (GTH-401) (TV-14 L, V) 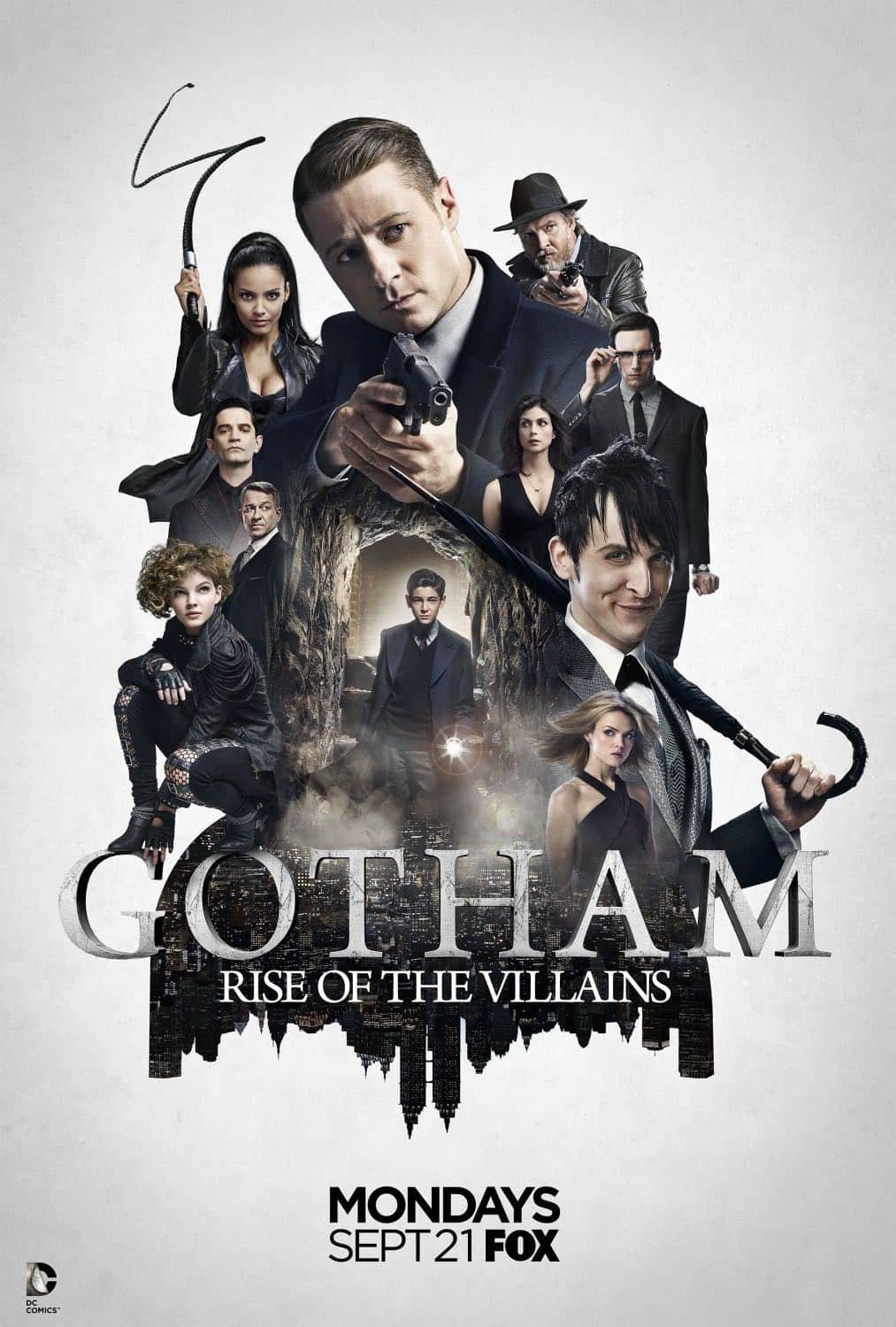 Season Four of GOTHAM will witness the emergence of the criminal landscape for which Gotham City is best known, with JIM GORDON (Ben McKenzie) and HARVEY BULLOCK (Donal Logue) at the forefront of the fight against the most depraved and unhinged villains. While Gotham City fights for normalcy, a new hero will rise, as BRUCE WAYNE (David Mazouz) begins to assume responsibility for the city’s well-being.

GOTHAM is based upon the characters from DC Comics and is produced by Warner Bros. Television. Executive producer Bruno Heller wrote the pilot, which was directed and executive-produced by Emmy Award nominee Danny Cannon. John Stephens serves as an executive producer and showrunner on the series. “Like” GOTHAM on Facebook at facebook.com/GOTHAMonFOX. Follow the series on Twitter @Gotham and join the discussion using #gotham. See photos and videos on Instagram at @GOTHAMonFOX.

Revealing an entirely new chapter that has never been told, in the rise of the great DC Super-Villains and vigilantes, GOTHAM follows one cop, destined for greatness, as he navigates a dangerously corrupt city teetering between good and evil, and chronicles the birth of one of the most popular super heroes of our time. 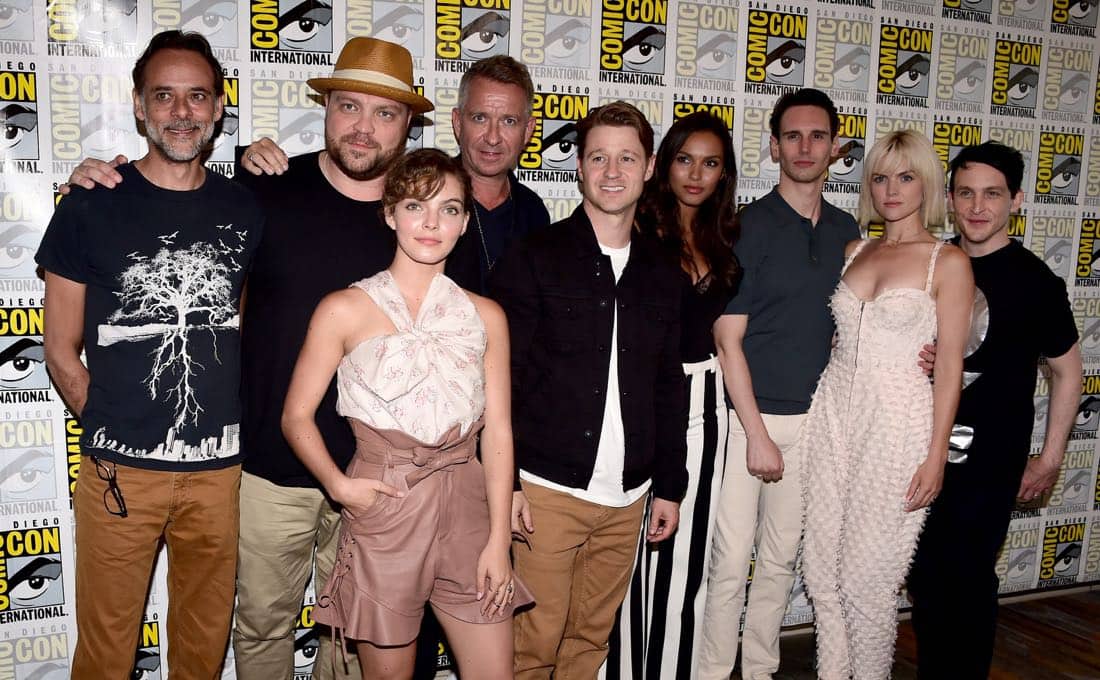 Gotham’s origin story continues to unfold, and as the show enters its fourth season, the stakes will be higher than ever! With the Court of … 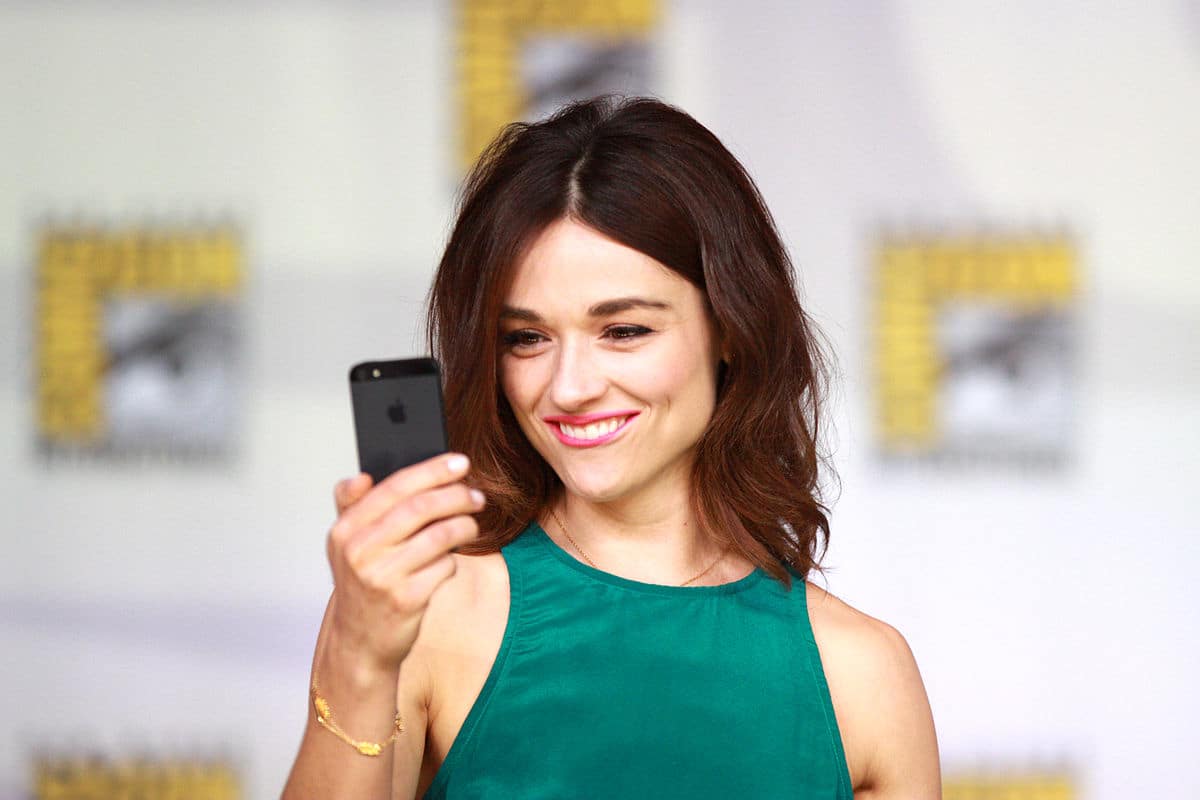 Crystal Reed Joins GOTHAM As Sofia Falcone Character Description: Sofia Falcone is the daughter of Don Falcone. Strong, intelligent and calculating, she has run the Falcone … 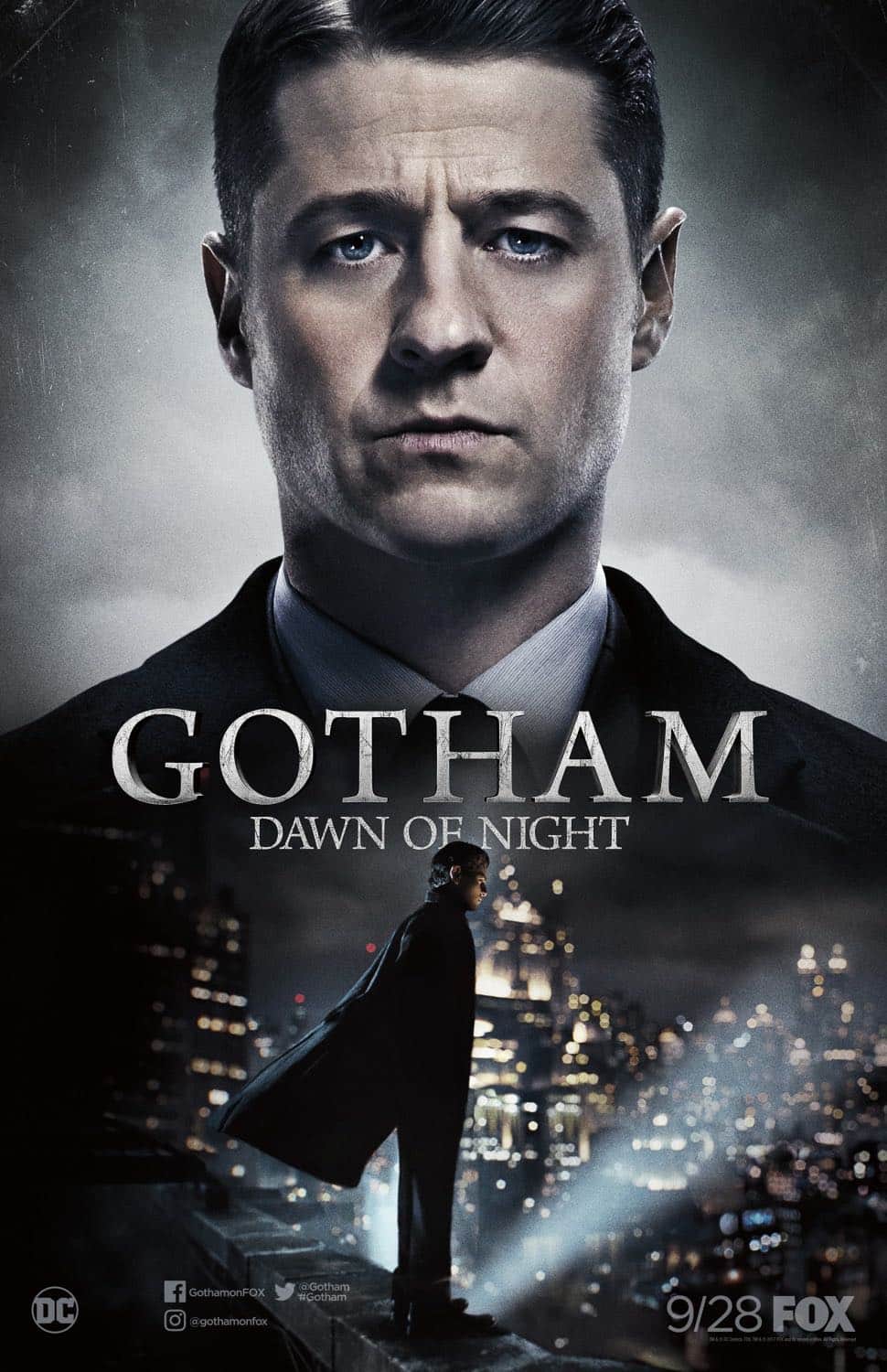 GOTHAM is based upon DC characters and is produced by Warner Bros. Television. Bruno Heller (“The Mentalist,” “Rome”), Danny Cannon (the “CSI” franchise, “Nikita”), John … 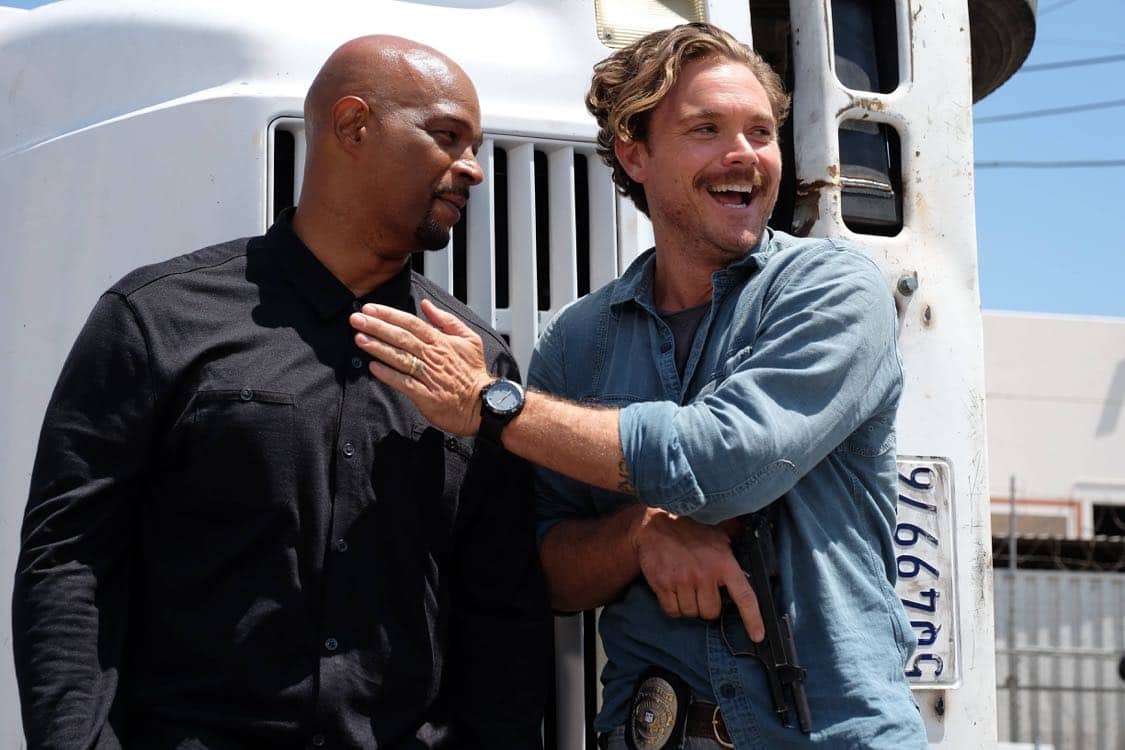 FOX has set the fall premiere dates for its new and returning series. THE GIFTED, the new family adventure series, produced in association with Marvel … 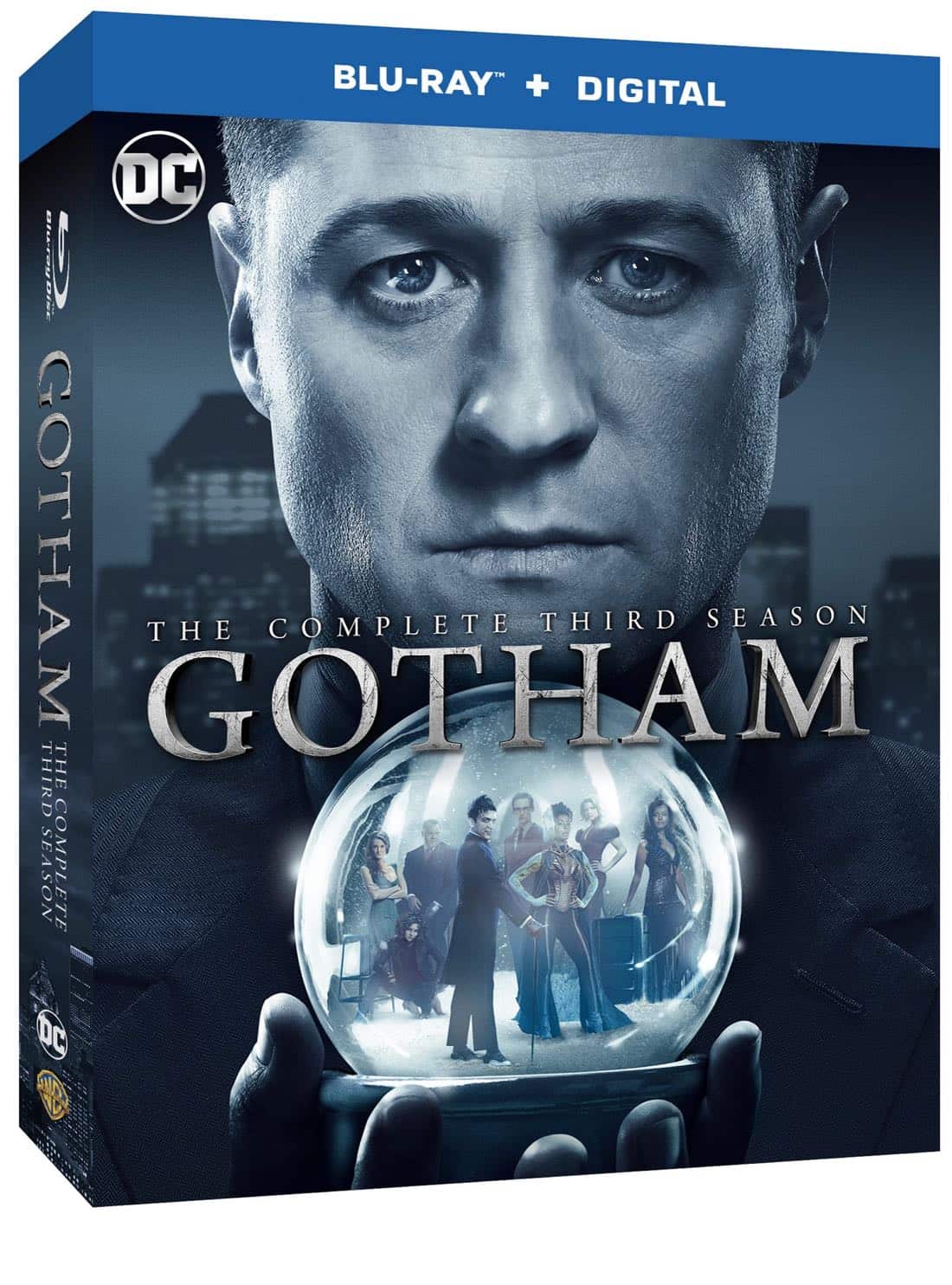 GOTHAM Season 3 Blu-ray And DVD Release Details In the latest season of FOX’s hit show, the power struggle in Gotham is more contentious than … 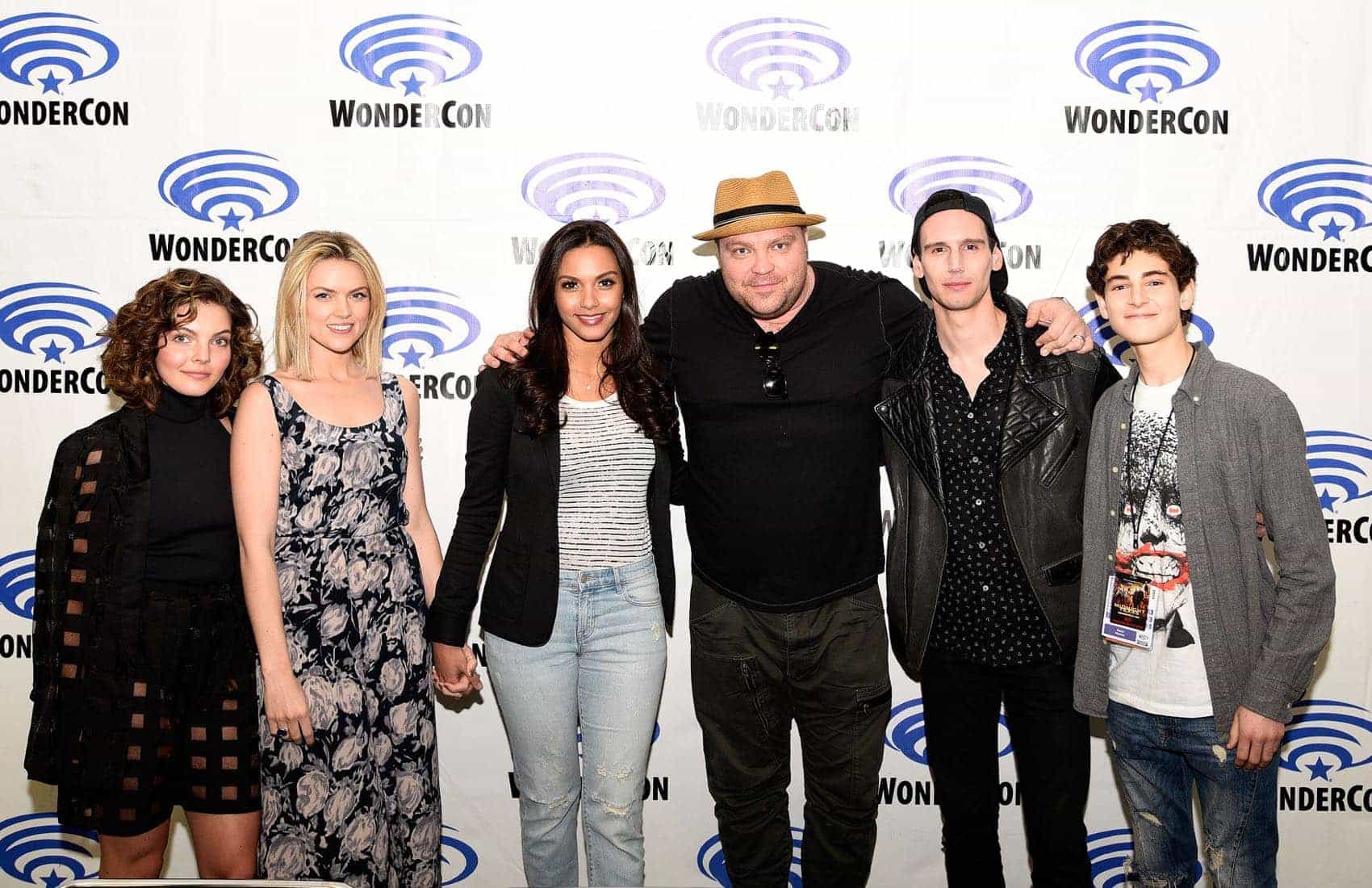 Gotham returns tonight on Fox and the second half of Season 3 promises us the “Heroes Rise.”  Gotham’s cast and EPs defended upon Wondercon to … 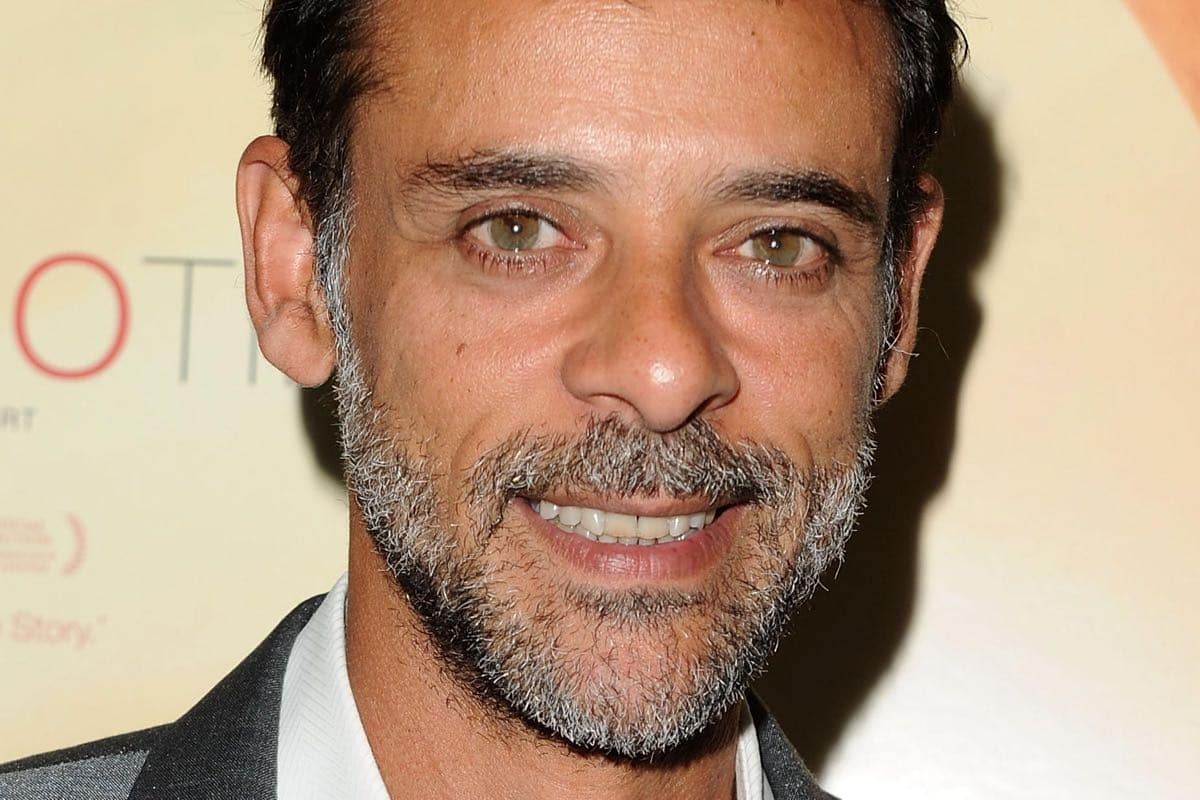 Character Description: As Bruce (David Mazouz) lifts the veil off the COURT OF OWLS, he finds the man pulling the strings is the enigmatic and powerful …