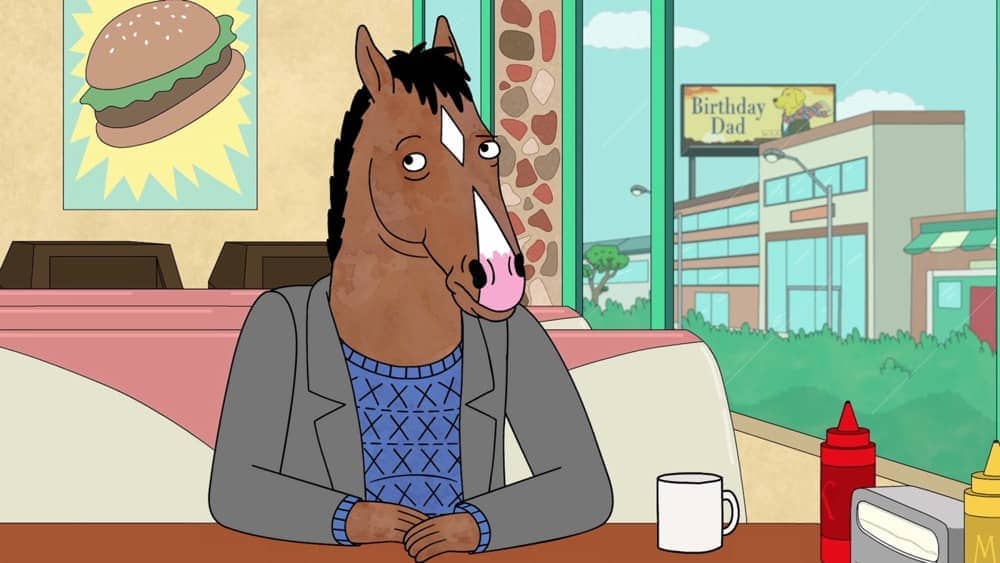 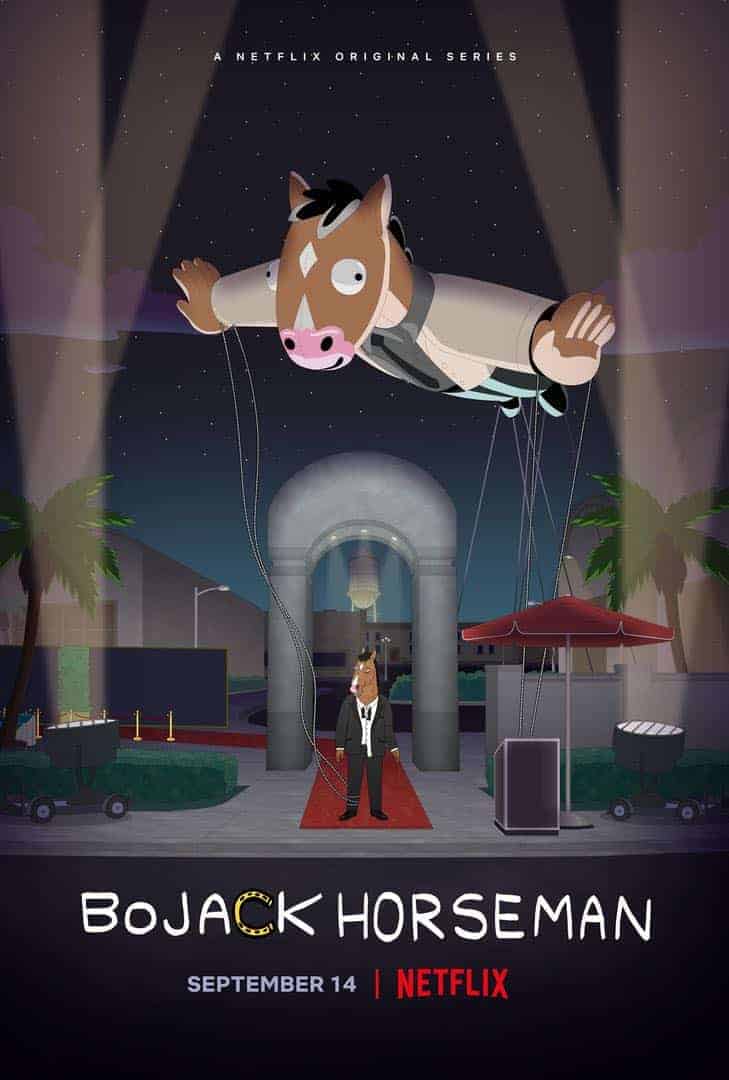 About BoJack Horseman Season Five (from creator Raphael Bob-Waksberg):
All right, season five of BoJack Horseman, here we go. Has it really been five seasons? Where does the time go, huh? Anyway, this season finds BoJack starring in a new TV show called Philbert, playing a character with disturbing parallels to BoJack’s real life, echoes that force BoJack to confront himself and his past in ways large and small, but the main thing that happens this season is Diane gets a haircut. We spent a lot of time figuring out the haircut — the style, the volume, the bounce, the sheen — and we’re really proud of the way it came out. We really think people are going to like this new season, and Diane’s new haircut! 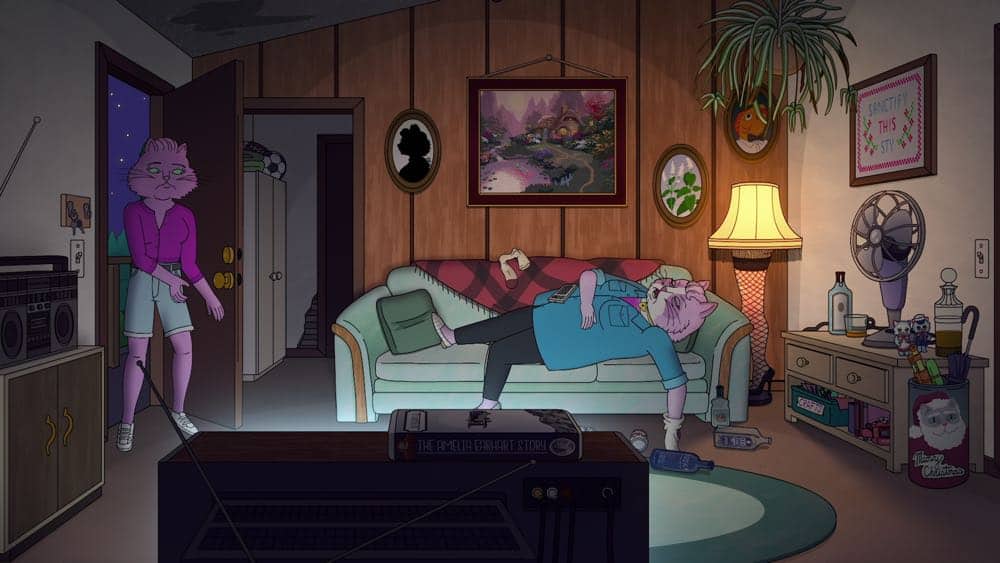 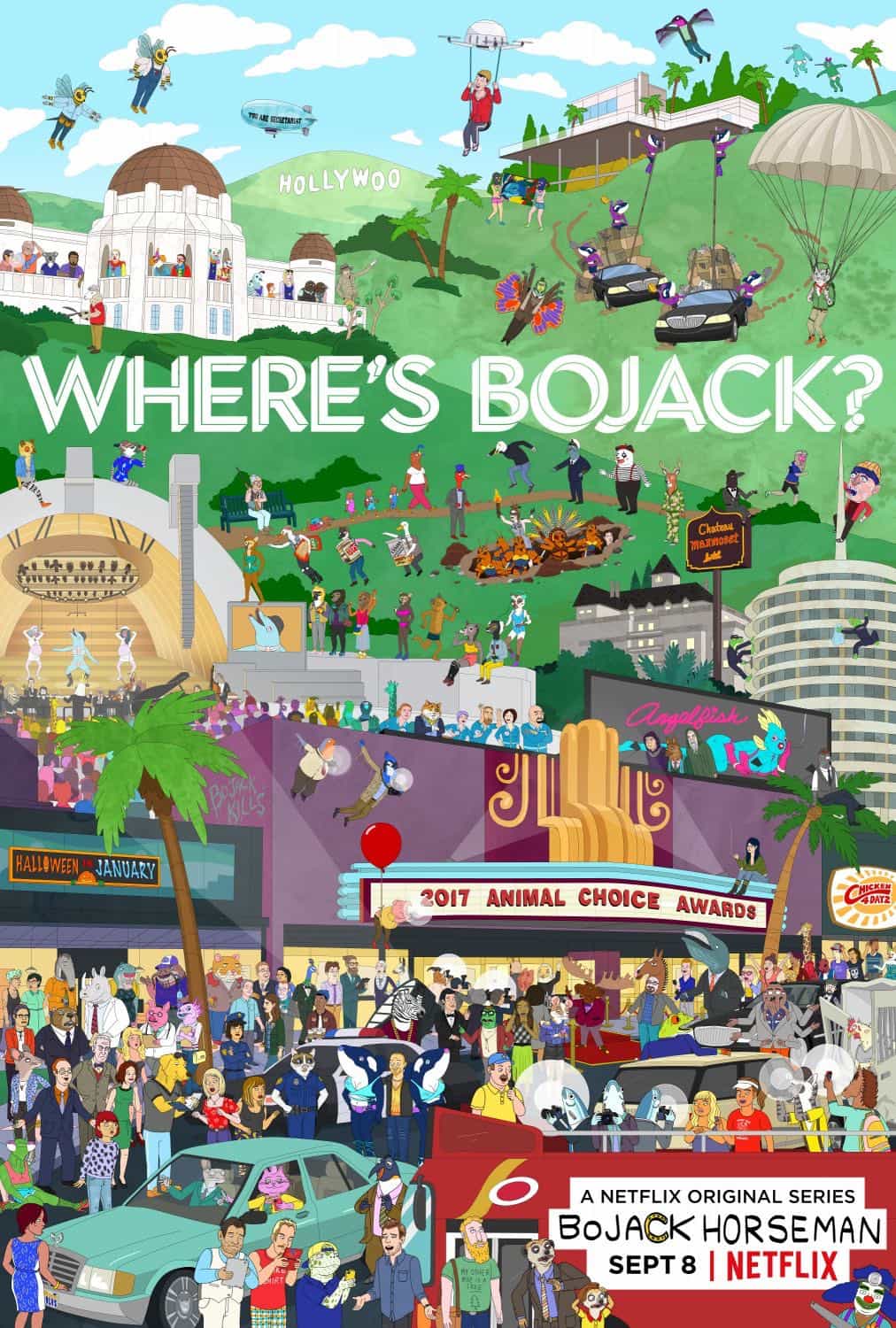 One of our “Clingy Execs” texted the pickup news to BoJack Horseman yesterday, and we have video of the texts to prove it. SO, THIS …

About BoJack Horseman Season Four (from creator Raphael Bob-Waksberg):
Bam boom, BoJack Horseman season four synopsis, here we go. Okay, so this season is full of all the things people love about their favorite depressed talking horse. First of all, you’ve got BoJack himself, who is up to his old tricks. Then you have Princess Carolyn, who is one cool cat. While Princess Carolyn toys with the idea of starting a family, BoJack has family issues of his own. This season, on BoJack Horseman. 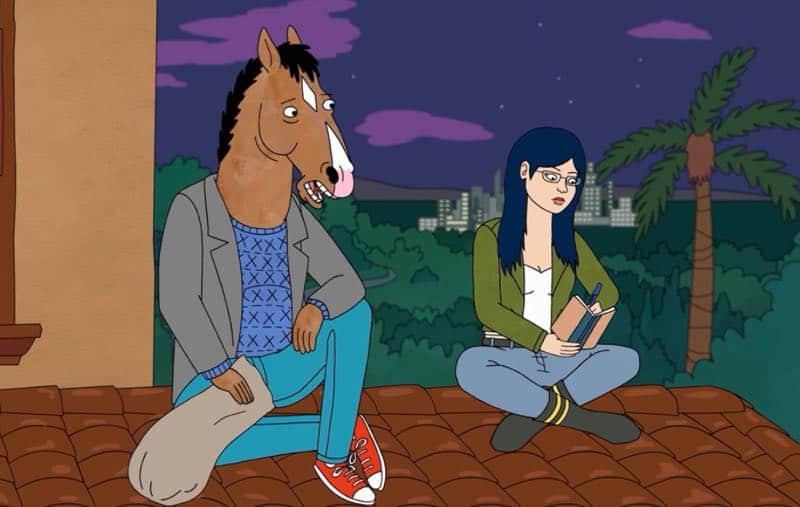 BoJack is grappling with his legacy while trudging through an increasingly turbulent Oscar campaign for his star-making turn in the Secretariat biopic. BoJack struggles with …

The darkly hilarious, critically-acclaimed, serialized animated adult comedy BoJack Horseman has been renewed for a third season, and will return with 12 new episodes in …