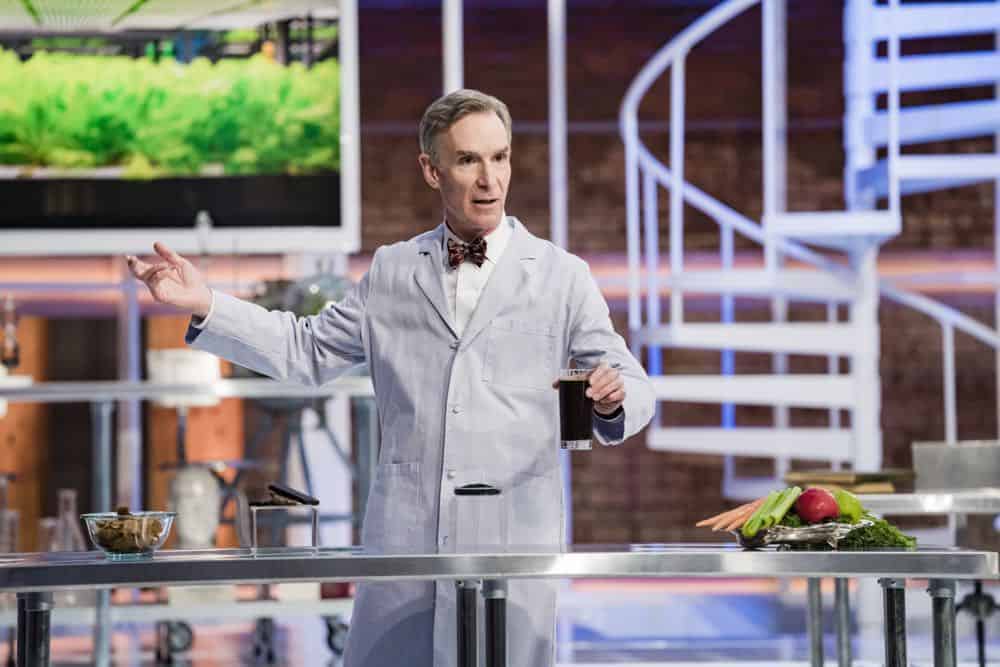 Bill Nye Saves The World Returns For Third Season May 11

Host Bill Nye dropped in on this past Sunday’s The Joel McHale Show to make the announcement and pull the ultimate, time traveling prank on Joel.

In the six-episode third season, host Bill Nye brings leading experts and the world’s brightest stars to his lab to explore scientific issues that touch our lives.

Nye tackles the truth behind evolution, how climate change will impact foods of the future, and what our pets can teach us about being human, with guests that include Arnold Schwarzenegger, Karlie Kloss, and Paul F. Tomkins. Michael Ian Black also returns with his comically angry “Mad Scientist” segment.

Michael Naidus, Julie Pizzi and Gil Goldschein serve as executive producers on the series. Bill Nye Saves the World is produced by Bunim-Murray for Netflix.

Episode 1: Evolution
Even people who “believe” in evolution may not understand it. Paul F. Tomkins joins Bill in an episode that explains why humans did not come from chimps and why we are not more evolved than a cockroach. (Btw, we know which came first: the chicken or the egg.)

Episode 2: Future food
With existing food sources threatened by climate change, farmers, ranchers, and even scientists are developing the foods of the future. Model Karlie Kloss visits Japan and comedian Margaret Cho gets into the kitchen with Bill. You won’t believe what’s for dinner!

Episode 3: Cheating Death
Spoiler Alert: We’re all going to die. But controversial technologies—like stem cells, head transplants, and 3D-printed organs—are extending our lives. We can really drag this thing out if we want to, but do we really want to live forever?

Episode 4: Addiction
Bill welcomes comedian Maria Bamford in an episode that asks the question – Is addiction a moral failing, a genetic predilection, or a product of your environment? Addiction ruins lives and costs society billions of dollars; can science help us stop?

Episode 5: Water Wars
It may seem crazy, but we’re running out of water. The Earth is covered with it, but very little of that is fresh, and only a tiny fraction of that is accessible. What can we do to avoid wars being fought over water?

Episode 6: What We Can Learn From Our Pets About Being Human
Are our brains unique, or do other creatures think and feel the way we do? Does your dog have a soul? What is your cat thinking? Hey human, maybe you ain’t that special. 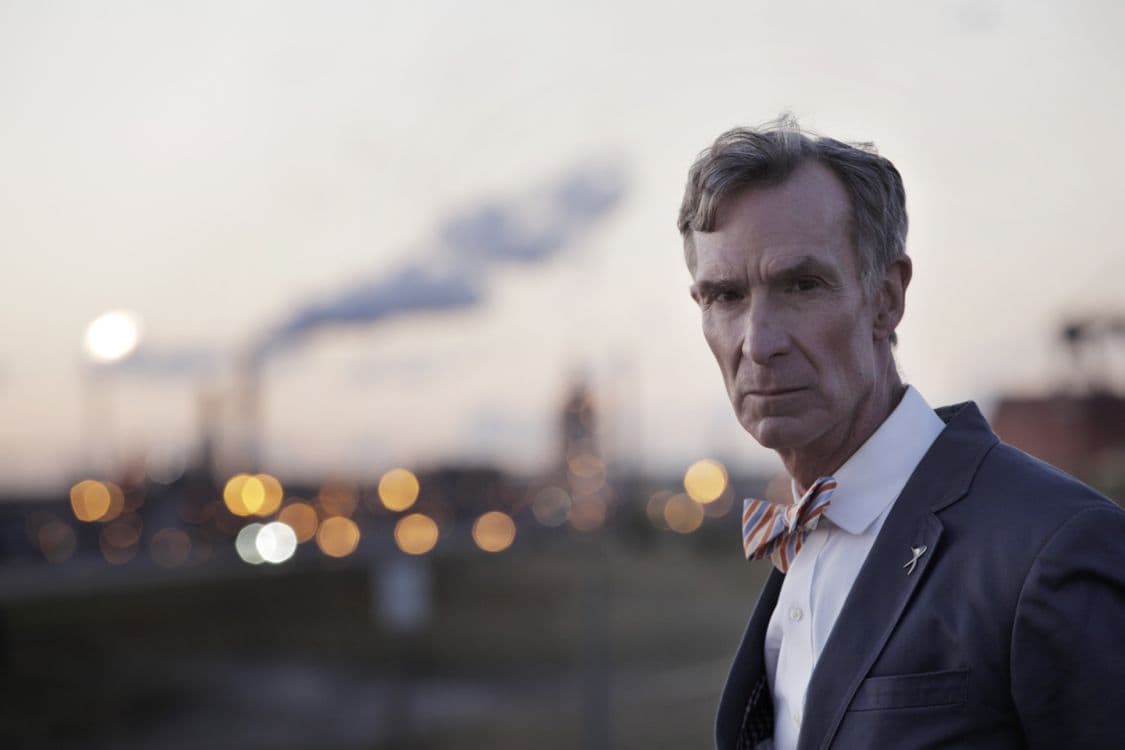 Today, Netflix announces that it will launch a new talk show, Bill Nye Saves the World, hosted by the famed scientist, engineer, comedian, author and …