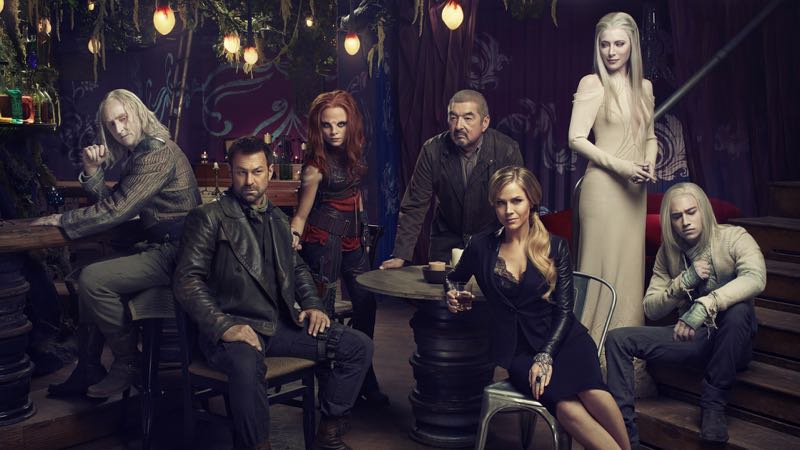 Production has commenced in Toronto, ON for the 13-episode third season of Syfy’s highly-rated Defiance, featuring new cast additions Lee Tergesen (The Americans) as military leader General Rahm Tak, Nichole Galicia (Django Unchained) as Kindzi and Conrad Coates (The Strain) as her father, T’evgin (both part of a new alien race known as the Omec).  Produced by Universal Cable Productions, season two of Defiance delivered an average of 1.2 million viewers 18-49 and 2.7 million total viewers (based on Live +7 data).

Following the events of the season two cliffhanger finale, season three of Defiance opens on the eve of an impending military siege upon the town, which has fallen on hard times following the collapse of its lucrative mines.  Their fate uncertain, the townspeople face further threat with the surprise arrival of the mysterious and nearly extinct Omec, an alien race of warriors marked by the decades of subjugation they imposed upon the galaxy in the years preceding the Pale Wars.

Lee Tergesen will portray General Rahm Tak, a ruthless, arrogant leader in the Votanis Collective who sees Defiance, now free of Earth Republic oversight, a symbolic target in his unrelenting pursuit of power. A Castithan, Rahm is a well-read, brilliant strategist who imposes his army upon the town with decisive force.

Conrad Coates plays T’evgin, the leader of the Omec who reluctantly carries the burden of his species’ survival on his shoulders.

Nichole Galicia is Kindzi, the fierce, beautiful and tough daughter of the Omec leader T’evgin; she is his second in command and a skilled fighter unafraid of danger.

Season three of Defiance is set to premiere on Syfy in Summer 2015.  The series is an unprecedented partnership between Syfy and Trion Worlds and the first-ever convergence of television and online gaming, featuring an interconnected world and storylines that co-exist on both platforms.