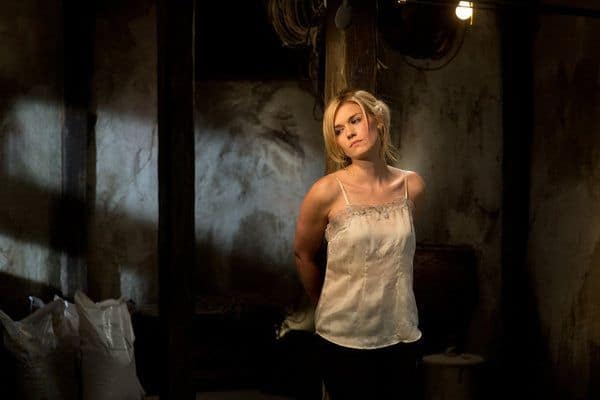 Syfy’s hit series Haven, the #1 cable program among Adults 18-49 and Adults 25-54 in its Friday 10-11PM (ET/PT) time period (based on Live +7 data), will return for a fourth season of 13 new episodes in 2013, it was announced today by Mark Stern, President, Original Content, Syfy, and Co-Head, Original Content, Universal Cable Productions.

Said Stern, “We couldn’t be happier to see the story of Audrey Parker and the creepy, quirky town of Haven continue next year. Season three has hit a creative and critical high and we’re very excited to see where the talented production team takes our colorful cast of characters led by the perfect trifecta of Emily Rose, Eric Balfour and Lucas Bryant in season four.”

Haven, based on the novella The Colorado Kid from renowned author Stephen King, follows former FBI agent Audrey Parker, who becomes a cop in the small town of Haven, Maine, and soon discovers the town’s many secrets, which also hold the key to unlocking the mysteries of her lost past – This season the story behind those secrets is finally revealed and all of Audrey’s questions will be answered leading up to Haven’s shocking Season three finale.

Haven is produced by Entertainment One and Big Motion Pictures in association with Piller/Segan/Shepherd and airs on Syfy in the U.S., Showcase in Canada and internationally on Universal Networks International’s channels. Entertainment One controls the worldwide distribution rights to the one-hour series and concluded a deal with Germany’s Tele München Group (TMG) for the television rights in Continental Europe.