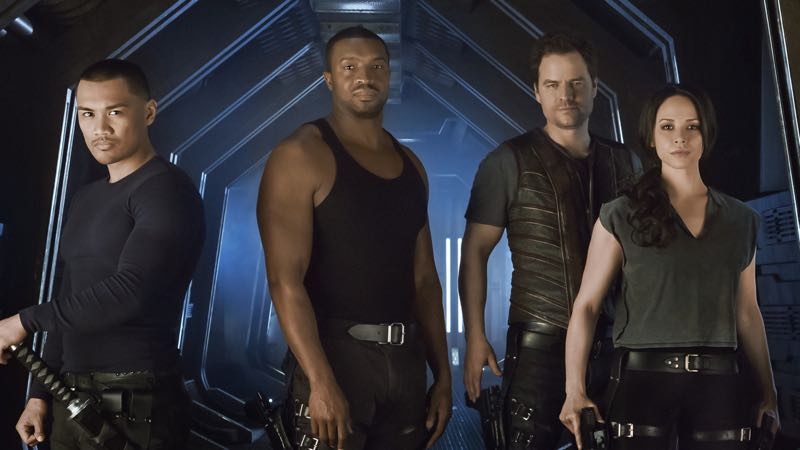 Syfy announced today that popular drama series Dark Matter has been renewed for a 13-episode second season, set to premiere on the network in 2016. The series, produced by Prodigy Pictures, follows six people who wake up on a derelict spaceship with no memories of who they are or how they got on board, averaged 1.8 million viewers in its first season on Syfy.

“With its mysterious premise and fascinating characters, Dark Matter has built an incredibly loyal, passionate and engaged fan base,” said Chris Regina, Senior Vice President, Program Strategy, Syfy. “We look forward to another out-of-the-world season from this talented creative team.”