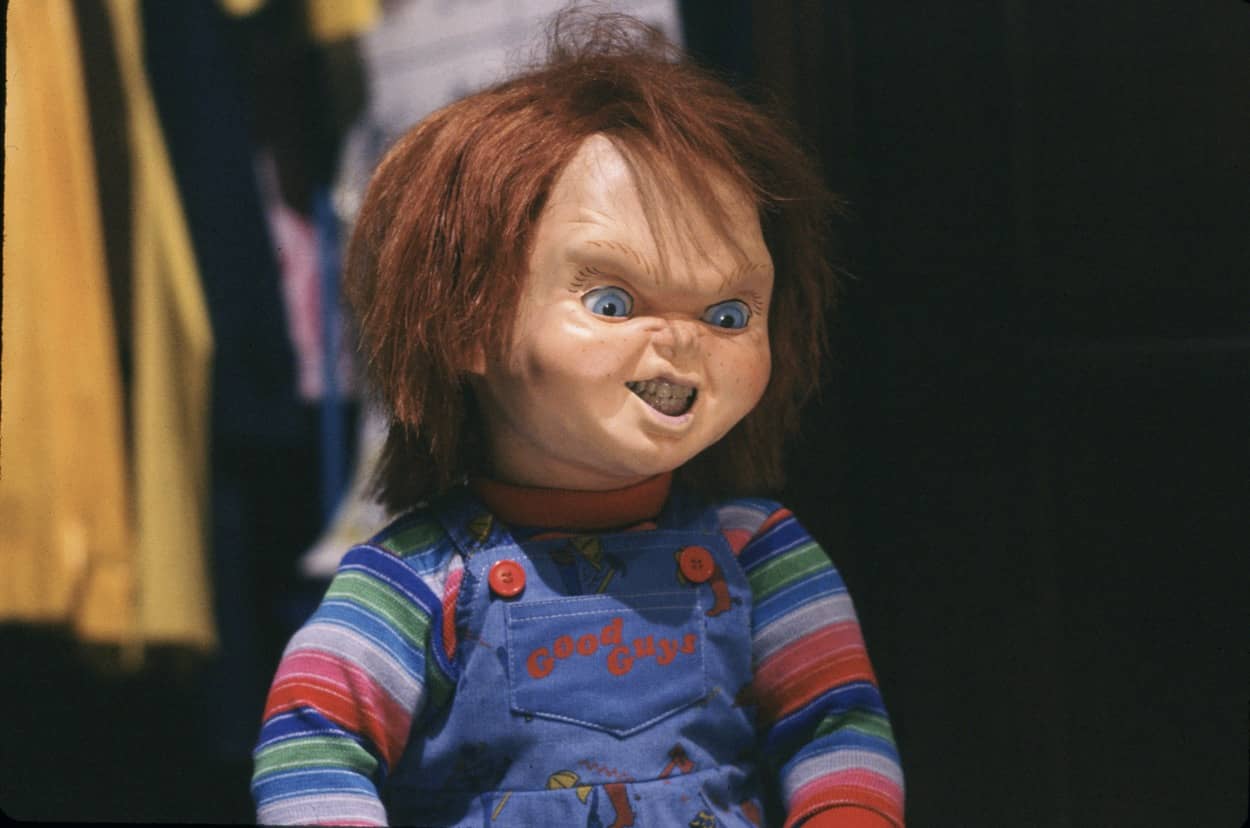 SYFY has placed a straight to series order for CHUCKY, the red-haired, freckled-faced doll possessed by the soul of serial killer Charles Lee Ray. Produced by UCP, the series will be executive produced by creator Don Mancini (“Hannibal,” SYFY’s CHANNEL ZERO), David Kirschner (“Hocus Pocus,” “Frailty”), and Nick Antosca (Hulu’s “The Act,” SYFY’s CHANNEL ZERO) via his banner Eat the Cat, through his overall deal with the studio. Emmy®-nominated Harley Peyton (“Twin Peaks,” SYFY’s CHANNEL ZERO) will also serve as executive producer. Mancini, who penned the film franchise, will also write the adaptation, serve as showrunner and direct the first episode.

“The character Don and David created has terrified audiences for over 30 years. The longevity and legacy of Chucky speaks to the creative storytelling and the loyal fans the film series has collected over the years,” said Chris McCumber, President, Entertainment Networks – USA & SYFY. “We are excited to once again partner with Nick and UCP on this new SYFY series, and are incredibly proud to bring Chucky to television for the first time with the original creators.”

In the new CHUCKY television series, after a vintage Chucky doll turns up at a suburban yard sale, an idyllic American town is thrown into chaos as a series of horrifying murders begin to expose the town’s hypocrisies and secrets. Meanwhile, the arrival of enemies — and allies — from Chucky’s past threatens to expose the truth behind the killings, as well as the demon doll’s untold origins as a seemingly ordinary child who somehow became this notorious monster.

In 1988, Chucky slashed his way into the pop culture zeitgeist with the premiere of “Child’s Play” directed and co-written by Tom Holland, produced by Kirschner, and based on a story by Mancini. The international sensation spawned six sequels, all of which Mancini wrote and Kirschner produced. Mancini also directed three of the films in the franchise: “Seed of Chucky” (2004), “Curse of Chucky” (2013) and “Cult of Chucky” (2017).

SYFY is a global, multiplatform media brand that gives science fiction fans of all kinds a universe to call home. Celebrating the genre in all its forms, SYFY super-serves passionate fans with scripted original science fiction, fantasy, paranormal and superhero programming, along with late night animation, fan-focused franchises and live event coverage. The brand is powered by SYFY WIRE (www.syfy.com), the premier editorial brand for fans of sci-fi, fantasy and horror. SYFY is part of NBCUniversal, one of the world’s leading media and entertainment companies. NBCUniversal is a subsidiary of Comcast Corporation.

UCP is a premium content studio that operates with a highly curated indie sensibility, while simultaneously leveraging the power and scale of NBCUniversal. As fierce advocates for creators with an eclectic point of view, the UCP team develops pioneering and award-winning scripted programming with partners such as Amazon (“Homecoming”), Netflix (“The Umbrella Academy,” “Brand New Cherry Flavor”), Hulu (“The Act”) and YouTube (“Impulse”), as well as NBCUniversal’s Peacock (“Dr. Death,” “Brave New World,” “Battlestar Galactica,” “Angelyne”), USA (“Mr. Robot,” “The Sinner,” “The Purge,” “Dirty John,” “Briarpatch,” “Treadstone,” “Dare Me”) and SYFY (“Resident Alien,” “The Magicians”). UCP’s content library also features more than 800 hours of award-winning and critically-acclaimed content, including “Monk,” “Battlestar Galactica” and “Psych.” The studio will be launching UCP Audio in 2020 with original scripted and unscripted podcasts.