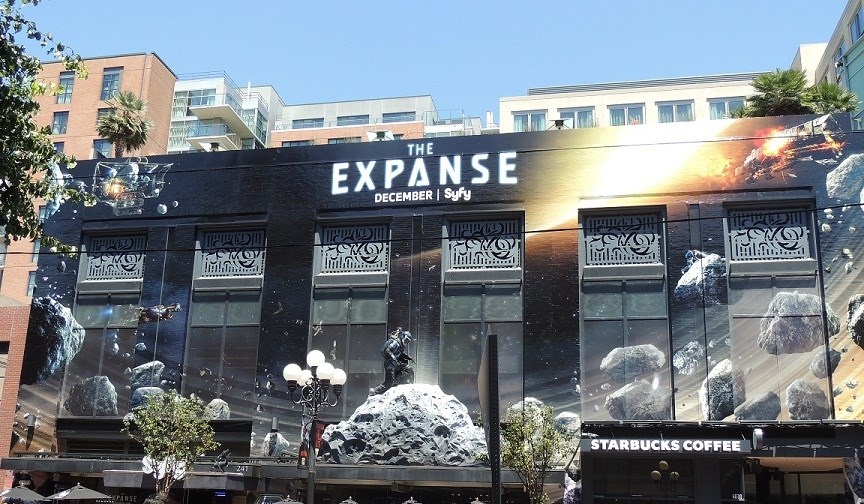 Syfy will invade the world’s largest pop culture convention this summer with SYFY PRESENTS LIVE FROM COMIC-CON, a three-night telecast directly from the heart of San Diego Comic-Con. The special – Syfy’s first-ever live broadcast from Comic-Con – will air on the network Thursday, July 21 through Saturday, July 23 at 8/7c.

“For nearly two decades, Syfy has been a mainstay at Comic-Con,” said Chris McCumber, President, Entertainment Networks, NBCUniversal Cable Entertainment. “Each and every year, we can’t wait to get to San Diego to share our mutual fandom and passion for all things pop culture with our viewers. And this year, we’re thrilled to extend that immediate, first-hand access to those at home as well.”

“Our goal with SYFY PRESENTS LIVE FROM COMIC-CON is to give everyone the experience of being on the convention floor, at the events, or just walking through the frenzied streets of the Gaslamp District … with hundreds of thousands of their closest friends,” said Heather Olander, Senior Vice President, Alternative Series, Development and Production, Syfy.

In addition, starting Sunday, July 17, Syfy will kick off a Comic-Con celebration on-air, online and across its social media platforms, offering fans customized, exclusive content to fuel their excitement throughout the entire week. SYFY’S 7 DAYS OF COMIC-CON will start Sunday, July 17 and continue through the 23rd.