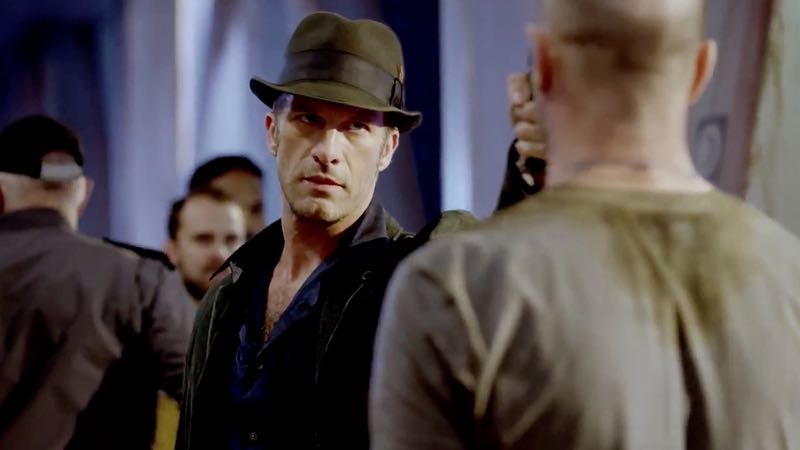 Syfy’s highly anticipated space thriller The Expanse will launch with a two-night premiere Monday, December 14 and Tuesday, December 15 at 10PM (ET/PT). The epic drama from Alcon TV is based on the international best-selling book series of the same name and will regularly air on Tuesdays at 10PM for the remainder of its 10-episode first season.

The most ambitious series in Syfy history, The Expanse is set two hundred years in the future, after mankind has colonized the solar system. A hardened detective (Thomas Jane, Hung) and a rogue ship’s captain (Steven Strait, Magic City) come together for what starts as the case of a missing young woman and evolves into a race across the solar system to expose the greatest conspiracy in human history.

Emmy® winner and Oscar nominee Shohreh Aghdashloo (House of Saddam, House of Sand and Fog) also stars as Chrisjen Avasarala, a smart and cunning politician who has risen in the ranks of Earth’s governing body without once standing for election.

Sean Daniel (Graceland, The Mummy) and Jason Brown of the Sean Daniel Company developed the original pitch as a direct-to-series project, with Fergus and Ostby. Daniel and Brown are executive producers. Ben Cook serves as a producer.

The series is based on the popular New York Times bestselling book series collectively known as The Expanse, written by Daniel Abraham and Ty Franck (under the pen name James S. A. Corey). Abraham and Franck are show producers.